Scott Morrison rebukes Craig Kelly in Parliament, but no sanctions

admin 4 weeks ago Federal Politics Comments Off on Scott Morrison rebukes Craig Kelly in Parliament, but no sanctions 8 Views 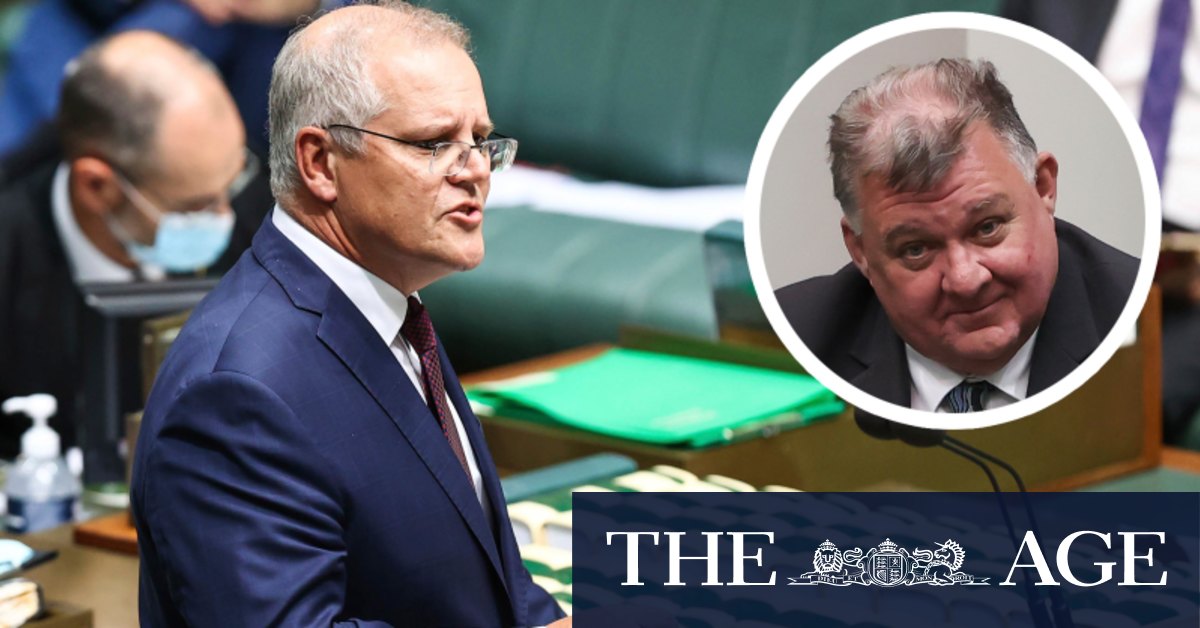 “It is true that the views expressed by the Member for Hughes do not align with my views, or the views of the advice that has been provided to me by the Chief Medical Officer,” Mr Morrison said.

“Vaccination is critical. It is our primary responsibility this year, as we continue to respond to the pandemic.”

The statement came after Labor challenged Mr Morrison to condemn Mr Kelly and Labor frontbencher Tanya Plibersek clashed with the Liberal backbencher in a televised argument that intensified political pressure on the Prime Minister.

Labor leader Anthony Albanese told Parliament he welcomed the “belated” statement from Mr Morrison to distance himself from Mr Kelly.

But when Mr Albanese described Mr Kelly’s comments as “dangerous” the Liberal MP interjected by asking “which ones?” – a sign he would continue the dispute over whether his remarks were right or wrong.

Mr Morrison made no personal criticism of Mr Kelly and did not suggest a sanction against him.

Mr Kelly did not repudiate his claims about two potential treatments – hydroxychloroquine and ivermectin – but gave public support to the vaccination program.

“I agreed to support the government’s vaccine rollout, which has been endorsed by medical experts,” he said.

“I have always sought to support the success of our nation’s public health response during the pandemic.

Nationals MP and former resources minister Matt Canavan spoke up for Mr Kelly, saying “the best way to lose a debate is to kill a debate” and the backbencher’s views should be debated.

“I think we need more Craig Kellys willing to say unpopular things because it is only by challenging ideas that we get better ideas,” Senator Canavan said.

Australian health authorities do not recommend hydroxychloroquine or ivermectin for COVID-19 but Newcastle University emeritus professor Robert Clancy, a respected immunologist, says studies have shown they are effective and safe, although not a replacement for vaccines.

Mr Kelly made it clear early on Wednesday that he did not oppose vaccination and would make a decision about the COVID-19 vaccines after a consultation with his local doctor.

While Mr Kelly’s claims about COVID-19 drugs have been disputed for months, the politics escalated on Wednesday morning when Ms Plibersek confronted him in the press gallery corridor.

“My mum lives in your electorate and I don’t want her exposed to people who are not going to be vaccinated because of these crazy conspiracy theories that you’re spreading,” Ms Plibersek told him.

Mr Kelly then held a press conference in which he confirmed the Prime Minister had phoned him the day before, but he said the call had not included any criticism of his public statements or his decision to appear on a podcast with celebrity chef Pete Evans, who has been removed from Facebook for spreading misinformation about COVID-19.

Those comments contradicted a media report the night before, apparently sourced from within the government, that Mr Morrison had given him a “dressing down” over the phone.

With Mr Kelly’s comments being aired live on news programs on Wednesday morning, Mr Morrison called the backbencher into his office for a face-to-face talk in which the Prime Minister said he could not support the backbencher’s views or actions.

Mr Morrison followed this with his statement in Parliament rejecting Mr Kelly’s views.