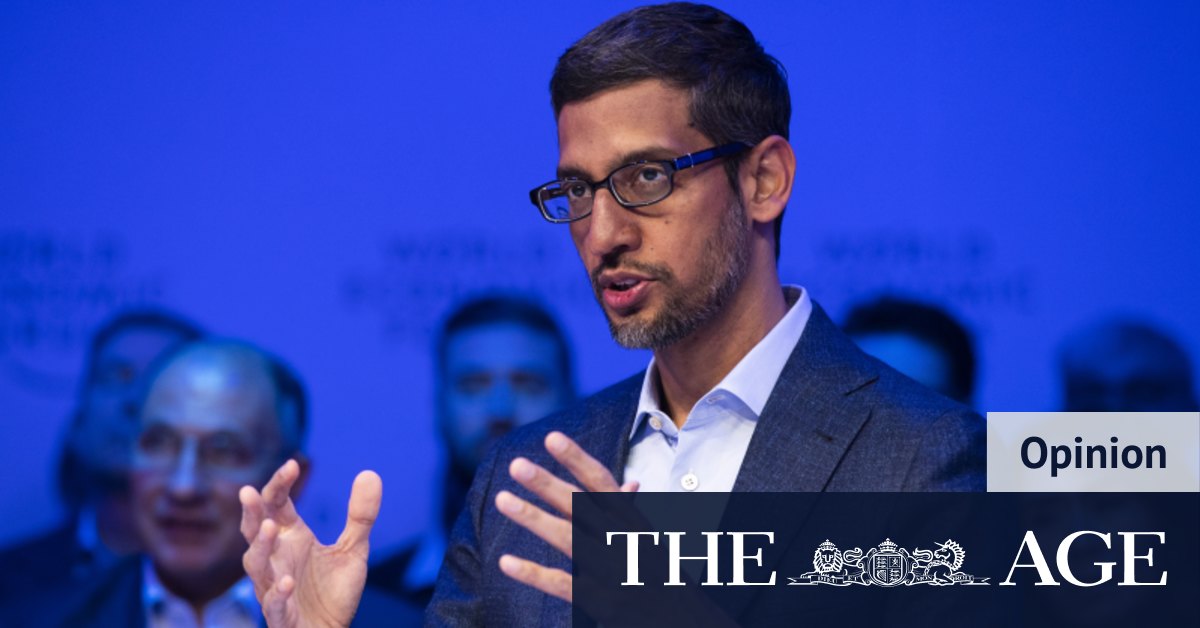 And if negotiations between publishers and Google and Facebook cannot agree they must accept an arbitrator’s decision. Google says that’s a hard no – and has threatened to remove its search function from Australia.

Facebook vowed to block users in Australia from posting or sharing links to news.

From the government’s perspective, the principle being addressed here is the power imbalance between the media organisations on the one hand and Google and Facebook on the other.

Morrison has two reasons to stand his ground. Firstly, a sovereign nation should not be seen to be dictated to by any company – even a company like Alphabet valued at $US1.4 trillion ($1.84 trillion). Secondly, making an enemy of Australia’s largest media organisations is a political own-goal. Australian publishers have put relentless pressure on the government to stand firm.

Morrison emerged from the video-link up suggesting the meeting was “constructive” and that discussions were “in a more positive state”.

“They understand that Australia sets the rules,” Morrison said.

These remarks are sufficiently vague that there can be little confidence Google has given any ground. There was no suggestion that there was a meeting of minds – indeed Morrison said Pichai had brought up particular elements of the code.

But Morrison’s comments that Google was “more positive” about continuing to operate in Australia may indicate that the tech giant is moving away from its nuclear option.

That would represent a backdown from its current public position.

Less than a day before this meeting took place Alphabet delivered its annual report to shareholders, telling them the company won’t sacrifice its business models if they are challenged by changes in a jurisdiction’s sovereign regulations.

“Changes in international and local, social, political, economic, tax, and regulatory conditions or in laws and policies governing a wide range of topics may increase our cost of doing business, limit our ability to pursue certain business models, offer products or services in certain jurisdictions, or cause us to change our business practices,” Alphabet’s annual report said.

The cost for Google and Facebook of signing up to the code is minuscule – chump change for companies of their size.

And Australia got a special mention as the Google empire’s problem child.

“We have in the past had to alter or withdraw certain products and services as a result of laws or regulations that made them unfeasible, and new laws or regulations, such as the News Media Bargaining Code drafted by the Australian Competition and Consumer Commission currently tabled in parliament, could result in our having to alter or withdraw products and services in the future. These additional costs of doing business, new limitations or changes to our business model or practices could harm our business, reputation, financial condition, and operating results.”

Of course, the cost for Google and Facebook of signing up to the code is minuscule – chump change for companies of their size.

(Alphabet this week announced quarterly revenue of $US46.43 billion for its fourth quarter – which wildly beat analysts’ expectations.)

Companies so huge and particularly ones that operate in near-monopolies don’t like having their superior negotiating position undermined by anyone – including governments. And if Australia manages to neutralise their bargaining position, who is to say that others around the world wouldn’t follow the lead.

Australia’s competition regulator has a history of punching above its weight in attempting to tame these giant IT platforms.

Previous ‘It is what it is’: Back-to-office plans in disarray as high schools mask up
Next AFLW expert tips, round two

“You don’t just suddenly throw up your hands and say there is no way forward. …