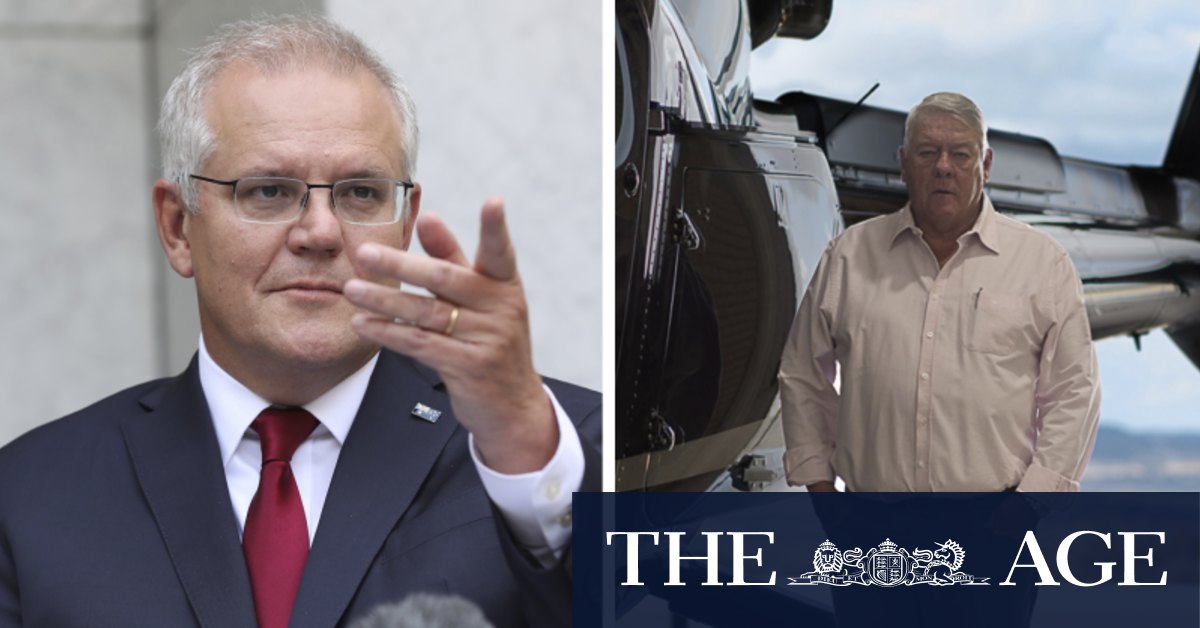 “The Commonwealth is providing a detailed list of issues and questions to the Queensland government on the proposal in order to properly assess the viability of this option,” Mr Morrison said.

Wagner Corporation chairman John Wagner said the first 500 beds could be built in as little as five to six weeks and his family-owned firm has put a “comprehensive and commonsense” proposal on the table which would provide a safe alternative to hotel quarantine.

“Aircraft would come to our airport at Toowoomba, international arrivals would walk down the steps, get on a bus and a few minutes later they are at the facility,” he said.

“The facility would have all the regulatory requirements, it will be well-policed and secure, quarantine arrivals would not come through our existing terminal and would not interact with airport staff or the general public.”

A further advantage was staff would live on site, so “you don’t have cleaners and cooks and so on going in and out of the community after they have finished work each day”.

The state government wants the Commonwealth to pay for construction. In return, Queensland would increase its 500-person a week cap on international arrivals.

A Toowoomba facility would not be a large-scale replacement of hotel quarantine, the Prime Minister said.

He said hotel quarantine remained the “most effective way” to deliver quarantine “at scale”.

Mr Morrison struck a similar deal with the Northern Territory government in October.

The Commonwealth funnelled $243.7 million into the Howard Springs quarantine facility and in return the NT welcomed thousands more overseas arrivals.

Queensland Premier Annastacia Palaszczuk first floated the idea to shift quarantine facilities away from major population centres after an outbreak at a Brisbane hotel sent more than 2 million people into a three-day lockdown last month.

Several cases of hotel quarantine staff being infected with COVID-19 in Melbourne and Perth in recent days has reignited debate about the ability of CBD hotels to handle new, more infectious strains of the virus, particularly given the increased risk of aerosol transmission.

Victoria’s Coalition opposition has supported the idea to move quarantine out of capital cities, and Premier Daniel Andrews said he would consider moving hotel quarantine into regional areas if health experts and national cabinet suggested the proposal, but it wouldn’t completely mitigate the risk of community transmission.

“Any facility will have to be staffed,” he said. “Staff have lives.”

Acting Queensland Premier Steven Miles said his state would still have quarantine hotels, but a “centralised facility” would ensure things were more “uniformed”.

He said a large quarantine centre would be “easier to police” and outbreaks could be more easily managed.

On Thursday morning, Mr Morrison singled out the Toowoomba proposal as something he would be “looking at as supplementary capacity” adding that he was writing to Ms Palaszczuk about it.

Toowoomba’s mayor, Paul Antonio, said last week that while it was a matter for state and federal governments to approve, “I have great faith in the Wagners’ capacity to deliver a secure and comfortable facility for returning overseas travellers.”

Mr Wagner said such a facility could also assist the university sector by providing an additional route into the country for returning students. He said he’d received a flood of emails from Australians trapped abroad who want the proposal to go ahead, while cautioning it was a matter for the state government and the Commonwealth.

“The reality is the international borders are not going to open without any quarantine issues for years,” he said. “So we should get in and build it now, it will pay for itself over and over and keep the community safe … my only regret is that I didn’t think of it back in March.”

The Prime Minister rejected another proposal to send returning travellers to mining camps near Gladstone in central Queensland.

“It is not practical to offload the burden of quarantining overseas arrivals to Gladstone. It’s not a good idea,” Mr Morrison said.

“If we were to see an outbreak in central Queensland it would be devastating for the local community and economy.”

Mr Andrews said a national network of emergency housing fit for the pandemic and other disasters such as bushfires “wouldn’t be a bad thing”.

“I am always happy to sit down with the Prime Minister and see if there are some bespoke facilities that can be built,” he said.