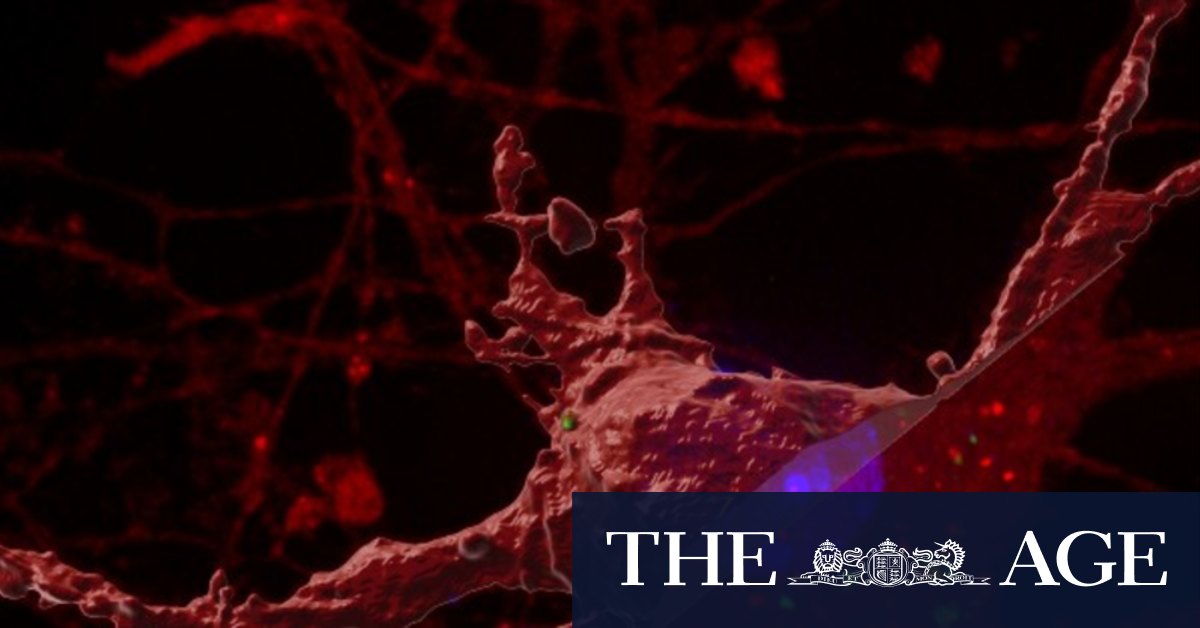 Professor Götz said they had discovered for the first time that a mechanism of the brain unfortunately punches holes in these sacs, which allows the tau protein to spill out.

“This is all a natural mechanism of the cells in the brain, it’s almost like these cells are acting like Trojan horses, they contain these proteins that spill out and cause this damaging effect.” he said.

Professor Götz said now that they have an understanding of how the protein is spreading through the brain, they can work on ways to halt its spread before it affects large areas of a sufferer’s neural network.

“When you have a disease confined to a small area of the brain, from a therapeutic point of view it’s a lot easier to target,” he said.

“By stopping the spreading mechanism you can potentially halt this damaging process at the very early stage, so it’s much easier to stop the deterioration of the brain.”

Research project lead Dr Juan Polanco said the findings could also have implications for preventing other cognitive diseases and even some forms of cancer.

“Even in cancer research, there is emerging evidence showing these exosomes can load unique messages that reflect the condition of tumours and enables them to replicate and spread cancer more quickly through the body,” he said.

“Improving our understanding of how Alzheimer’s and other diseases spread through exosomes will allow us to create new ways to treat and intervene in these cellular processes in the future.”

Alzheimer’s disease is the most common form of dementia, affecting around 70 per cent of sufferers, of which there are up to 500,000 in Australia as of 2020, according to the Australian Institute of Health and Welfare.

It is characterised by build-up of both plaque deposits and neuron tangles in the brain. The plaque prevents messages from reaching brain cells, which impairs cognitive function, and the tangles can kill off the cells by blocking their source of food and energy.

Currently there is no treatment to either prevent or stop the effect of Alzheimer’s, with the only treatment currently available focusing on reducing the worst of the symptoms.

The UQ research has been published in the journal Acta Neuropathologica.

Previous While others faltered, we acted decisively
Next The poisoned chalice of opposition