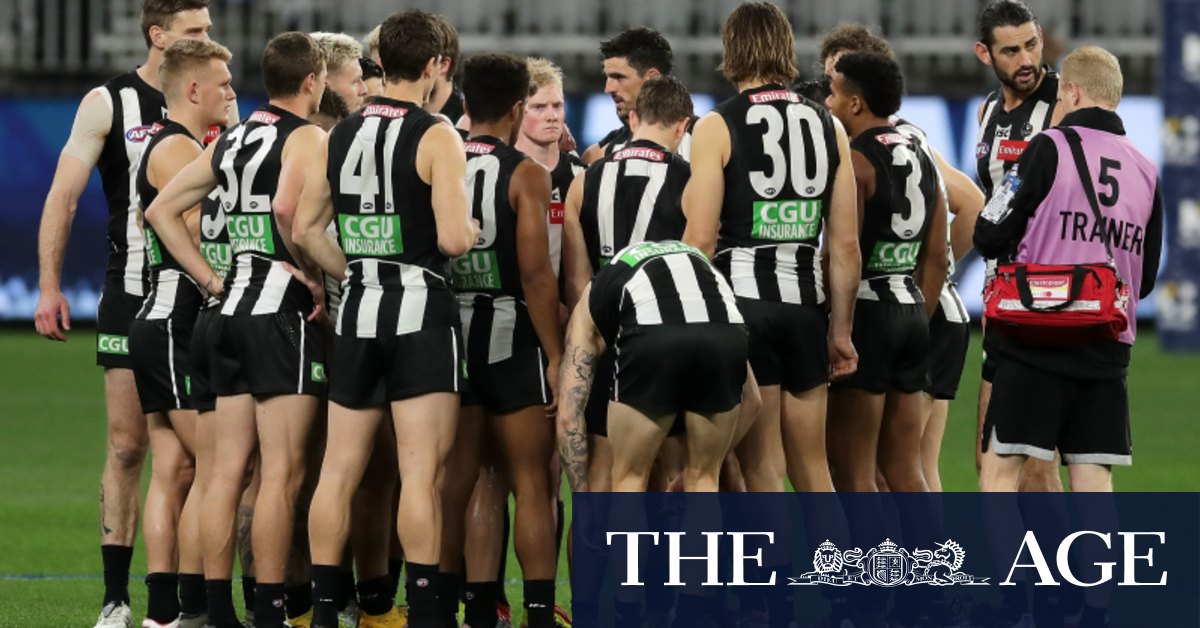 He said the past players welcomed the findings in the Do Better report and said it was “a great opportunity to drive and support change throughout the club, the AFL industry and the community”.

“The Do Better report states that whilst much progress has been made there is much more to do to ensure the systems and processes are in place to be consistent in dealing with issues such as racism when they occur. We will be asking the board to ensure these structures are developed and implemented as a matter of urgency to give the support and education required to all our current players and staff,” Tuddenham said.

“For 128 years the Collingwood Football Club has strived to be a place for everyone to belong. The players who pull on the black and white stripes give to them and to each other physically, mentally and spiritually, and continue to do so once their playing days are over. We have not and will not always get it right – we’d be arrogant and ignorant to think so – however, we strive to create an environment where every player – past and present – can feel proud of what they achieve at the club and have the support they need once they leave it.

“We encourage all football followers to join us in opening up our ears and hearts to know how we, as a society, can be better and more understanding of the experiences of others and how as a football community we can lead so as to better respond in the future.”

The past players’ letter comes after the current players drafted an open letter of apology for the failings of the club in the past, admitting to embarrassment and shame to think the club’s history was unreflective of their experience. They apologised for the shame and embarrassment the report and its findings had caused Collingwood members and fans

Former player Heritier Lumumba, who has initiated legal action against Collingwood for an unsafe workplace, said he didn’t doubt the players’ sincerity but said it “feels like the club using the genuine sentiment of some players and staff as a tool for damage control”.

However, Darcy Moore and Adams both said the present players were so upset by the report that they spoke among themselves about wanting to take action and drafting a letter.

Moore admitted on Thursday the club was looking its history in the eye and not turning away from it but taking it on and learning from it.

On Friday Adams echoed Moore’s comments, telling ABC radio he was saddened by the report and, while many incidents were historic, the report covered the history right up until last year.

“The report states past examples before many of us had been at the organisation,” Adams said.

“But that doesn’t excuse the fact that there are recent examples – or the report does include up to when it was published, which was last year.

“Yes, there may be historical events where we didn’t have an influence, but there is no doubt there are events in recent times that could have been handled better and could have been influenced better by all in the organisation.”

Gary Pert, who is now CEO at Melbourne Football Club but who was CEO at Collingwood for 10 years until 2017, could not be contacted for comment for his reaction to the Do Better report.