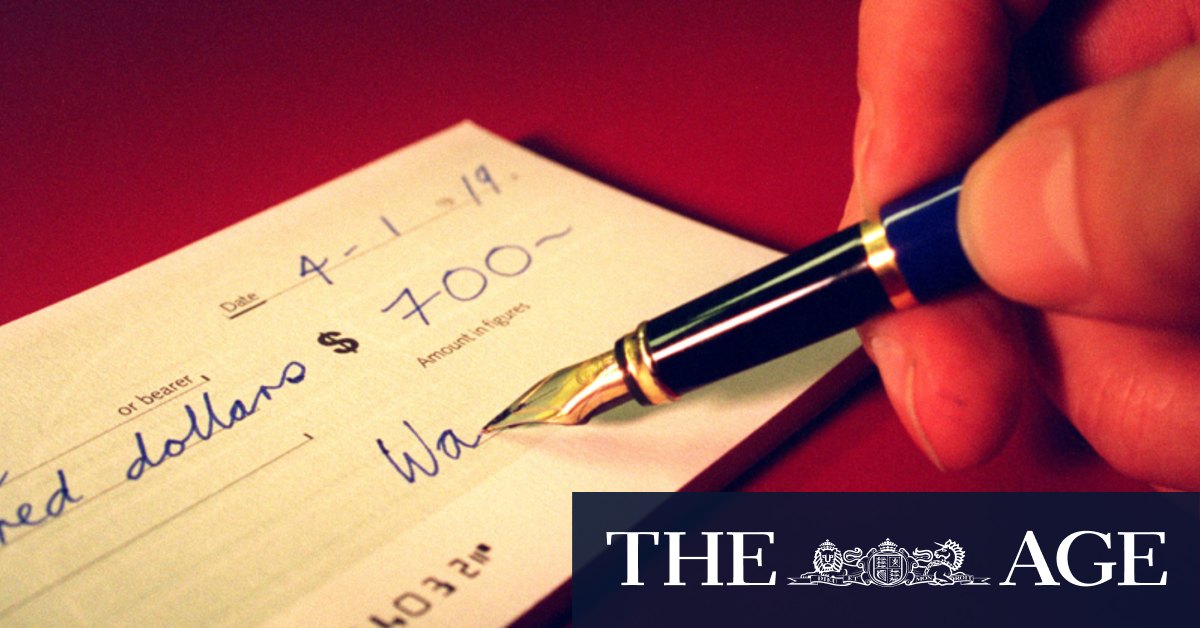 Dr Lowe, who as RBA boss oversees the nation’s payment system that includes cash and cards, said cheques were now mainly used for property settlements and even that was waning.

He told the House economics committee on Friday that even though cheques’ days were numbered, no one was yet prepared to end a system that has its origins in ancient Rome and India.

“At some point though, collectively, I think it’s in the national interest that we close the cheque system,” he said while noting some people did rely on cheques, particularly in regional Australia, and alternatives needed to be provided. “Over time, technology will solve this problem but probably not just yet.”

The future of cash was also held up for scrutiny at the committee, with Dr Lowe saying payment methods have changed numerous times over the course of human history.

“There’s … uncertainty over the next decade over what the future of banknotes is,” he said.

“I don’t think Bitcoin is going to replace it, but certainly people are moving to electronic payments and the number of transactions made with banknotes is declining, you can see that in the ATM withdrawals, which have declined very dramatically.”

The RBA has been releasing the latest generation of polymer banknotes, with the new $100 put into general circulation in late-2020. The latest design, including its security and accessibility features, took years to put together. New $5, $10, $20 and $50 notes have been released since 2016.

During the coronavirus pandemic, Australians hoarded extra banknotes, with 1.8 million on issue worth $90.1 billion at the end of June 2020. But that cash is sitting in shoeboxes, with a surge in tap-and-go payments and a drop in people paying with notes at the nation’s retailers.