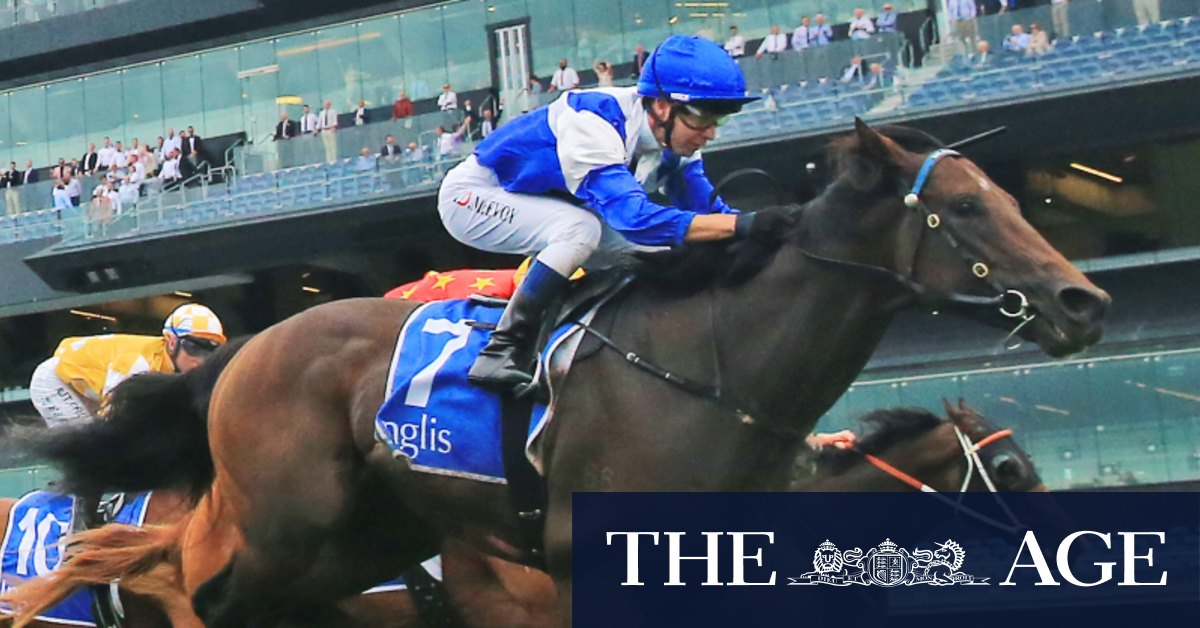 “I went back and put him in a headlock and he just nuzzled into my chest. I said to my wife, ‘I’m buying this one because he loves me’.

“I went to leave again and he nosed me again. I remember David said he is a So You Think that might have slipped through cracks. It looks like it did now.”

There was no fluke in Rocketing By ($26), who again had to wait for a run to come before showing an explosive turn of foot to win by a half-length from Prime Star ($16) with Ole Kirk ($2.60 fav) warming up late a long head away in third.

“We had a plan to get here with those wins at Nowra and here, but when you are taking on Ole Kirk and Dame Giselle you can’t be confident,” Pfieffer said. “We were just happy to be here, but that was a very good win.

“He had the race fitness on his side. The others are very good but were first-up. He was still able to sprint away from them, so there might be more to come.”

Ole Kirk came from well back and kept finding the line to run third, while Tommy Berry was left perplexed by Dame Giselle ($3.30), which looked the winner when she loomed at the 200m mark.

“I’ve never ridden a horse who travels so well in the wet but she fails to let down. We see it time and time again, but she’s going well,” Berry said.

Earlier, Peltzer, another So You Think colt, kept his unbeaten record at Randwick by running down stablemate The Face to win the Eskimo Prince Stakes.

Peltzer has had five of six wins at Randwick and was very strong through the line.

“I thought the other horse might have his measure today because he has got a lot of improvement left in him,” trainer Gerald Ryan said.

“It was The Face’s grand final but he found one better. Peltzer will have his in the Randwick Guineas. That’s good, because he likes it here.

“He will get better as he steps up in trip, and we might look at the Doncaster as well.”