Heard any good conspiracy theories? Don’t worry, you will

admin 4 weeks ago National News Comments Off on Heard any good conspiracy theories? Don’t worry, you will 16 Views 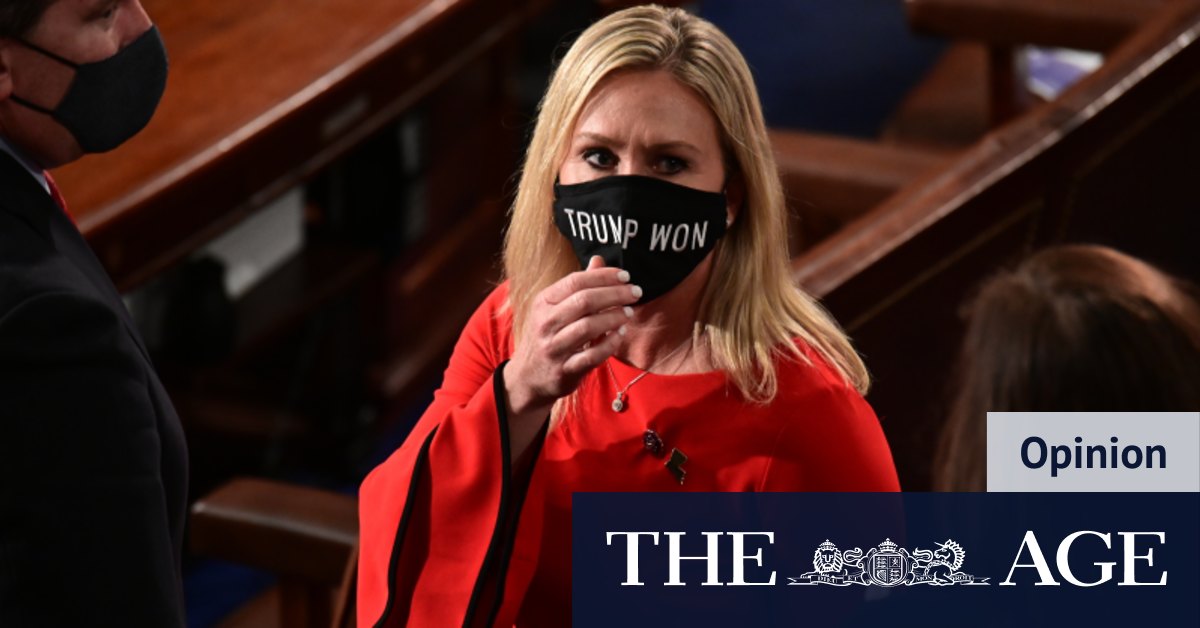 Of course, neither conspiracy theories nor fake news are anything new. They’ve just had a kick-along from technology that turbo-charges them and it’s become more visible thanks to unabashed propagators such as PRGuy17.

The 2016 US election was in some ways a battle of conspiracists, with Donald Trump accusing Hillary Clinton of crookery for using a private email server, and Democrats accusing Trump of collusion with Russia. It was this that gave rise to Trump’s use of the term “fake news” when he chastised CNN for covering (after his election) the Steele Dossier, which came to be dubbed RussiaGate.

Perhaps the most frightening conspiracy theories are the ones that are best strung together: we can follow their reasoning and see how we too could succumb. Many conspiracy theories contain at least a fragment of truth, a will-o’-wisp that can be followed until we are completely tangled in circular logic.

Even the cult of QAnon, whose adherents stormed the Washington Capitol, contains elements of truth. QAnon began with a story about a paedophile ring of global elites. Adherents would have felt validated when well-connected financier Jeffrey Epstein was arrested on charges of sex-trafficking minors in 2019. That opened the doors of credulity to increasingly outlandish theories.

My most jarring encounter with a conspiracy theory was in a sunny attic apartment in Berlin. I had just taken a lungful of the homegrown lovingly rolled by my green-left-hippie friend when she began to tell me about how globalist bankers were running the world and starting wars in order to profit. It wasn’t until she mentioned the name “Rothschild” that my lolloping brain recognised the familiar anti-Semitic trope: the evergreen conspiracy theory that led to Nazism and the atrocities that had taken place in the very city we were in. My friend was no Nazi. Yet here she was, repeating faithfully a notion that had led to the most grotesque mass murders of the 20th century.

That was in the early 2000s. George W Bush had recently marshalled the Western allies to invade Iraq and topple Saddam Hussein on the grounds that the dictator was concealing weapons of mass destruction. Many believed that the invasion was a grab for oil by American interests, a theory validated a few years later by the head of US Central Command and Military Operations in Iraq and Federal Reserve chairman Alan Greenspan.

So the idea that there were people profiting from war was not all that out there. My friend had just taken one last illogical step further and ended up in a dark place. Ever since then I have been aware of the tightrope we walk between reality and fiction, between connecting the dots and creating an alternate universe.

The QAnon conspiracy has now made it into the Washington halls of power without a battering ram, in the person of US Congresswoman Marjorie Taylor Greene, who had claimed mass school shootings in the US were faked by the anti-gun lobby. After condemnation from Democrat and Republican colleagues, she now says she only believed these things before being elected.

In Australia’s own house on a hill, we have Liberal MP Craig Kelly, who has latched onto studies that showed some success in using existing drugs to treat COVID-19 (but not enough, in the estimation of researchers, to outweigh studies showing the opposite).

What makes Kelly a conspiracy theorist is that he believes there is a conspiracy not to act on available evidence. He is suggesting that the government of which he is part, or the health authorities that report into it, would discard evidence that a cheap and available drug is an effective treatment for the disease currently ravaging the world.

If he genuinely believes that, it is incumbent on him to stand up and say so plainly, not post hints to his Facebook page. Only accountability can puncture conspiracy.

As Trump demonstrated, a good rule of thumb is that those who cry fake news the loudest are those most likely engaged in its manufacture and conspiracy theorists are the ones cooking conspiracies. Truth is slippery and unscrupulous actors try to manipulate reality. Trump tactics have made it across the Pacific and we can expect, as PRGuy17 foreshadowed, to see more extreme fake news from many quarters this year.