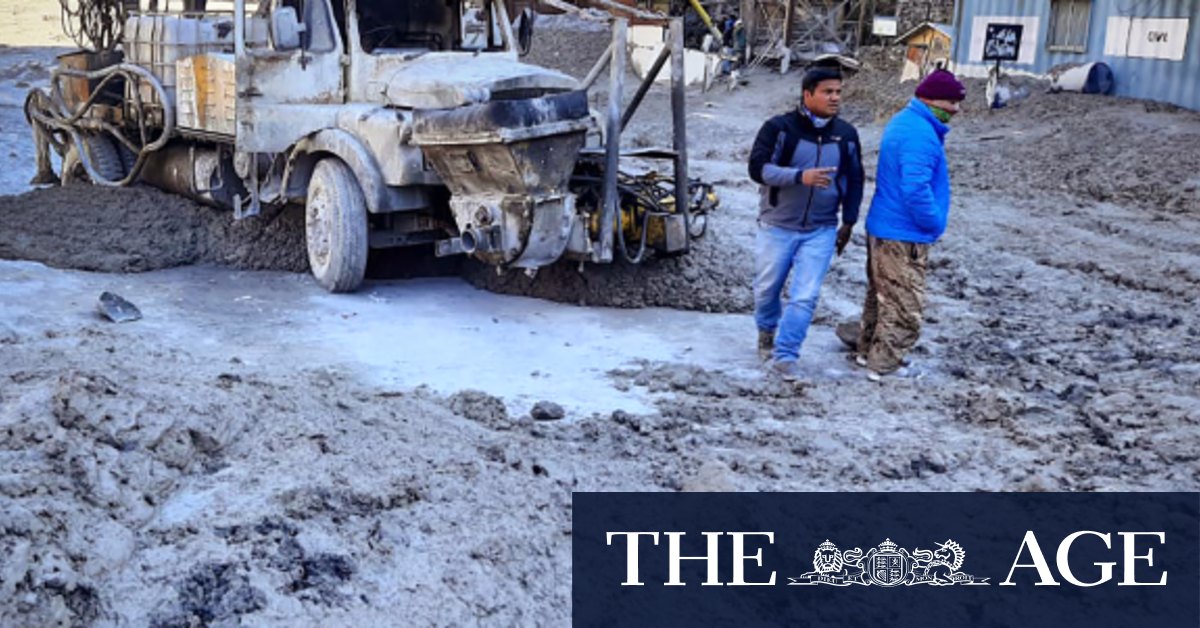 State police chief Ashok Kumar told reporters more than 50 people working at the dam, the Rishiganga Hydroelectric Project, were among those feared dead though some others had been rescued. Kumar also said authorities had evacuated other dams to contain the water rushing in from the flooded Alakananda river.

Uttarakhand is prone to flash floods and landslides and the latest disaster prompted calls by environment groups for a review of power projects in the ecologically sensitive mountains.

State utility NTPC said Sunday’s avalanche had damaged a part of its Tapovan Vishnugad hydropower plant that was under construction further down the river.

India’s air force was being readied to help with rescue operations while emergency teams were airlifted in to help with relief and rescue. Army soldiers were deployed and helicopters were doing reconnaissance.

“India stands with Uttarakhand and the nation prays for everyone’s safety there,” Prime Minister Narendra Modi said on Twitter.

Footage shared by locals showed the water washing away parts of the Rishiganga dam as well as whatever else was in its path.

The neighbouring state of Uttar Pradesh, India’s most populous, put its riverside areas on high alert.

Calls to review of hydro projects

It was not immediately clear what had set off the avalanche at a time when it is not the flood season. In June 2013, record monsoon rains in Uttarakhand caused devastating floods that claimed close to 6000 lives.

That disaster was dubbed the “Himalayan tsunami” because of the torrents of water unleashed in the mountainous area, which sent mud and rocks crashing down, burying homes, sweeping away buildings, roads and bridges.

Uma Bharti, India’s former water resources minister and a senior leader of Modi’s party, criticised the construction of a power project in the area.

“When I was a minister I had requested that Himalaya is a very sensitive place, so power projects should not be built on Ganga and its main tributaries,” she said on Twitter, referring to the main river that flows from the mountain.

Environmental experts called for a halt to big hydroelectric projects in the state.

“This disaster again calls for a serious scrutiny of the hydropower dams building spree in this eco-sensitive region,” said Ranjan Panda, a volunteer for the Combat Climate Change Network that works on water, environment and climate change issues.

“The government should no longer ignore warnings from experts and stop building hydropower projects and extensive highway networks in this fragile ecosystem.”