Breaking News
Home / Sport / ‘We are super lucky guys’: Why Rafael Nadal is grateful to Australia

‘We are super lucky guys’: Why Rafael Nadal is grateful to Australia

admin 4 weeks ago Sport Comments Off on ‘We are super lucky guys’: Why Rafael Nadal is grateful to Australia 5 Views 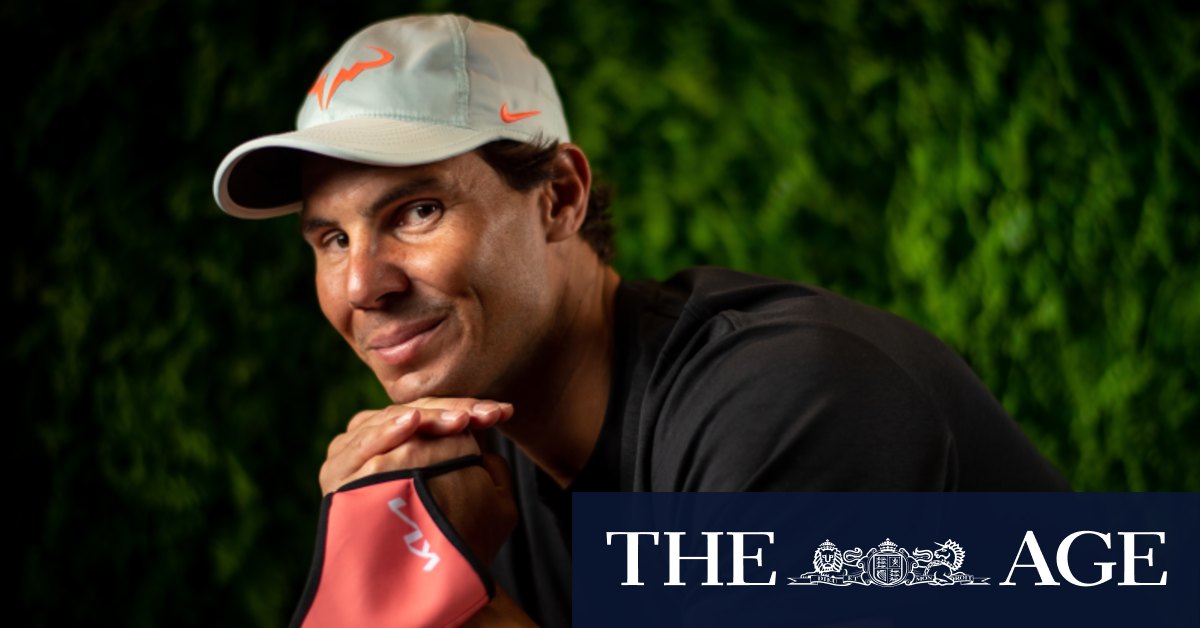 “The last 15 days have been hard for me, I have been in great shape before this situation happened on my back,” Nadal, speaking through a stylish orange mask, told The Age and The Sydney Morning Herald. “But that’s the life of the sports people too … just trying to figure out what’s the solution. We’re working hard to try and solve the problem.

“I think I’m having a spasm on the lumbar. So, we have been doing things, but we’re not able to solve the problem the way that we expected.

“So let’s keep having hope. One more day and then hopefully I will be able to compete as good as possible on Tuesday.”

Nadal said his major issue with his injury was when he served. But he was now feeling “a little bit better” than a couple of days ago.

Could he still win the tournament, which would see him surpass his friend and rival Roger Federer on the grand slam leaderboard. Nadal and Federer have 20 slams each.

“I can’t answer this question,” Nadal said. “If you ask me today, it’s difficult. But in a couple of days, maybe yes.″⁣

While other players, men and women, complained about the compromises – especially during the 14-day quarantine that preceded the event – Nadal takes a contrary view: that the tournament and indeed the whole of Australia have managed the situation exceptionally well.

“The situation is how it is but I can’t hide how much I admire Tennis Australia for all the effort they put together to organise this tournament under this very challenging circumstance,” Nadal said. “So, why not come if I’m healthy and why not come if it’s one of the tournaments that I love the most. Not because I have to have some quarantine before the tournament starts.

“That’s part of our life today and we need to accept it.

“It’s not about ‘I am happy and I am not happy.’ It’s about how this country managed the pandemic comparing to most of the countries in the world.

“We see the situation Australia have today comparing for example most of the countries in Europe, then we can realise if Australia is an island and it’s a little bit less difficult or not, but we when we see and compare numbers, then there is no doubt that Australia is one of the most positive examples in the world about how to contain the virus.″⁣

Nadal’s perspective is coloured by the fact family members have had the virus in COVID-ravaged Spain, that his personal doctor had major challenges and that staff at Nadal’s tennis academy saw parents die; the academy was forced to cease operations for months.

“Some members of my family went through the virus. And don’t forget that I have an academy, I have some workers that lost their parents without having the chance to say goodbye,” he said.

“I had to close the business for a long time, workers are suffering, people are suffering because they are not able to say goodbye.

“When you live with this situation and you have people next to you that are suffering … of course it affects you and it affects the world in general. My personal doctor has been in a very challenging situation a couple of months ago.“

Nadal, unlike his other great rival and the tournament favourite (again) Novak Djokovic, did not have a public airing of his requests to Tennis Australia – Djokovic’s were portrayed more like a bill of demands. Nor did Nadal agree with those players who complained forcefully, especially about the quarantine set-up.

“It’s very clear – we are no one to tell the government how to act to avoid a massive problem in the country. That’s my personal point of view,” Nadal said.

“We need to say thanks to Australia that they are a country almost free of cases and they … allowed us to play here under these very challenging circumstances.″⁣

Nadal had spoken regularly with Tennis Australia boss Craig Tiley during the quarantine period.
“The only request that I make to the Tennis Australia is when the players are able to be free again, they need to have all the advantages possible … if they want to practise three hours, [they should have] three hours,” Nadal said.

Was the tournament a fair one, given the compromises?

“The word fair is very difficult to say yes or not, because I mean, it’s not great because have been a lot of players been under hard lockdown in 14-day lockdown,” Nadal said.

“When you say that, it’s very easy to say it’s not fair. But on the other hand, my point of view is a little bit global, a little bit different. My perspective is we are super lucky guys … the world is almost stopped for this pandemic, we’re able to keep doing our job.″⁣

And while he says taking ownership of the grand slam record outright would be amazing (Federer cannot add to his tally here due to his absence), Nadal said it would not change how he viewed his career or his life.

“Of course it will be amazing if I’m able to break that record, but I am super happy about the career that I’m having,” he said. “I have been never obsessed about the records … but you know, it’s something that I think will not change my happiness.

“I mean, some people want to break the record and if not they get frustrated – it’s not my case.”

Previous Western, City crash on road in horror weekend for struggling Vic teams
Next Calling off the Open would have been ‘catastrophic’, Tiley says

The Roosters and the NRL need to calm their farm, cool their jets and by …