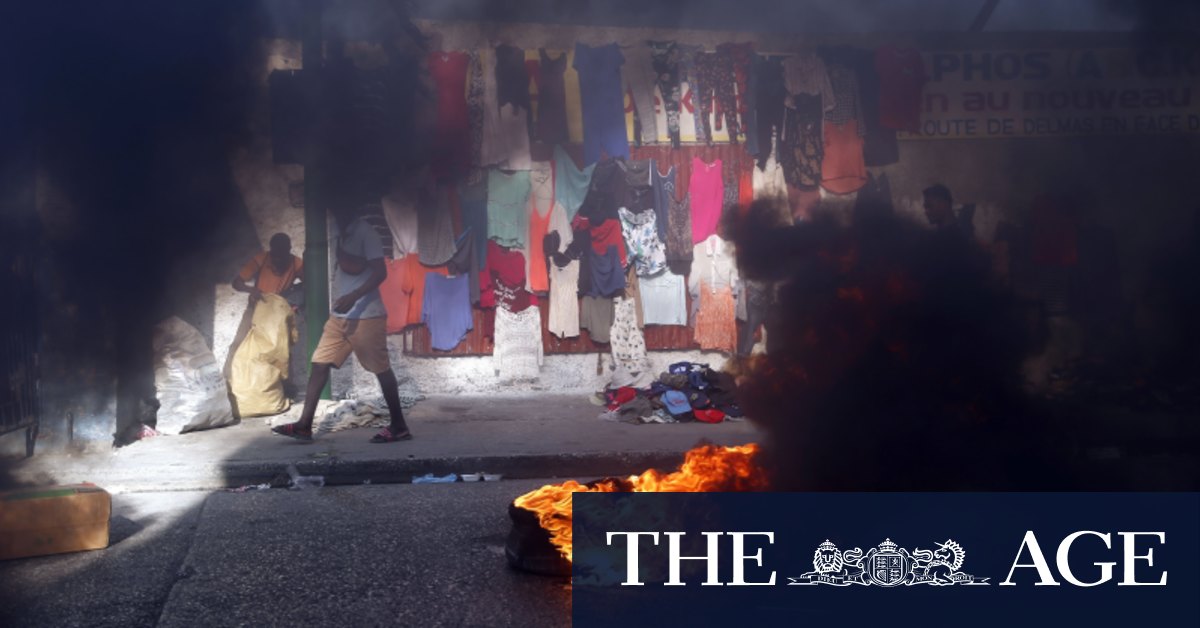 Justice Minister Rockefeller Vincent accused the inspector general of being in touch with high-ranking security officials at the National Palace over an alleged plot to have the president arrested.

André Michel, one of Haiti’s top opposition leaders, held a press conference hours after the arrests and called for civil disobedience and demanded that Moïse be arrested. Michel, an attorney, said it was illegal to arrest Dabrézil because he has automatic immunity.

Reynold Georges, an attorney who once worked as a consultant for Moïse’s administration but has since joined the opposition, denounced the arrests in an interview with radio station Zenith FM.

“We ask for his release immediately,” he said of Dabrézil, adding that the court system should shut down until he’s free.

Georges also called on people to rise up against Moïse.

The arrests come on the day that opposition leaders claim Moïse should resign, saying that his term ends on Sunday. Moïse has repeatedly stated that his five-year term ends in February 2022. Former President Michel Martelly’s term ended in 2016, but a chaotic election forced the appointment of a provisional president for one year until Moïse was sworn in in 2017.

The opposition has organised recent protests demanding that Moïse step down, and normally congested streets in Haiti’s capital and elsewhere remained empty on Sunday except for some 100 protesters who gathered in Port-au-Prince and clashed with police. Historians noted that exactly 35 years ago, former dictator Jean-Claude Duvalier and his wife fled Haiti with help from the US government amid a popular uprising. Duvalier died in 2014.

Meanwhile, Moïse appears to have the support of the administration of US President Joe Biden. Ned Price, a US State Department spokesman, said on Friday that the US has urged Haiti to organise free and fair elections so that Parliament can resume operations, adding that a new elected president should succeed Moïse when his terms ends in February 2022.

However, a group of seven US legislators sent a letter to US Secretary of State Antony Blinken on Saturday saying that Moïse has lost credibility and they called for a Haitian-led democratic transition.

Moïse is currently ruling by decree after dissolving a majority of Parliament in January 2020 after no legislative elections were held. He is planning an upcoming constitutional referendum in April that critics say could award him more power, while general elections are scheduled for later this year.

After arriving in Jacmel, Moïse broadcast an address that lasted more than an hour. He spoke largely about the infrastructure projects that his administration has accomplished, but also called on the opposition to work with him.

“It’s not too late,” he said, rejecting accusations that he is on his way to becoming a dictator. “I’m not a dictator. Dictators are people who take power and don’t know when they’re leaving. I know my mandate ends on February 7, 2022.”

Previous In another reversal of Trump-era, US to rejoin UN rights council
Next Chinese-Australian TV anchor formally arrested in China