Room to spare at the Australian Open 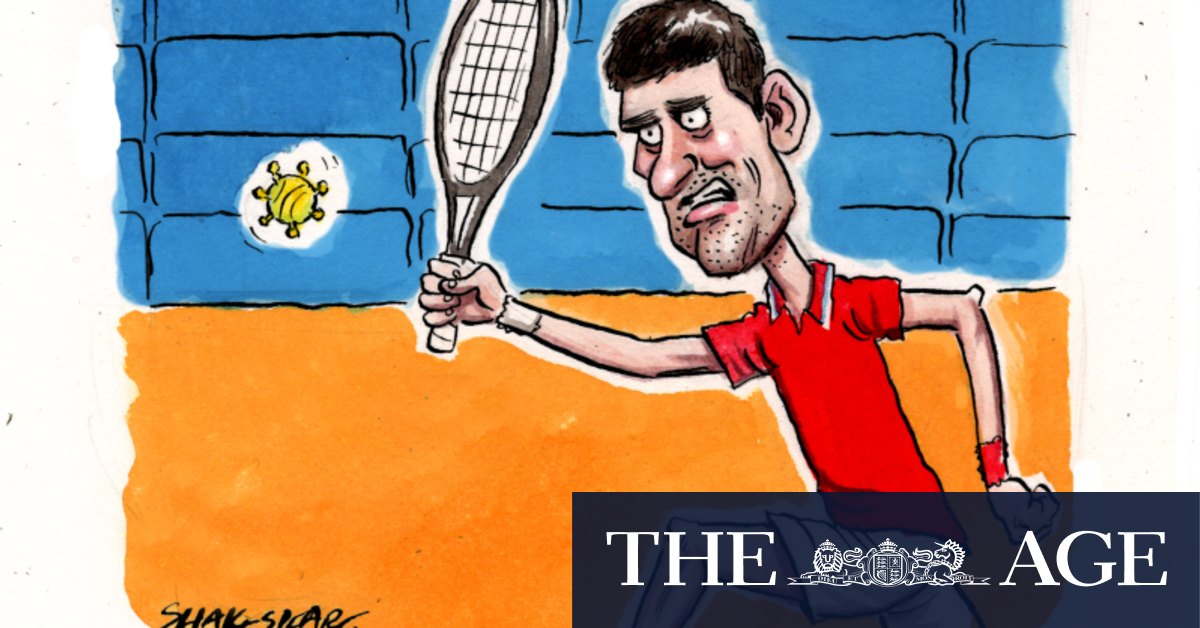 Sponsor alert: Emirates, which last year extended its sponsorship agreement with the Open, must be wondering why it bothers. Williams played her first match of the tournament bedecked in black, red and fuschia, the colours of the uniforms of flight attendants of rival Qantas. Awks.

Such incidents are unlikely to reach the desk of newly slimline (the stress?) tournament boss Craig Tiley, who CBD spotted hurrying past the Piper Heidsieck bar, where PR Queen Judy Romano was holding court amongst some well-built tennis tragics.

As the tournament progresses, the great and the good are expected to flock to the Atrium hospitality venue, with meals supplied by Scott Pickett. But the most exclusive destination is undoubtedly O, the equivalent of Wimbledon’s Royal Box, where the guest list is the personal preserve of AO chair Jayne Hrdlicka.

And it seems Melbourne has finally solved the pesky Margaret Court problem. While Open officials are insistent they will not rename the Margaret Court Arena, locals have taken the matter into their own hands, and only refer to that court as MCA.

Props have to go to News Corp’s global head of transformation Damien Eales for rewriting the definition of remote working.

Eight months after the Holt Street veteran was appointed to the global position inside NewsCorp’s New York headquarters, Eales is still yet to leave Sydney.

Eales, who is the brother of former Wallabies captain John Eales, was long considered to be a potential successor to News Corp Australia boss Michael Miller before it was decided he would instead overhaul the publisher’s broadcasting, property and publishing businesses. The plum post was made all the more attractive by the fact it would also be based inside Murdoch’s global HQ on Manhattan’s Avenue of the Americas.

But Eales’ big move is yet to happen. He is still based in Sydney where he is midway through renovations at his sprawling home on Birchgrove’s waterfront. He’s also a part owner of the local watering hole – the Unity Hall Hotel around the corner in Balmain – and to be fair we wouldn’t be giving up prime position at the bar either.

NewsCorp wouldn’t comment on the timeline for Eales’ move. The company also declined to comment on whether Eales’ global remit had changed to accommodate the fact he’s still based more than 15,000 kilometres from NewsCorp’s global nerve centre and his big boss, Rupert Murdoch. Presumably there’s a lot to be said for the “think global, act local” approach.

Outgoing Liberal MP Kevin Andrews and wife Margie Andrews put on a brave show last week heading to Parliament’s first sitting week of the year. Of course, the couple – who always travel together – boarded the plane just a day after the veteran MP lost preselection to barrister Keith Wolahan. The defeat spells an end to Andrews’ 30 year reign in the north-eastern Melbourne seat of Menzies.

Readers will recall the awkward display that took place immediately after the ballot where there was no customary handshake between Wolahan and his predecessor. Shortly after, Liberal state president Robert Clark copped a spray from Mrs Andrews who claimed the party should have done more to protect Kevin from the challenge.

And by Monday night, the wounds were still raw as the pair attended a dinner for Victorian Liberal MPs at parliament. Various sources have spoken of a stilted atmosphere at the table and a particularly awkward moment when La Trobe MP Jason Wood valiantly tried to lighten the mood with Mrs Andrews but to no avail. After 30 years, acceptance was never going to be easy.

Federal Liberal MP Russell Broadbent amused some of his Liberal colleagues last week when a phone alert revealed he had quit the federal Liberal WhatsApp chat. As the pollies’ messaging system of choice, WhatsApp also helpfully notifies every member of the conversation when someone unsubscribes for good. Broadbent kept shtum when asked about his digital departure on Monday. But it’s also worth looking at other events in the Victorian Liberal arena. The MP quit the conversation a day after Victorian Opposition Leader Michael O’Brien was hit by a leak when a message he posted to a state Liberal WhatsApp group was sent to a media outlet. In it, O’Brien fumed over his federal colleagues for failing to specifically override a Chinese Belt and Road Initiative agreement in Victoria. “Either way the Feds look after themselves at our expense again,” he raged. A lesson for all.