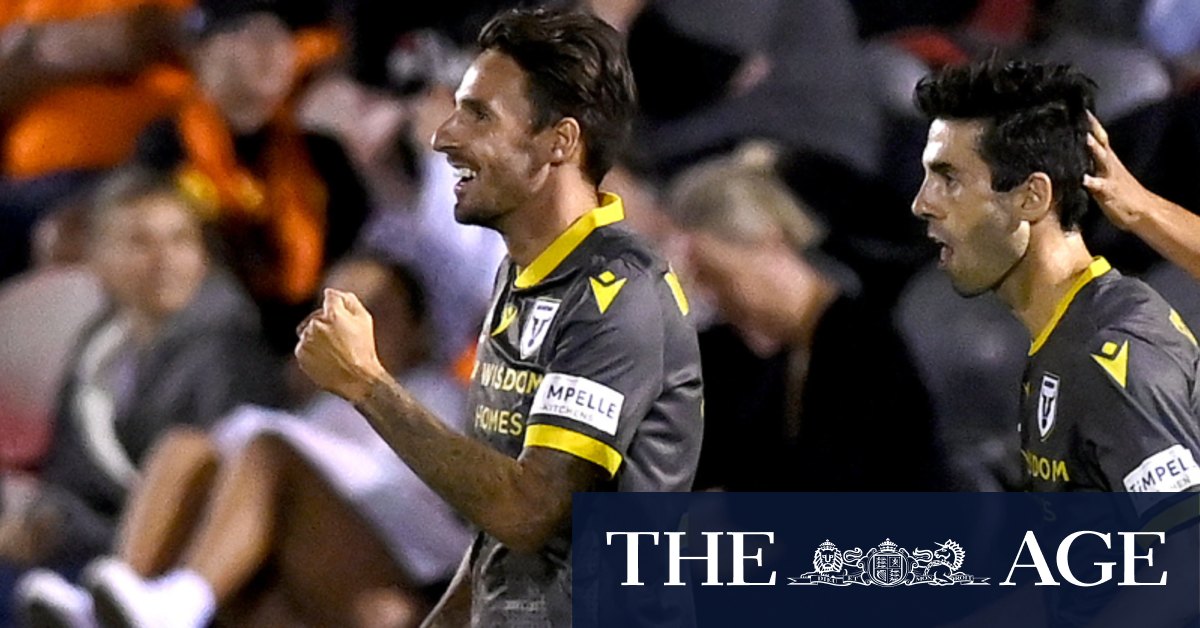 The Bulls had cleared their lines in defence when Derbyshire managed to pounce on an error from Roar defender Kai Trewin and, after spotting goalkeeper Jamie Young a long way off his line, tried his luck with a cheeky chip.

It worked brilliantly, with both goals punishing the Roar in brutal fashion for wasting their own chances in front of goal.

Genreau was one of only a handful of players who retained his spot in Macarthur’s starting team from the Wanderers match. Coach Ante Milicic, perhaps with an eye to their next assignment on Friday night against Adelaide United, made a whopping seven changes, resting most of his first-choice players – including Derbyshire – while offering opportunities to untested players like Liam Rose, Jake McGing and Antonis Martis.

“I’m delighted. We knew coming here was a massive ask, particularly when you look at their home record, the way they play, the way they’ve started games. It’s a big one,” Milicic said.

“To win here but to keep a clean sheet, that gives massive confidence to the boys. To be quite honest, the last two games at home, even though we lost, I thought there was good passages from us, so this result doesn’t really surprise me in many ways. I’m just happy that we’re getting a little bit of points for the good work we’ve done in the last few weeks.”

The Roar, like the Bulls, had played only three days earlier and at times the heavy legs showed across a stodgy opening 45 minutes, in which the visitors controlled possession but offered little threat with the ball.

The match opened up in the second half but it was always Brisbane who looked more likely to score first – and even after Macarthur broke the deadlock, they looked good value for an equaliser.

“It’s always tough when you get beaten,” Roar coach Warren Moon said. “We don’t profess to say we were amazing tonight, we knew the turnaround would be difficult for both sides, not just us. But I certainly felt we had a fair amount of control actually at the point where they scored that first goal. It is what it is, and we have to take it and move on.”

A fresher Roar outfit might have put this game away much earlier, but on this occasion their clinical touch eluded them.

Dylan Wenzel-Halls, one of their shining lights this season, was the major culprit, spurning a number of key openings – the biggest coming in the 68th minute, when he latched onto a long ball from the back and was one-on-one with Adam Federici but thudded the right post with his shot.

Although his younger players helped lay the platform for the win in the first half, Milicic’s decision to turn to his bench and throw on the likes of Derbyshire, Hollman, Benat Extebarria and Markel Susaeta helped swing the match in their favour.