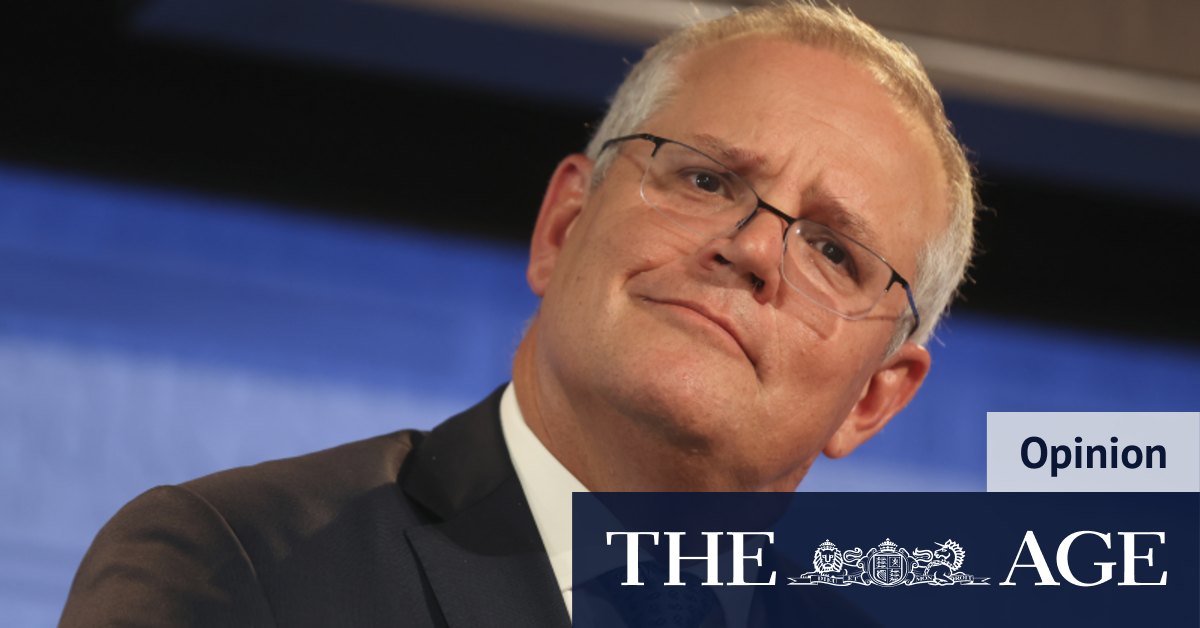 The opposing political parties continuously accuse each other of being “ideological”, but this serves mainly to con along their side’s true believers and conceal from the rest of us the political class’s overriding objective: to win the next election by fair means or foul.

It’s not hard to decipher Morrison’s thinking. Like the premiers, his popularity has soared following our successful containment of the pandemic, so his prospects of re-election are high – provided nothing goes wrong between now and then.

That does mean he must ensure there are no major glitches in the rollout of the vaccine – to which he will have to give much attention – but he needs no further achievements to improve his chances of winning.

Indeed, anything else he attempts to fix offers more chance of losing the votes of the disaffected than of adding votes to his existing pile. According to informed sources (aka well-briefed gallery journalists), there’s little enthusiasm for “reform” of taxation, religious freedom, industrial relations or superannuation.

The government’s existing proposals for modest changes to industrial relations rules – about which the unions are making such fuss at present – will be put to the Senate next month but, should they fail to pass, will be dropped.

Sounds to me like a convenient rationalisation for a deeply cynical and self-serving political calculation.

Some Liberal backbenchers’ urgings that the legislated phased increase in compulsory employer super contributions from 9.5 per cent of wages to 12 per cent be reversed (which I support) and the success of the non-profit industry super funds be sabotaged in other ways (which I don’t), have yet to be decided on, but will probably be rejected.

We’re told that Morrison’s thinking in turning away from any further policy improvement is that, after all the upheavals of 2020, the voters just want everything to calm down for a while. But that’s probably always true of many politician-weary voters. Sounds to me like a convenient rationalisation for a deeply cynical and self-serving political calculation.

There are, of course, many big problems he’ll be doing nothing to improve: the misregulation of aged care, the need for better considered mental healthcare, the way the universities have been hung out to dry during the pandemic, the neglect and destruction of technical and further education, the many respects in which governments help oldies (including their parents) screw the younger generation.

The most urgent and important area of neglect is, of course, our response to climate change. But the federal Coalition is so deeply divided on the issue – and Morrison so hog-tied by loudmouth Liberal backbenchers and the Neanderthal Nationals – that it’s a delusion to expect genuine progress without a change of government.

And maybe not much then. As we speak, Labor is working on how many of its own policies to throw overboard. As Labor was reminded by its shock defeat in 2019, the trouble with policies is that they’re much harder for you to sell than for your opponents to misrepresent.

A big part of the reason politicians have become so lacking in policy courage is the way election campaigning has become so negative. After last time, the coming election is shaping as the battle of the scare campaigns.

Bulldust will fly on both sides. Both sides are readying themselves by having as few policies as possible. An unthinking electorate is being rewarded with policy-free elections. How edifying.