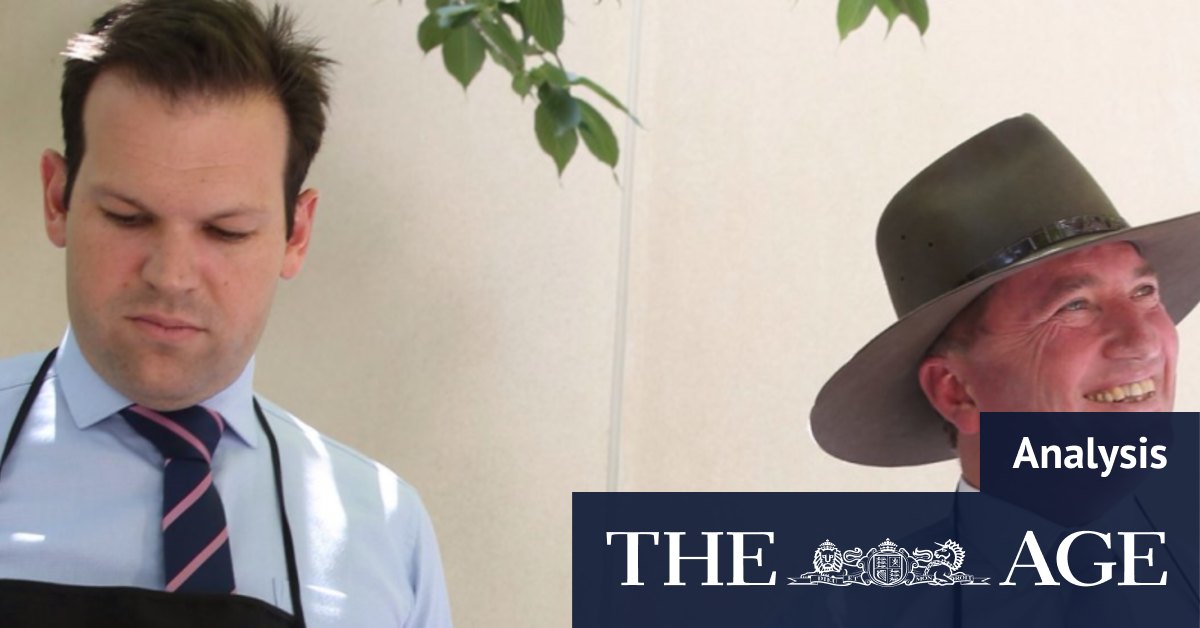 One essential point is that nobody has set out a new demand. In arguing against farmers being slugged with a costly carbon target, Joyce and Canavan are spurning something the Prime Minister rejected only last week.

“My government will not tax our way to net-zero emissions. I will not put that cost on Australians and I will particularly not ask regional Australians to carry that burden,” Morrison told the National Press Club.

After all, the sure way to make a leader fail is to invent a test he or she cannot meet. Just look at the Labor caucus, where anonymous MPs talk about the need for leader Anthony Albanese to embrace “bold decisions” – as if nobody has learned from the party’s failure with the too-bold-to-win tax plan at the last election.

So the climate debate is confected. On Tuesday, Joyce and Canavan even calculated the cost of a $30 carbon price on every tonne of burps and farts from the nation’s cow herd, then claimed this would cost farmers $70,000 each.

The only problem is they costed a policy that is not happening.

They also assumed a vote that is not coming. For all the talk of the Nationals crossing the floor on carbon, Morrison has no intention of legislating a target. To put such a bill to Parliament would only give the sceptics a trigger to weaken a leader – the rock former prime minister Malcolm Turnbull sailed into three years ago.

Just as Tony Abbott never legislated his 26 to 28 per cent target in 2015, Morrison will not legislate net-zero emissions by 2050 when (more likely than if) he endorses the target before the next election.

Those who want stronger action will see this as failure, but it is an outcome forced by politics. Joyce and Canavan were not alone on Tuesday; they were joined in the media by Bridget McKenzie, another colleague cast out of cabinet.

So the dysfunctional Nationals family could easily reach a crisis that brings down its leader. Those who have given up on McCormack will not stop.

The more ambitious Morrison becomes on climate change, the greater the danger to McCormack.

The Prime Minister is so secure in the Liberal party room that he could probably win a vote to embrace net-zero emissions by 2050. But he has to be careful not to get there with a new deputy prime minister.