How McGuire lost the fight 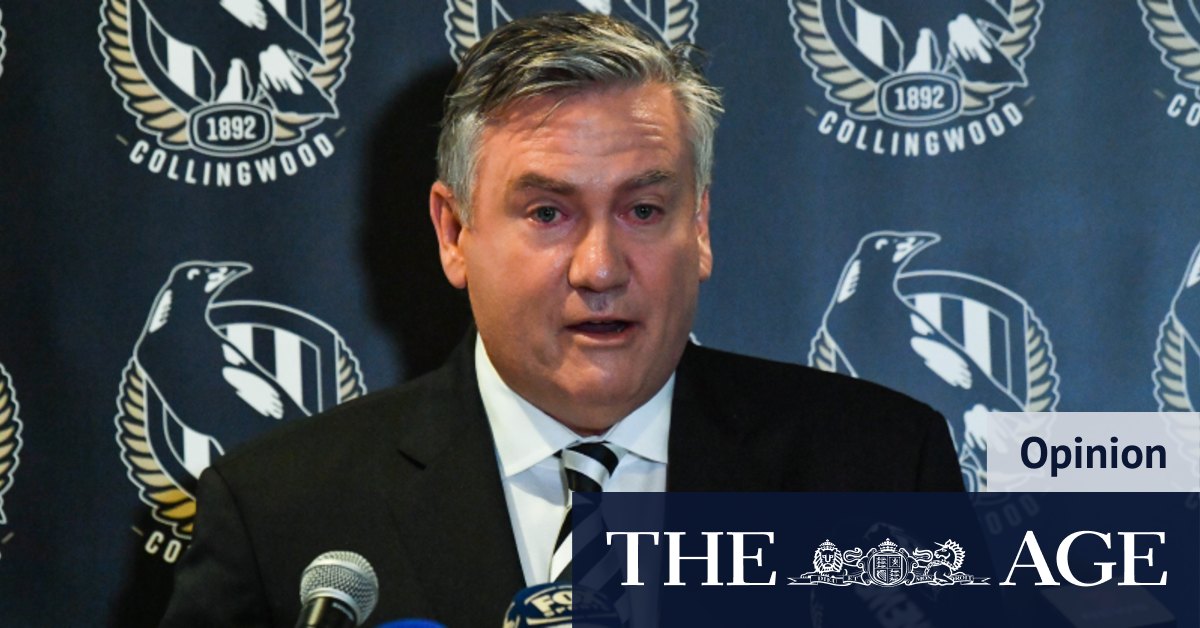 The Collingwood board, often portrayed as witches hats for McGuire, were more assertive than in the past. Board members were dismayed by what had transpired at the media conference. There was a view – perhaps not universal, but certainly shared among directors – that it would be, as the cliche goes, “in the club’s best interests” if Fighting Eddie didn’t go the distance.

So, with all these accumulated factors against him, McGuire threw in the towel to rest his battered soul. He was too tired to keep punching away at his numerous critics, too tired to keep defending his record, one of both remarkable achievement in rescuing a fallen Collingwood, but also of continued blunders – almost all of them in the latter eight years of his reign.

Enough people had advised him over recent times that it would be better to go at a time of his choosing, rather than be carried out like Julius Caesar on the bloodied steps of the senate. His December announcement that he would finish up at Collingwood was, obviously, mindful of legacy and the best way to leave. But his marathon stint – and nature – meant that there was a significant risk that he would exit in a less glorious manner.

His sudden exit brings to mind the words of Labor minister Gareth Evans, when suggesting to Bob Hawke that he should give up the keys to the Lodge. “Pull out, digger. The dogs are pissing on your swag.”

The Collingwood board did not have a formal meeting between the day the report was leaked and then handed to media and McGuire’s resignation and emotional media appearance. This wouldn’t be necessary. His board would not shove him out because he would do the right thing and leave, almost a year earlier than he had planned.

McGuire had announced his exit plans on December 14, three days before the Magpies received the Do Better report and its damning findings, triggering an emergency board meeting on December 19. The club had known the gist of what was coming and there had been a discussion of whether to release an executive summary or the full monty. Realistically, Collingwood had no choice but to embrace it.

Heritier Lumumba’s complaints had been the catalyst for Do Better review and while his grievance was avoided by the report, his continued denunciations of McGuire and the club were hefty blows.

In the coming days, the Magpies board will elect a new president, for whatever period. Businessman and influential director Peter Murphy is viewed as favourite to succeed McGuire. Mark Korda, a corporate recovery specialist, is the other potential contender for the belt. McGuire himself will leave the board pronto.

In his resignation on Tuesday, McGuire spoke of how he had become “a lightning rod” – the phrase Jeff Kennett had used to describe McGuire (and Jeff himself) – for vitriol. This wasn’t exactly a new development given his media presence, but the level of condemnation exceeded even what McGuire had copped when he made the racially inappropriate comment about Adam Goodes back in 2013.

McGuire had survived the “King Kong” incident and the whirlwind that came from those words and his subsequent response, but the pounding of the past week clearly wounded him, piercing his armour. Perhaps the most hurtful aspect have been the calls for him to resign forthwith by a sizeable number of prominent Indigenous people.

For one part of McGuire that is easily overlooked is that, despite his mistakes in matters racial – and gender – since 2013, he took over Collingwood with an ambition of transforming a club that reeked of Old Australia, with serious priors for racism, into a more tolerant organisation. There was – and remains – a gulf between how he views his contribution on this score and how a portion of the public view it.

Thus, it was telling that his final presidential speech began with his listing, not of the club’s on-field feats (five grand finals, just one flag, many finals), but the community and philanthropic work achieved on his watch.

He leaves Collingwood far stronger than the rotting hulk he inherited, but still a club that needs cultural repair. That work can only be completed by others, who are not so wedded to the past two decades.

Football – and especially the voracious media – will miss McGuire, though I cannot imagine that he will be distant from the game, or from the bright lights of footy fame, for very long.