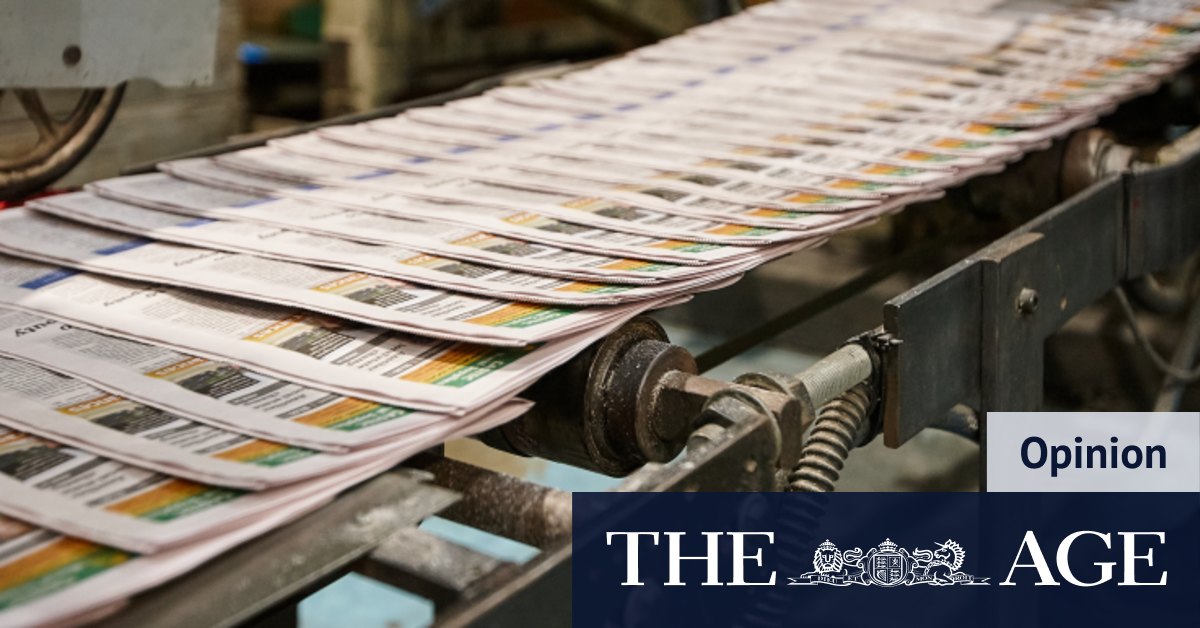 When Major telephoned Kelvin MacKenzie, then editor of Murdoch’s flagship British newspaper The Sun, to ask how he planned to cover the story, MacKenzie replied: “Prime Minister, I have on my desk in front of me a very large bucket of shit which I am just about to pour all over you.”

Large news publishers still possess buckets of political influence, even in an era of social media and shrinking newspaper circulations.

Evidence of that power is currently playing out in the Australian Parliament, where the federal government has created legislation designed to force two global digital players, Google and Facebook, to compensate Australian news publishers because their old business model doesn’t work any more.

News Corp, along with Nine Entertainment (owner of this title), has apparently convinced the government that the two digital giants have stolen their content (they haven’t – media companies actively provide snippets or their full journalism to the platforms because they gain huge benefit from the exposure their content attracts on Google and Facebook) and stolen their advertising revenue (they haven’t – most of the classified advertising that used to support newspaper journalism has actually ended up in the pockets of realestate.com, owned by News Corp, Domain, owned by Nine, and websites such as Seek and Carsales).

But Google and Facebook are hardly saints. Even though they aren’t directly responsible for the collapse of the huge profits that filled the coffers of the owners of big daily newspapers for decades, these two digital players are almost certainly too powerful. Their market dominance and the information they collect about their users’ online behaviour is scary. And there should be laws to make sure they pay Australian corporate tax on all their Australian profits that stem from all their Australian revenue.

For those reasons, not because of spurious allegations of stealing content or advertising revenue, there is a powerful argument that Google and Facebook should pay what is, in effect, a social license to support the public interest journalism that has been severely affected by the commercial internet, which they dominate. A contribution to society for the indirect collateral damage inflicted on quality journalism by their immense success.

Interestingly, it’s an argument supported by the two digital giants. Not only do they agree they should contribute financially to the journalism that underpins healthy democracies, they are already doing this in several countries (including, on a small scale, in Australia). The issue is no longer should they pay, but how much and through what mechanism.

As a small independent news publisher watching this stoush between three big gorillas – the two dominant Australian commercial media players, the two global digital behemoths and the federal government – I feel like I’m viewing a re-run of almost every episode of The Making of Australian Media Policy over the past century, where the plotline is always about a government bestowing favours on big media companies in return for unstated, but usually detectable, benefits.

This “ground-breaking” legislation, as the government and its big media supporters constantly describe it, should not just be a mechanism to ensure the bulk of Google and Facebook money lines the pockets of a couple of multibillion-dollar public companies for whom news journalism is a small part of their business.

The new law, now in draft stage, should be modified to explicitly protect and enhance diversity of media ownership. It should create meaningful financial support for Australia’s 100 or so small-to-medium regional and city-based news publishers, for whom public interest journalism is their primary business.

It should structurally address one of the great endemic problems that compromises and embarrasses our democracy: too much power in the hands of two big media owners.

Eric Beecher is chair of Private Media, which publishes national digital mastheads Crikey, The Mandarin and Smart Company, and of Solstice Media, which publishes InDaily in Adelaide and InQueensland in Brisbane. These companies have a content licensing agreement with Google News Showcase. He is a former editor of The Sydney Morning Herald and former editor-in-chief of the Herald and Weekly Times.