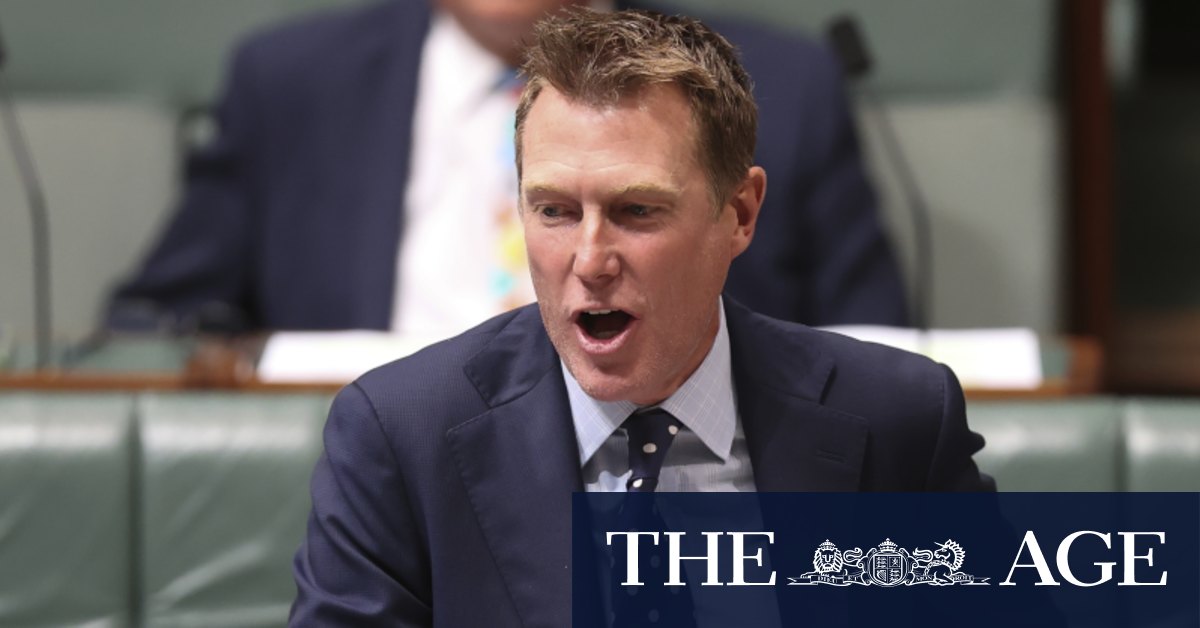 “Now it doesn’t take much more than common sense to know that that would be an extinction-level event for tens of thousands of Australian businesses,” Mr Porter said.

Mr Burke, who has been on the warpath against the government’s own industrial overhaul, which has been criticised by key Senate crossbenchers who will decide whether it becomes law, said Mr Porter was wildly misinterpreting Labor’s plans.

“What we saw from Christian Porter in that media conference was absolutely next level weird,” Mr Burke said on ABC TV shortly after Mr Porter spoke to reporters in Sydney. “He invented a policy that’s not ours, then got a cost about it, and then got really worked up about the cost of the policy he had invented.”

The controversy began with a paragraph in a draft of opposition leader Anthony Albanese’s speech on industrial relations scheduled for Wednesday evening in Queensland but reported beforehand by media outlets.

“A Labor government that I lead will work with state and territory governments, unions and industry to develop portable entitlements for annual leave, sick leave and long service leave for Australians in insecure work,” the draft reads in part.

“Insecure work” is often defined to include casuals and independent contractors, who do not accrue any form of paid leave. Mr Porter said if Labor gave those workers paid leave it would cost businesses more than $20 billion a year.

But Labor suggested it was only looking at extending existing schemes that let workers — such as builders — rack up paid leave from different employers, rather than forcing businesses to give all casual workers paid leave.

“Remember what portable entitlements are,” Mr Burke said. “They’re entitlements that already exist and they would follow the worker [under Labor’s plan].”

As Mr Porter and Mr Burke sparred, business groups including the Australian Chamber of Commerce and Industry and the Australian Industry Group lined up to criticise Labor’s broader industrial overhaul, which includes proposals to give labour hire and gig economy workers similar rights to other employees.

“A one-size-fits-all approach to Australian work laws may have worked in the 80s, but it won’t work in 2021 and beyond,” said Charles Cameron, the chief executive of the labour hire lobby group RCSA, another industry association that opposes the laws.

Unions backed in Labor’s plans, which they see as levelling the playing field for workers regardless of their exact employment status and promoting secure jobs.

“People in casual and insecure work were the first to lose their jobs when the pandemic hit,” Australian Council of Trade Unions secretary Sally McManus said. “It’s about time someone is standing up and saying our country can be so much better and they will act to fix these problems.”