What does Eddie’s departure mean for Nathan Buckley?

admin 3 weeks ago AFL Comments Off on What does Eddie’s departure mean for Nathan Buckley? 11 Views 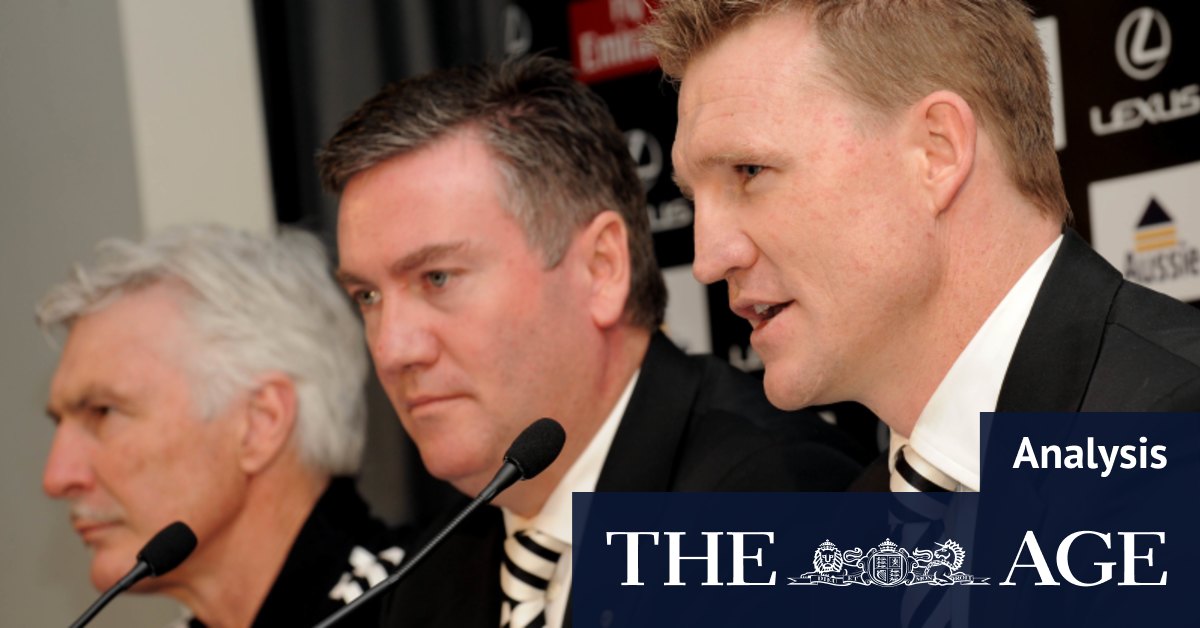 Walsh and Murphy pushed heavily for Buckley to be recontracted and for other changes to be made within the football department. Having commissioned the review, McGuire and his board strongly backed its recommendations.

Walsh departed the club at the end of last season and has been replaced by Graham Wright as head of football, while Murphy, who was then a consultant, has since joined the board and is now highly likely to be elected by the board to replace McGuire as president.

The club anticipates the more immediate impact for Buckley of McGuire’s decision to stand down is that it will redirect criticisms and calls for leadership change at the club from McGuire to Buckley.

Former player Heritier Lumumba has been highly critical of Buckley’s handling of him at Collingwood and those criticisms are expected to intensify with McGuire gone.

A friend of Lumumba’s immediately commented on social media after McGuire stood down that Buckley should also go.

Buckley has not commented on the Do Better report since it was released.

The report focused criticism on the executive and the board for the systemic failings and the culture of defensiveness and protection of key individuals. Thus it has been the president, board and executive that have had to answer questions to date.

Regardless, given he has been a senior leader at the club for an extended period, both as captain for nine years and coach since 2012, it would be worthwhile hearing from Buckley on the report.

There are important questions about the club’s culture raised in the report, but the more searching questions most likely asked of Buckley this year will be about results.

The club took aggressive steps in the trade period to address a heaving salary cap. The massive salary dump came after the club had moved away from flag contention year on year over the last three years, and after years of kicking the problem of crazy contracts down the road.

Having reviewed and rewarded Buckley with a contract extension in 2017, Collingwood contended for a flag the next year in 2018. They played a preliminary final in 2019 and a semi-final last year. The incremental steps away led to the idea that not only did the salary cap need to be addressed, so too did the list.

It was no longer seen as a list able to contend and action was taken before the Pies dropped radically away. The intriguing thing will be how Buckley is viewed for the team’s on-field performance this season, given the degree of change they instigated.

Whether Eddie is still there or not to be involved in passing judgment on the coach and the team is unlikely to materially affect whether Buckley is given a contract extension, according to Collingwood sources.

Previous ‘Worst commentator I’ve seen in my life’: Tomic slams Fitzgerald after straight-sets loss
Next Another injury blow for Demons with Weideman out for months

After Collingwood’s racism review, Buckley does better – as a start