Why Peter Dutton has questions to answer over grants 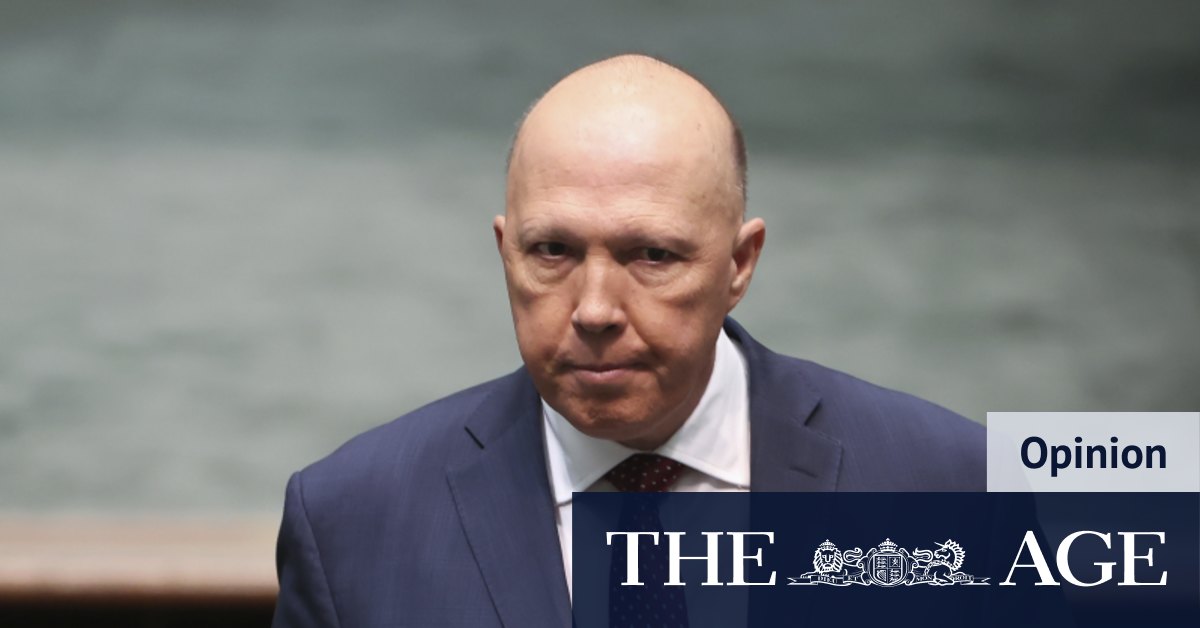 Only after the election did the scandals emerge. Thanks to the Australian National Audit Office, the government had to reveal the frantic work inside the office of sports minister Bridget McKenzie on the “sports rorts” program. She resigned for failing to declare a conflict of interest with one of the grants.

Now comes Peter Dutton with the Safer Communities Fund, a scheme that highlights the same questions over ministerial power, conflicts of interest and poor oversight. There is no audit of this fund, yet, but ABC reporters Paul Farrell and Alex McDonald used freedom-of-information law to see how the money was spent. The fact they had to rely on FOI is part of the problem.

There is no routine disclosure about how these decisions are made – an irony with the Safer Communities Fund, which is mostly about giving churches and schools a closed-circuit television system to increase surveillance.

It is too soon to be sure about all the decisions – that will be the work of an audit. It is not as neat as taking money away from Labor electorates and giving it to Liberal ones. In some cases, Dutton chose to reduce funding to projects in Coalition seats. This increased the amount to be given to other projects.

Three concerns emerge. First, Dutton intervened to give money to two projects in his own electorate: $10,917 to the Vineyard Christian Fellowship and $4521 to St Vincent de Paul. This was public money that could help his private interest at the election.

Second, the program was skewed toward helping Coalition seats and winning marginal ones. Dutton added 53 projects but only five of these were in safe Labor electorates, as shown in a tally by Katina Curtis of this masthead.

The third concern is about a potential conflict of interest. In September 2018, Dutton asked his department to consider a funding request from the National Retailers Association to help retailers prepare for terrorist attacks. Two months later, Dutton’s office asked the department to consider this “sooner” than otherwise.

The result was a March 2019 decision to give the retail group $827,000. This was recommended by the Department of Home Affairs. The proposal had “satisfactory scores” from the Department of Industry. Dutton did not have to overturn advice, but he fast-tracked the money and made the final decision.

So what is the National Retail Association? It is based in Dutton’s home city of Brisbane and has about 7500 members running about 28,000 shopfronts. Most of the members are small companies. The group has donated to both sides of politics but more of the money has gone to the Coalition. And some of it has gone to help Dutton. The ABC found a donation of $1500 to the Liberal National Party to support Dutton in 2019. The association’s financial reports also show a $2273 payment to the LNP for a budget night event with Dutton in May 2018.

It is common for industry groups to pay to attend political functions, of course. The association’s chief, Dominique Lamb, is not a member of the LNP. The group says she has not made personal donations to political parties.

The National Retail Association would not say whether it had donated more than these amounts. The last report lodged by the group as a political donor at the Australian Electoral Commission’s transparency register was for 2004. So it is impossible to be sure about all its payments.

Dutton sounds angry at the reporting of these grants. “The baseless suggestion that I have or would be influenced by a lawful donation to the LNP is false and highly defamatory,” he told the ABC. This column put questions to his office at 11.18am on Thursday but had not received a reply before the column went to press.

That anger is not much of a response. If anyone should be outraged, it is the taxpayer. Huge amounts of taxpayer money are being spent in a secretive process that gives ministers total power over every grant without any checks on their decisions. Those who apply for money get no transparency about the outcome; the result can come down to whoever has the best political mates. This happens alongside a weak donations regime that cannot be used to check thoroughly whether grants are going to donors. At the same time, freedom of information is whittled away and the audit office has its funding cut.

And it is all part of a naked race for power in which politicians rely more and more on bigger and bigger grant programs. It is another reminder of the need for a national integrity commission.

Dutton has questions to answer over his decisions, whether he likes it or not. And with $5 billion in election grants yet to be audited, those questions will not be the last.

David Crowe is chief political correspondent for The Age and The Sydney Morning Herald.

Previous Low-key welcome to Year of the Ox as Lunar New Year festivities reined in
Next New genetic tools to stop koalas, other species ‘going down the drain’

Nationally, prices rose by 2.1 per cent over the four weeks of February – the …