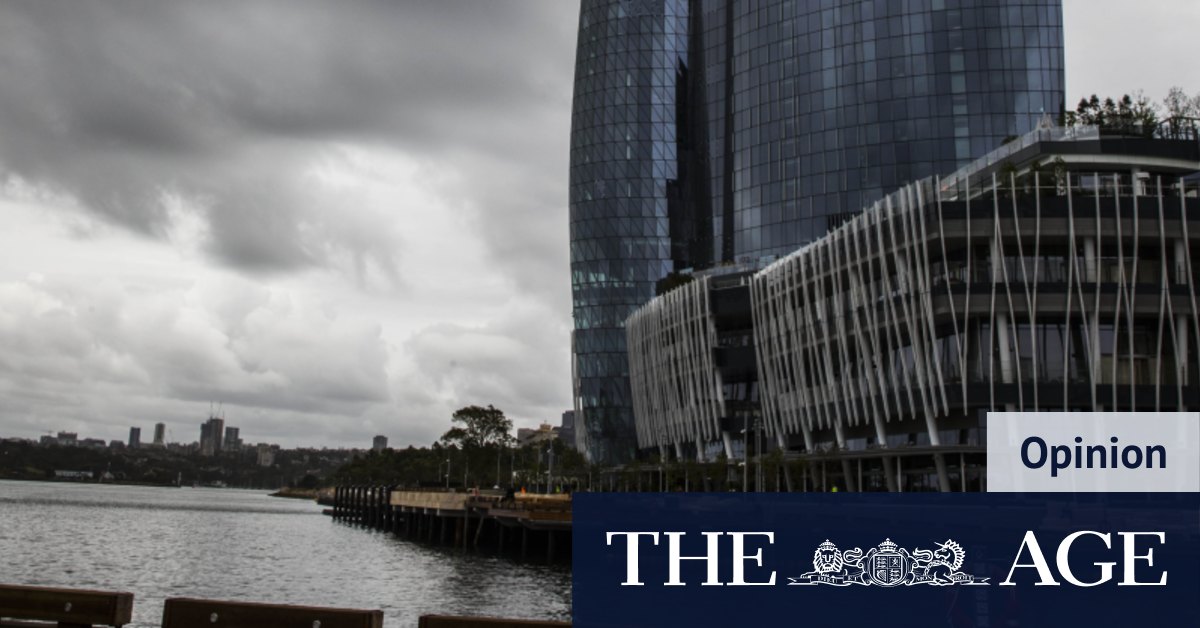 Portent 1: last week’s tale of woe from the supertall Manhattan resi-tower, 432 Park Ave. Panels cracking, materials igniting, people dying and buildings becoming uninhabitable with no proper redress; we’re used to such sagas from rented towers. But 432 Park Avenue, designed by Uruguayan starchitect Rafael Viñoly and construction-managed by our very own Lend Lease, is – at 427 metres – among the tallest, slenderest and most astonishingly expensive blocks of flats in the world.

In 2016, reports The New York Times, its 96th-floor penthouse sold for almost $US88 million ($113.5 million) to a company representing Saudi retail magnate Fawaz Alhokair, with monthly carrying costs around $US33,000. And for most owners, this isn’t even their primary home.

So it’s not just schadenfreude. Burst pipes, water ingress, elevator malfunction, wind sway, unaccountable sighing, shrieking and banging and skyrocketing fees and the inevitable angrification of residents: that most of the buildings catastrophes result from its immense height suggest that perhaps our era of testosterone-fuelled towers will end with a whimper.

Portent 2: the elevation of funny little New Zealand – “last, loneliest, loveliest, exquisite, apart,” as Rudyard Kipling wrote of Auckland – to super nation status. Who would have expected this distant string of daggy, wet, sheep-filled islands to become the envy of the world, with Jacinda Ardern named “the best politician in the world” by one German magazine and “the most effective leader on the planet” by The Atlantic.

It’s obvious why. At 6.30pm on March 25 last year, while Australian governments huffed and blame-shifted, changing rules and entrenching inconsistencies, Ardern sent out a civil-defence mobile phone “honk” taking the country to Level 4 restrictions from midnight. It was clear, simple, protective and unequivocal. No mess, no politics, no confusion. Naturally she signed off in Maori: Kia kaha. Stay strong. Imagine Scott Morrison signing off in Dharug. I don’t think so.

The result was minimal infection and a diverse, tolerant, vibrant south-sea country that now strikes the rest of the world as the ultimate haven: beautiful, clean and sane.

Portent 3: widely reported art-world news is that older women – rather than young men – are the new darlings. Artists such as Cuban-American painter Carmen Herrera, 101, Italian painter Carol Rama, who died in 2015 at 97, German-Italian Irma Blank, 87, and Romanian Geta Bratescu, who died in 2018 aged 92 were overlooked when young but now command high prices. This is significant because the art world is so often a thought leader, trialling ideas that seem outlandish until, sometime later, they become mainstream.

You might think such reversals irrelevant to Packer’s Pecker. I beg to differ. For me, a collector of reasons for unreasonable hope, they feel like harbingers. True, there’s plenty of evidence otherwise. But still, perhaps Dylan is right. Perhaps it has begun. Perhaps the old (wealthy white male) order is rapidly fadin’.

So we must now ask: what, precisely, to do with Packer’s hyper-conspicuous Pecker. Packer’s Monstrum. Should we wrap it in a big red Valentine’s bow and pretend all is well?

In Justice Bergin’s two-volume report the word “launder” appears 269 times, and she’s not talking cleanliness. “There is no doubt that the money laundered by [junket operator and convicted launderer] Roy Moo came from the proceeds of criminal activity by the international drug-trafficking syndicate, The Company. There is no doubt that the money was laundered through Crown Melbourne.” Rather than act on warnings from its bank as far back as 2014, Bergin found, Crown merely insisted it had been “deeply wronged” by the media.

True, there’s a leap between associating with criminals, even knowingly and for profit, and actually being criminal. Then again, this is our land.

Back in 2016, the Department of Planning wrote that the casino would have “minimal impact on view corridors”. It would “provide significant public benefit”. It lied.

If Crown is not a suitable “person”, the 2013 licence cannot bind so the 2016 approval was never valid. Now we must recognise that.

Annul the licence, rescind the lease, fill the Pecker with public housing, call it Packer’s Penance. Packer’s Droop. Or maybe, simply, Sirius II. There’s justice in that, as reversals go. Better still, demolish. Tell them we’ll have our park back. Reckon that sounds fair.

Elizabeth Farrelly is a columnist.