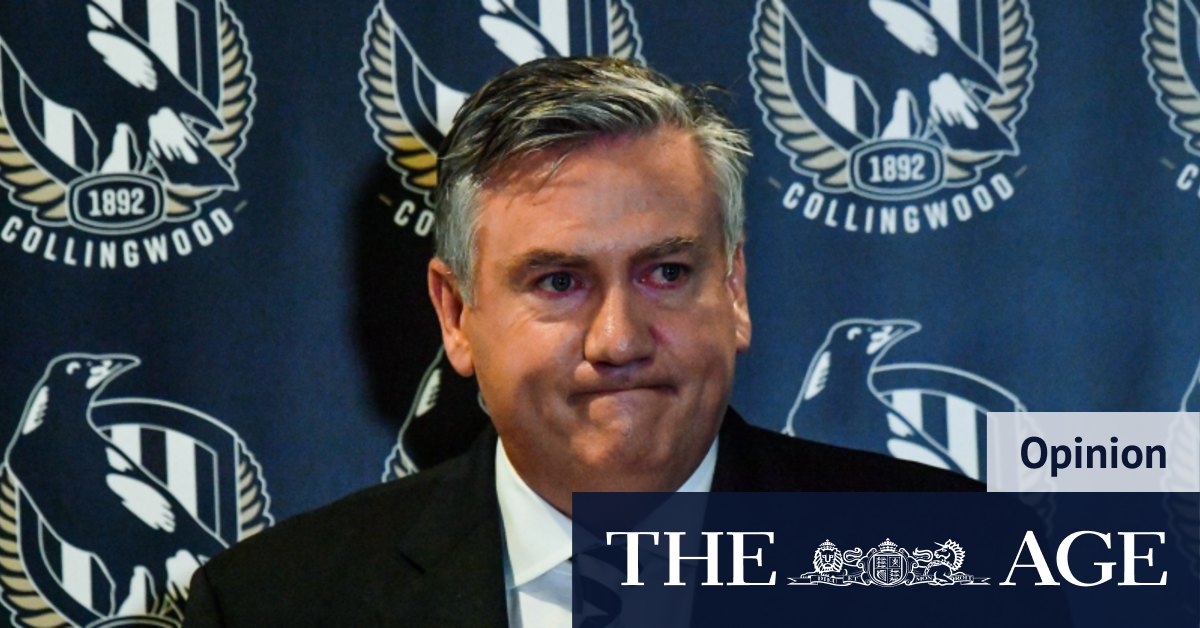 The sharpest exchange was with McGuire, who said the religious right of the Liberal Party had just “knocked over” Malcolm Turnbull as prime minister. “The religious right had nothing to do with that,” Morrison said of the leadership turmoil. “There isn’t a religious right, I don’t believe.”

Morrison would not be mourning McGuire’s demise this week. The two men were too alike to ever be genuine friends. Both have peculiar leadership traits in common. They can read the zeitgeist without being good listeners. They appear to be relatable, easy-going fellas, but notwithstanding decades in the public eye, they still haven’t figured out how to take criticism.

One line in the independent report that McGuire commissioned into Collingwood’s handling of racism jumped off the page because it described a more general leadership mindset in Australia.

“A key observation from within the Collingwood Football Club community is that when complaints about racism are made within the club, they have not been responded to in an effective manner; more attention is given in response to media reports as opposed to matters raised internally,” the Do Better report found. “The result of this is that Collingwood is perceived as being defensive, doubling down and denying allegations instead of taking an active and proactive approach internally.”

Defensive, doubling down and denying is the default setting for Morrison’s handling of any controversy. It is why Morrison would have noted how quickly McGuire’s hold on power at Collingwood vanished after he told the media that the report represented a “proud day” for the club. McGuire had bluffed his way through previous controversies, most notably in 2013 when he likened Sydney Swans star Adam Goodes to a gorilla. Has the mansplainer model of leadership reached its use-by date?

McGuire’s decision to relinquish the Collingwood presidency after 22 years is significant precisely because the trigger was racism. The last Australian leader to lose his job in similar circumstances was John Howard in 1989. Unlike McGuire, Howard had played his race card consciously. He made a calculated attack on Asian migration as opposition leader in 1988 and prime minister Bob Hawke called him on it.

As Howard conceded to me later, he had been wrong on Asian immigration, and the backlash was one of the reasons he lost the Liberal leadership to Andrew Peacock. On his return from the wilderness in 1995, he presented as a man who had learned from his mistakes. The record of his time as prime minister bears this out. On his watch, between 1996 and 2007, Australia settled 1 million migrants, of whom 600,000 were from Asia.

McGuire, in his smaller jurisdictions of media and football, never made an equivalent attempt to change. He kept running into the speed hump of his pride. He didn’t see himself as a racist, and never thought to reflect on why others might.

What is intriguing about the Collingwood story is what it says about who we might be becoming as a people. The club’s supporter base leans Labor but with a blue-collar sensibility, which appeals to conservative politicians.

Most Magpie fans, of course, don’t identity with the racists in their ranks, and no prime minister would actively court that fraction of the electorate on their terms. But Morrison is not naive. He knows that a fan who is prepared to boo an Aboriginal player is likely to be a “quiet Australian” in the polling booth. And many more Collingwood people who don’t have a racist bone in their bodies defy the Melbourne stereotype of being cosmopolitan on all things. Migrants, in particular, are generally more conservative on social issues than their Australian-born neighbours.

Collingwood’s old Australian heartland is represented by the electorate of Calwell, in Melbourne’s outer north, which covers the working-class suburb of Broadmeadows where McGuire grew up in public housing. Calwell was one of just two Victorian electorates to vote no in the marriage equality plebiscite of 2017.

The other was Bruce, in Melbourne’s outer south-east, where a significant proportion of Richmond members live. As a Tigers fan, I must declare my obvious conflict of interest. We had our share of racist supporters when I first watched the footy as a kid in the 1970s. But my club is recognised as a role model for inclusion today. (And I can’t help but note that McGuire, and fellow big personality president Jeff Kennett at Hawthorn, have two premierships between them after a combined 31 seasons of service. Richmond president Peggy O’Neal, the first woman to run an AFL club, has three flags in seven seasons.)

Calwell and Bruce are safe Labor seats at federal elections. But Morrison and others in the Liberal Party drew comfort from the same-sex marriage vote because it signalled that the nation was more more conservative than it seemed at the time from the media centres of Sydney and Melbourne. It was voters like these who had delivered Morrison his miracle election win in 2019. Morrison will want to pay extra attention to such socially conservative voters now because they may, through the proxy of Collingwood’s reckoning on race, be signalling a more general shift in attitudes in favour of reconciliation.

In that interview in 2018, Morrison explained why the term “religious right” grated. It was an American import he wanted nothing to do with. “We’ve got to stop appropriating all this stuff from America and everywhere else,” he said. “It’s not how we do things here. We’ve got our own show, we’ve got our own democracy, and it works differently to those other places. So it’s certainly not how I’ll run the show.”

But the US, for better or worse, shapes the way all our leaders see politics. Morrison is an infinitely more decent man than Donald Trump. Yet he didn’t mind borrowing from the former president’s parochial playbook, with its emphasis on border control and culture wars. He won’t want to show that side of himself to the new US President. Joe Biden ran on an explicit anti-racism platform.

Morrison would remember the last time the US pivoted to openness was the election of Barack Obama in 2008. Australians had got there first by throwing out of the Howard government in 2007. One of the issues that dogged Howard all the way to his defeat was his refusal to apologise to the stolen generations. Is McGuire’s demise an early warning to Morrison that Australians want him to stop prevaricating on the Uluru statement?

George Megalogenis is a journalist, political commentator and author.