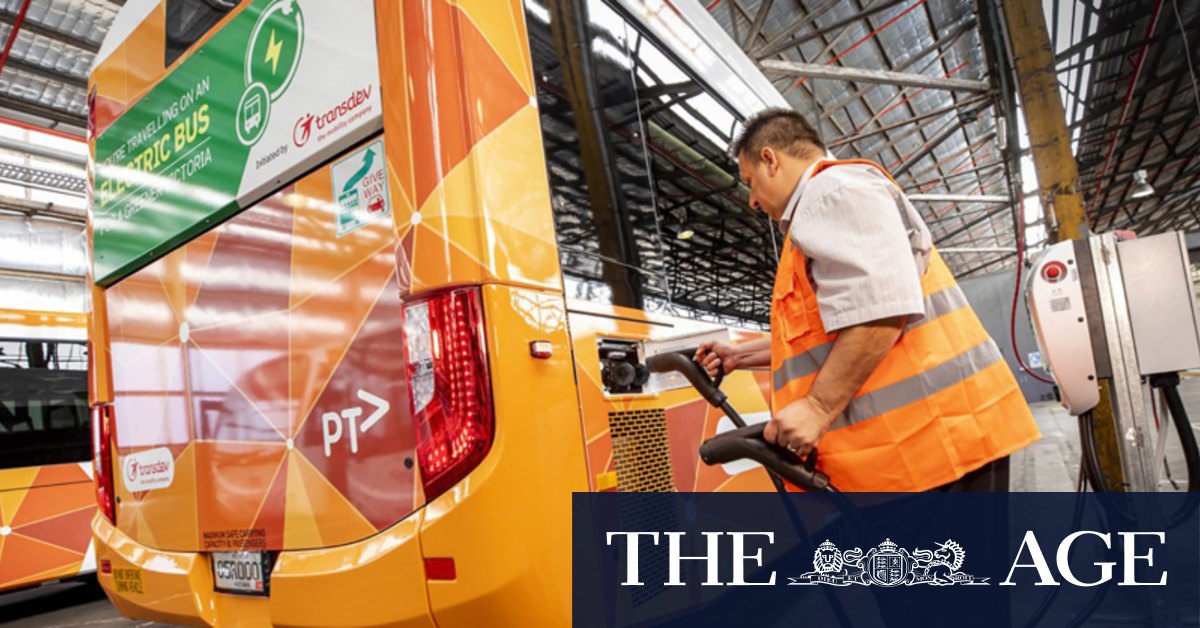 The state’s own laws required the government to set the targets for 2025 and 2030 last year, but the decision was delayed because of the coronavirus pandemic.

Environmentalists have urged the government to aim high, telling it to make the laws consistent with limiting warming to 1.5 degrees.

The University of Melbourne modelling shows Victoria could realistically achieve an emissions reduction of 75 per cent from its 2005 level by 2030, a target consistent with the global goal of keeping warming below 1.5 degrees.

It also claims such an emissions reduction strategy would generate investment in the state in excess of $50 billion out to 2030, while creating up to 53,900 construction and manufacturing jobs.

“It’s not a matter of not being able to do it – it’s a potential scenario we can actually achieve,” Mr McConnell said.

He said significant cuts in emissions would need to be found in the transport sector.

“The easiest lever for the government in the short term is the electrification of buses, but also the transport fleet used by the government,” he said.

The science-based approach the Victorian government used for the COVID-19 pandemic should also apply to climate emissions, said Friends of the Earth climate spokesperson Leigh Ewbank.

“The achievement of ambitious emissions reduction targets can be the mission that drives Victoria’s economic recovery over the next decade.”

In deciding a target, the government is required to consider the advice of an independent panel chaired by Labor heavyweight and former federal minister for climate change Greg Combet.

The Combet panel found Victoria should reduce its emissions by between 32 and 39 per cent in the next five years, and by 45 to 60 per cent over the next decade. But it stopped short of recommending targets consistent with limiting warming to 1.5 degrees.

Bruce Mountain, the director of the Victoria Energy Policy Centre at Victoria University, said he was unsure if the state government had an appetite for the deepest emissions cuts.

He said electrifying transport and removing gas supply from homes were the next steps needed for reasonable emissions reductions, but noted neither was straightforward.

“Tech changes have made emissions reduction in energy a whole lot easier, but getting emissions out for the rest of the economy is going to require a lot of organisational and government support,” he said.

A significant part of the recent emissions reductions came from the closure of the Hazelwood power station in 2017.

Hazelwood produced about 9 million tonnes of emission each year and represented about 18 per cent of the state’s total emissions.

Mr Mountain said the Yallourn power station, which is old and inefficient, is expected to be the “next cab off the rank” for closure, adding it produces slightly less emissions than Hazlewood did.

“In the last budget we made the largest investment in clean energy of any state, ever,” Ms D’Ambrosio said.

“We will have more to say about our legislated interim targets and climate change strategy soon.”

Previous Sydney residents to be locked down after concerns raised about Victorian tracing efforts
Next As it happened: Thiem downs Kyrgios in a classic, injured Djokovic beats Fritz while Serena, Osaka, Zverev and Halep advance