For some, gruelling days

admin 3 weeks ago Victoria News Comments Off on For some, gruelling days 7 Views 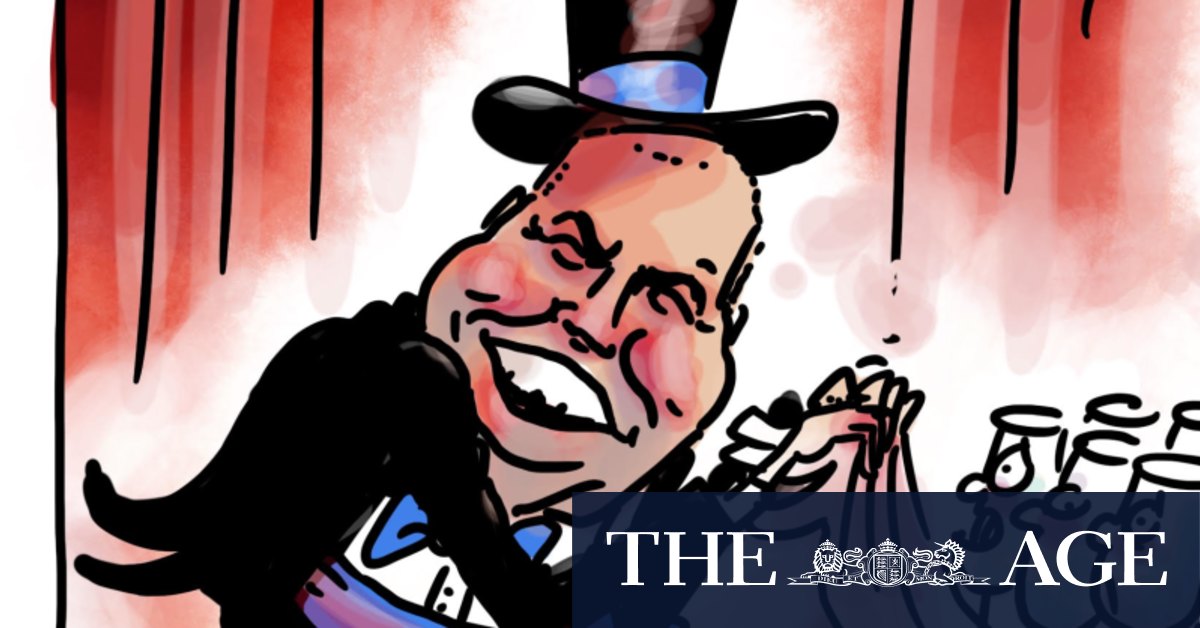 Oh, Daniel Andrews, I thought so highly of you until you folded and allowed the Australian Open to be held. And now there are more quarantine leaks. Our patience is being sorely tested as the tennis matches continue but all the rest of us are confined to our homes and special events have been cancelled. Not happy, Premier.
Ruth Bell, Malvern

Sport, but not for all

It is true that language continually evolves but I am bemused by the expansion in the meaning of “essential worker”. Our authorities now apply this term to professional sportspersons, notably tennis players and AFLW footballers, apparently to justify their lockdown-exempt status. This concession sits uncomfortably with the sacrifice exacted from tens of thousands of young and old community sport participants who have to forgo their weekend fixtures.
Terry Harrison, Mount Waverley

My jaw dropped when I read Jacqueline Maley’s comment about Scott Morrison’s “strong leadership during the pandemic” (Sunday Age, 7/2). Is this the man who tried funding threats and, later, bribery to get independent schools in Victoria to stay open? They ignored him. The man who sniped endlessly at Daniel Andrews and, possibly sensing our boredom, “sicced” Josh Frydenberg onto him? Both ignored.

Most shamefully the man who is ignoring the hundreds of deaths in federally managed aged care homes in Victoria? Scott Morrison has been partisan and reprehensible in his abdication of proper responsibility during the pandemic.
Mary Horrocks, Beaumaris

In support of the Premier

I am heartily sick of Michael O’Brien’s carping and lack of constructive suggestions. We are indeed fortunate that Dan Andrew is taking preventive measures against the highly contagious British COVID variant. If we are looking to blame, then the federal government has to be held responsible for failing to provide purpose-built quarantine stations, given that hotels cannot do the job properly no matter how well they are run. It is time to act, Scott Morrison.
Ruja Varon, Malvern

Tourism leaders want the Andrews government to rescue ailing Melbourne hotels, attractions and experiences through a city-specific travel voucher scheme that asks regional Victorians to return the holiday favour (Sunday Age, 7/2). Have you heard of closing the gate after the horse has bolted? Melbourne is a wasteland and so many businesses are already closed. It is heartbreaking. Talk is cheap and useless at this incredibly late stage. The powers that be should be ashamed at their inaction.
Dianne Wood, Docklands

Refurbish and re-open Point Nepean Quarantine Station, along with North Head in NSW, thus removing the threat of COVID-19 from the central business district of both major cities.
Stuart Campbell, Blackburn North

As a dual citizen with close family in Europe, I understand the need to travel internationally, especially on compassionate grounds. Yet we should not let our compassion for a few outweigh our concern for the welfare of millions of Australians whose lives are impacted by the psychological, social and economic effects of lockdowns. When will our governments start acting in the interest of the majority of Australians?
Pete Koval, Murrumbeena

I live on a busy highway so we have to put up with the noise of trucks and cars all day. But for the past few mornings when we have woken up, it has been blissfully quiet. Maybe we should go into a permanent lockdown in Victoria. Think about it: less traffic congestion, guaranteed seats on the trains even in peak hour, environmentally friendly too, and none of that school-related congestion on the roads and public transport. So I propose a permanent extension of the state of emergency and Daniel Andrews as Premier for Life.
Jon Newton, Kilmore

The mad rush, yet again

A plea for action, now

We created Fairfield Infectious Diseases Hospital in much tougher economic times. How much more financial and social cost must we bear before similar, purpose-built facilities are again established?
Paul Deany, St Kilda West

Zach Hope – “What lies beneath might just be one eel of a story” (Sunday Age, 7/2) – 60 years ago my father and others regularly caught eels in a creek in West Rosebud (now known as Capel Sound). We had the eels for dinner, which, as I remember, were mostly boiled and OK.
Lance Ross, Kooyong