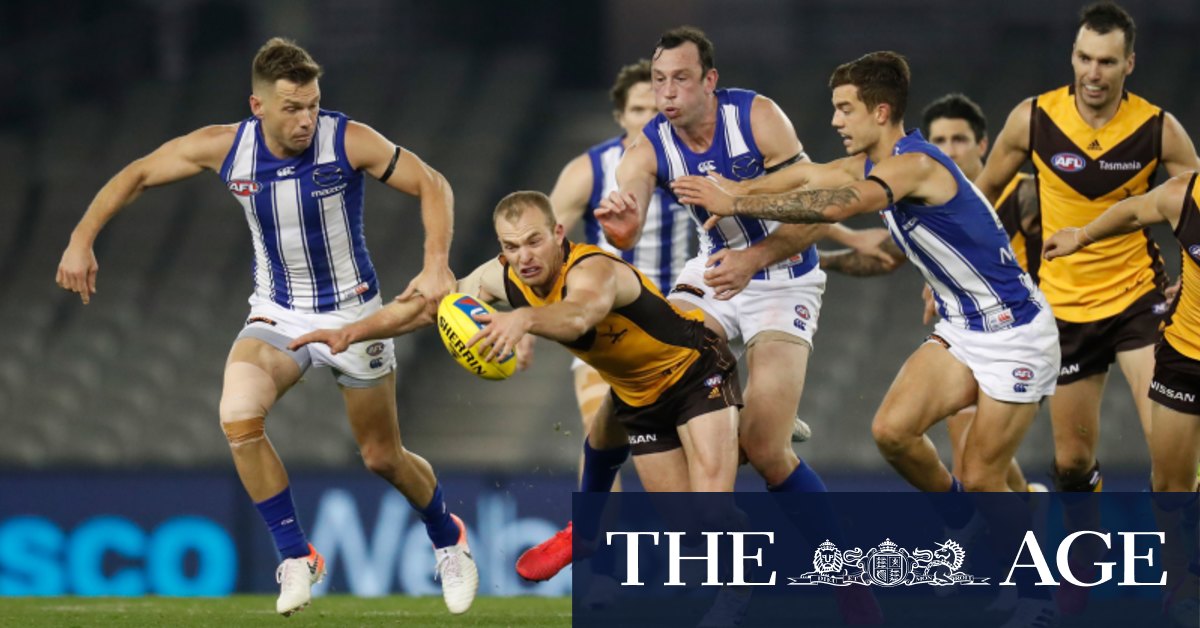 The league is expected to form a response in the week ahead with AFL CEO Gillon McLachlan having been in ongoing conversations with Gutwein about the issue since the 2020 season ended.

Brett Godfrey, who chaired the Tasmanian AFL Licence Taskforce, said the business case for a standalone team was modelled on the basis that a 19th team could succeed without it being at the expense of an existing AFL club.

He said, however, that Tasmanians would be unlikely to reject a relocation if it became the only viable option, with history showing relocated clubs have won premierships with strong supporter bases remaining in Victoria.

Amarfio wasn’t prepared to comment on Kennett’s position but made the point that the Kangaroos’ agreement was actually with TT Line (The Spirit of Tasmania) rather than directly with the government. However, he understood that the Premier’s position would be crucial in determining any potential extension of their deal.

He said the Kangaroos supported the push for a Tasmanian AFL team but had a word of caution.

“We have to be realistic and prudent. In the past 24 hours alone we have had two more AFL clubs announce significant financial losses and debt. Any expansion of the AFL competition must be assessed with the wellbeing of the competition in mind and against the backdrop of the ravaging effects of the COVID response,” Amarfio said.

At the start of 2020, the Tasmanian government presented to the AFL a business case they had commissioned for a standalone team in Tasmania but the process stalled during the coronavirus pandemic.

Godfrey said the game was at a tipping point in Tasmania and a path forward was essential.

“Those that love the game have to understand that even with those clubs [Hawthorn and North Melbourne] continuing to play in Tasmania the sport is heading towards the abyss. That sadly isn’t an exaggeration but a fact.”

“Those that love the game have to understand that even with those clubs [Hawthorn and North Melbourne] continuing to play in Tasmania the sport is heading towards the abyss. That sadly isn’t an exaggeration but a fact,” Godfrey said.

“What the AFL community has to understand is that the current direction isn’t delivering at the grass roots [participation] and for broadcaster [dollars] in declining fan engagement. Both metrics go against the grain compared to the other states.”

This week the Launceston Council also endorsed a $208 million proposal to redevelop the York Park precinct where Hawthorn have played home games since 2001. The proposal is yet to receive funding but would lift the ground’s capacity to 27,000. The taskforce business case included a stadium being built in Hobart.

Last year Kennett advocated for a review of the AFL’s operations and one industry source said they suspected his comments about relocation were designed to spark conversation on the issue, confident Hawthorn would not relocate.

Previous Warning on the segregation of school students and the risk to business
Next He saved the euro, now Draghi is charged with saving Italy, if not Europe