Two different nebuliser stories, as the government sticks by its claim

admin 3 weeks ago Victoria News Comments Off on Two different nebuliser stories, as the government sticks by its claim 7 Views 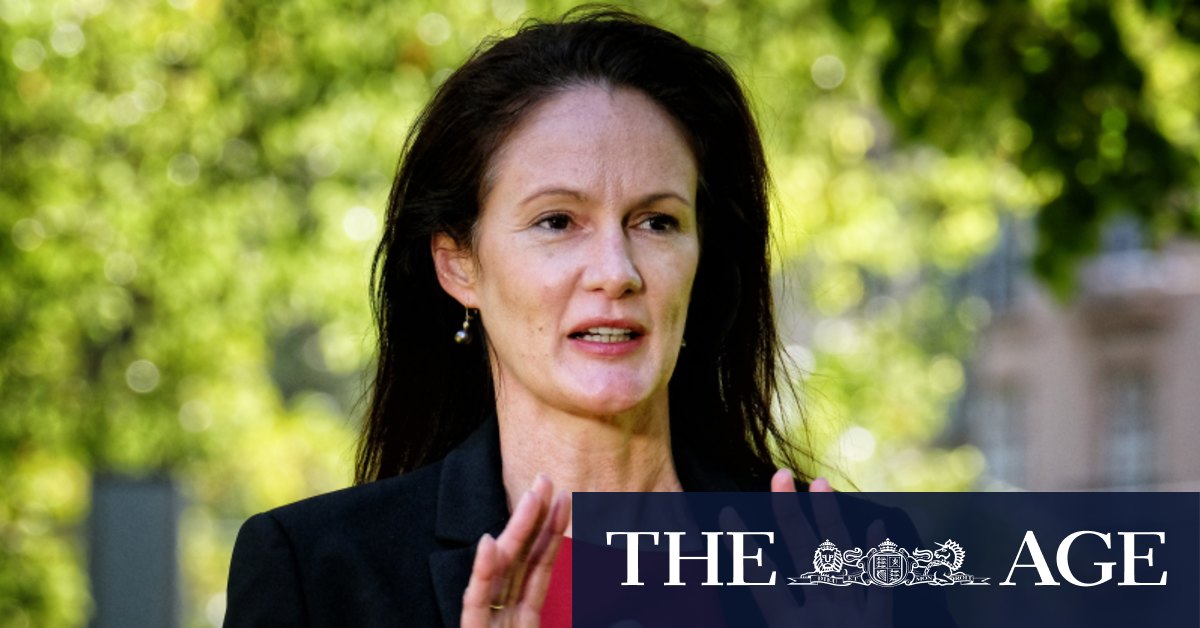 But she also said she could “categorically say” there was no evidence from an audit that the nebuliser issue was raised with the hotel quarantine health or operational team.

It came as one further case of coronavirus was announced on Saturday – a man aged in his 30s from the Point Cook area who was a friend of a hotel quarantine staff member and attended a private dining venue at 426 Sydney Road in Coburg with extended family members on the evening of Saturday, February 6.

This event is now of particular concern to contact tracers and a further nine new exposure sites mostly in Melbourne’s west and north have been identified, including a service station and multiple public transport routes, leading to more people being put into 14-day isolation.

The number of primary close contacts for the cluster, now at 14 cases, has grown to close to 1000, with many of these test results set to arrive in the coming days.

“Today is not the big day for those results, the balance of those will start to come through tomorrow, and Monday,” Mr Andrews said.

He said they were receiving many “pleasing” negative results, including 11 staff at the Brunetti airport cafe who it was feared had been exposed to the virus via another worker.

“However, part of that abundance of caution is the assumption that there are cases out there that we don’t know about,” Mr Andrews said.

The premier also batted away multiple questions about whether the Holiday Inn guest was given permission to use his nebuliser.

“I have no advice that sees me doubt what I’ve been told by CQV,” Mr Andrews said. “I don’t believe I have said things that were inaccurate, I go off the advice that’s provided to me.”

The man who used the nebuliser, who has a young baby and is slowly recovering from the virus, maintained staff gave him permission to use it at both the initial quarantine hotel and the medi-hotel to which he was moved.

“If I was told that I couldn’t use it, I never would have used it,” he told The Age and Sydney Morning Herald on Friday. “The way it has all come out in the news and through the government has made it sound like I was using it illegally or that I have snuck it in or something like that. It’s been very distressing.”

Ms Cassar said it was her responsibility to make sure rules around nebuliser use were clear and new precautions have since been introduced, including airport screening.

It comes as a number of health sources told The Age and Sydney Morning Herald that they were concerned that the re-booted hotel quarantine program lacked sufficient health expertise.

Victorian Ambulance Union secretary Danny Hill said at a meeting held between health unions and government officials on Friday it appeared the Health Department and CQV had not been operating collaboratively enough.

Mr Hill said he was shocked to find that no hotel quarantine worker had yet been included in the Victorian taskforce established to prevent healthcare worker infections, as it was one way for people to raise the alarm about any problems.

“That group has done an enormous body of work that would absolutely help to protect those workers,” he said.

“I don’t think shocked is too strong a word that hotel quarantine workers weren’t included.

“What I took away from the discussion is that they are separate and sort of doing their own thing … But from my point of view hotel quarantine should be treated as a health facility with the same standards.”

“There’s a deputy chief health officer that is directly appointed and has only one job, and that is to run the public health side … of CQV work.

An estimated 2600 healthcare staff contacted coronavirus last year while they were at work, and investigations are still under way to shed more light what that led to these infections, or how they may have been prevented.

Andrew Hewat, assistant secretary of the Victorian Allied Health Professionals Association, was also present at the Friday meeting and is concerned some of the discussions between the Health Department and CQV about what the health taskforce had learnt about infection control appeared to be in their infancy.

“For us it was just a confirmation of what we feared, that they haven’t been learning from the mistakes that were made in infection control during the second wave,” he said.

Previous ‘She’s kept everything’: Janet Jackson to auction four decades’ worth of costumes
Next Lockdown could see another $10m hit to TA’s bottom line