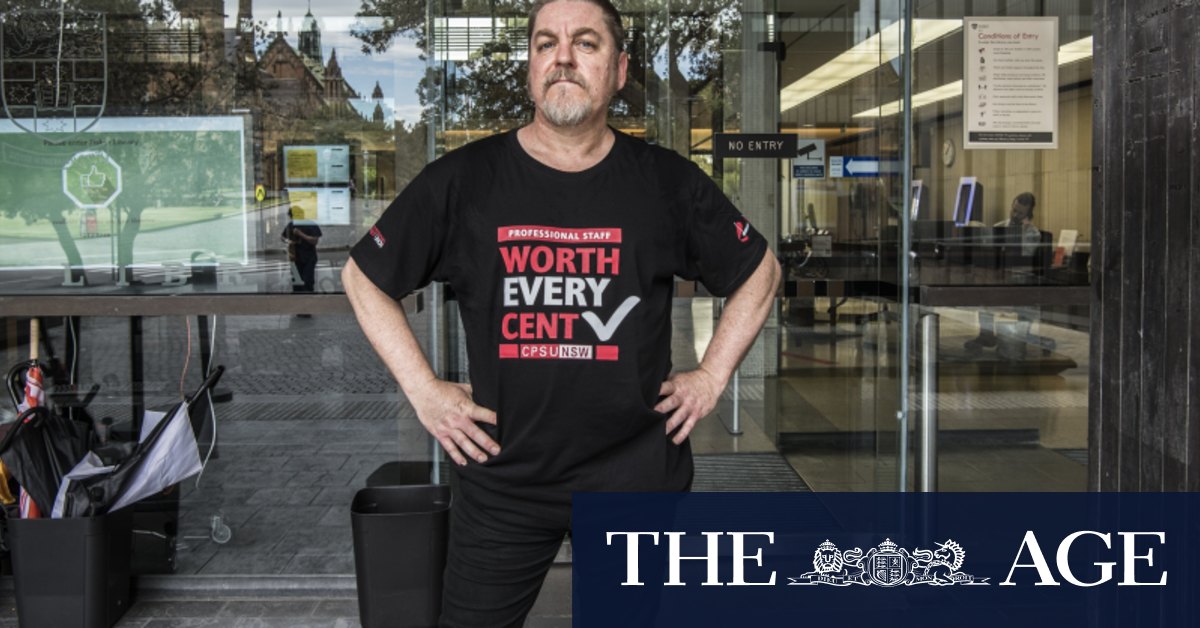 “Moving forward, library staff will not receive shift loadings, but will be entitled to overtime payments in certain circumstances.”

The audit has found six years’ worth of payroll shortfalls adding up to tens of millions of dollars. The university’s 2019 annual report said salary costs were about $1.07 billion, so the value of the underpayments over six years could be more than $30 million.

Grant Wheeler has worked at the university for more than 20 years and is among hundreds of library staff he said were surprised to receive the letter earlier this month. He said he was unaware that he had been misclassifed as a shift worker for many years and was concerned that underpayments beyond the last six years may not be recovered.

“This is endemic in the system and affects a lot of staff,” he said.

Troy Wright, assistant secretary Community and Public Sector Union (CPSU) NSW, said many of the university’s 265 library staff and others who had left could be owed hundreds of thousands of dollars in missed overtime.

“The union is weighing all of its options, including legal avenues, to make sure that those who were underpaid can get their lost wages,” he said.

“The university must not drag its feet in repaying staff and fairly recognise all of those long-term staff who are owed,” he said. “The inclusion of a cap on repayment seems deeply unfair, given many of the staff have been working in the library for decades.”

A University of Sydney spokeswoman said PricewaterhouseCoopers had been engaged to undertake a university-wide review of employee entitlements.

“The initial review, undertaken after we became aware of recent media coverage of underpayments discovered at other large organisations, uncovered some errors mainly affecting professional casual employees,” she said.

“As part of this ongoing review, we have identified that certain staff in our Library (employed under our current and previous enterprise agreements) have been incorrectly classified as shiftworkers and have received a shift loading rather than overtime pay in accordance with the enterprise agreement.

“We regret that this error has occurred and will continue our work to identify and rectify any amounts which might be payable by the University as swiftly as possible.”

Our Morning Edition newsletter is a curated guide to the most important and interesting stories, analysis and insights. Sign up to The Sydney Morning Herald’s newsletter here.