‘If it wasn’t a grand slam, I would retire’: Djokovic reveals injury toll after booking quarters ticket

admin 2 weeks ago Sport Comments Off on ‘If it wasn’t a grand slam, I would retire’: Djokovic reveals injury toll after booking quarters ticket 6 Views 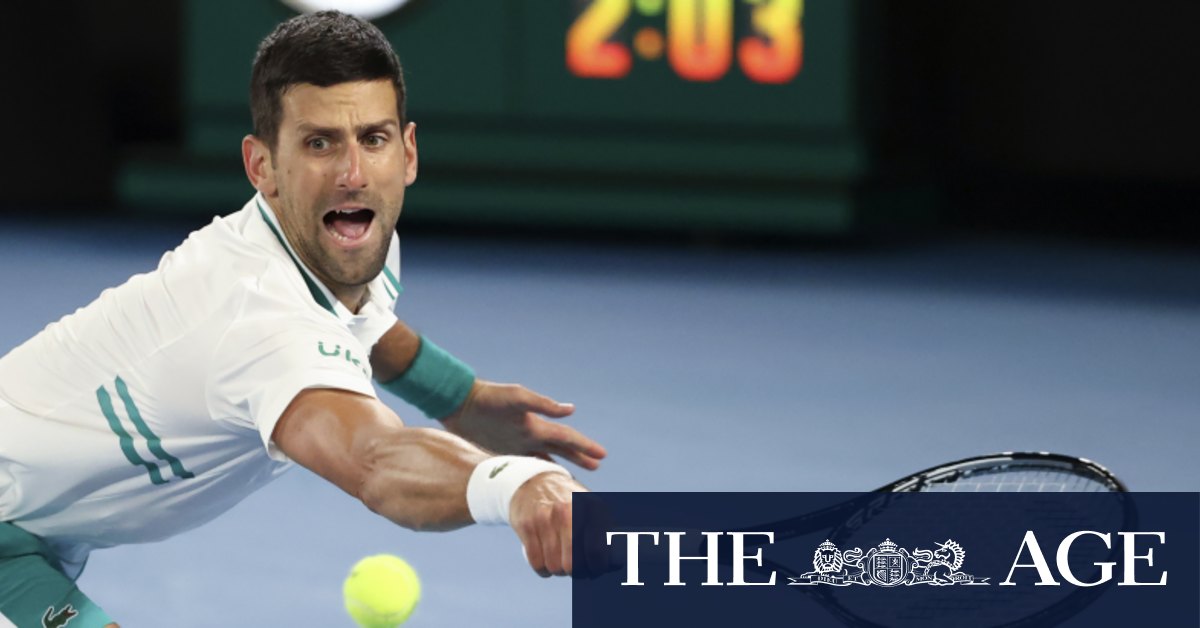 Post match, Djokovic said he would not have played if the tournament had not been a grand slam.

“If I’m part of any other tournament other
than a grand slam, I definitely wouldn’t be playing.
But it’s a grand slam,” he said.

“It matters a lot to me at this stage of my career, of course. I want to do everything possible in this very short amount of time to get on the court.”

The ease with which Djokovic appeared to get through the match may have something to do with his fourth-round match up.

There was no better match up remaining in the Australian Open draw for the eight-time champion – he has always had an edge over Raonic.

The pair had met 11 times in the past and Raonic had never beaten Djokovic. Prior to the Sunday night clash, he world No. 1 had a 26-3 set advantage.

There were no early signs of discomfort for Djokovic and he claimed the first set in a tiebreak.

His demeanour changed in the second set.

Mentally, he started taking aim at his box and the photographers, who – in the absence of fans – have moved behind the court.

“Why are the photographers standing behind?” Djokovic asked the chair umpire early in the second set.

“It’s not their place – they’re supposed to be out there or on the side.”

He had other sprays in Serbian for his box.

The grimaces started after Raonic broke the world No. 1 for just the 11th time in their 12 matches.

Djokovic stopped chasing balls that may have been reachable if he was 100 per cent. The pain subsided as Djokovic took control of the match in the third and fourth sets.

“Playing best-of-five, you know, being an aggressive mover like I am on the court doesn’t help much with this kind of injury,” he said.

He said medication and treatment, combined with his willpower and his ability to play through pain, had helped.

“Mentally, I think you have to kind of accept that I did come into the match knowing that I’ll probably feel pain all the way through, which was the case,” he said.

“But it was the level of the pain was bearable, so I could actually play. And it was kind of going on and off a little bit during the match. At certain stages of the match it was more, certain stages less.”

“As I said, it’s in really God’s hands where my condition goes from today to the first point against Sascha (Zverev),” he said.

“I’m just hoping that it’s going to go in the right direction, that I didn’t damage it … too much and [that I] kind of feel even 10 per cent better than I did today. And if that’s the case, I like my chances.”