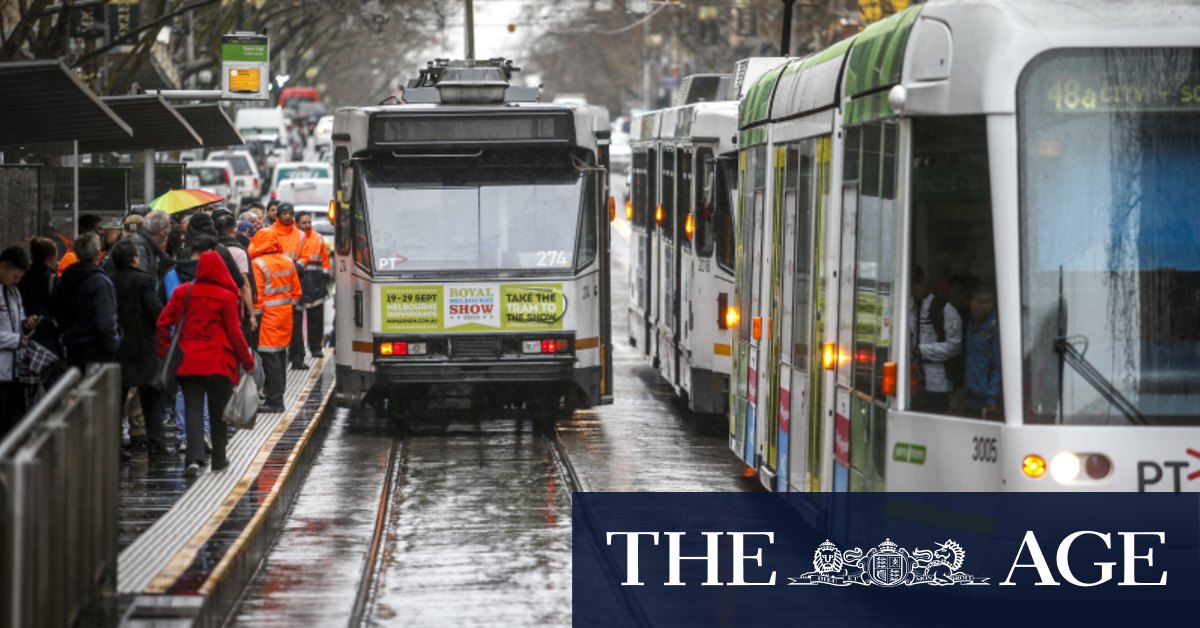 The document, which a government spokeswoman has described as “historical”, reveals that Keilos Downer warned in 2017 of “considerable” risks to safety and service delivery in continuing to operate the network’s older trams.

By the end of Keilos’ current contract with the government in 2024, all rolling stock more than 20 years old would have exceeded their use-by dates. In 2016, 40 per cent of the fleet had already exceeded its design life.

While 100 new E-class trams have been purchased – 30 more than anticipated by Keilos in 2017 – most of Melbourne’s trams are still 40 to 50-years-old, and the bulk are not wheelchair-accessible.

“The challenges and risks of continuing to operate the older trams of this fleet are considerable,” Keilos warned in 2017.

“These trams were not built to modern standards and cannot meet the more stringent modern performance requirements for safety, reliability, availability, and driver and passenger amenities levels.”

The sharp reduction in fleet size due to the retirement of Z1 and Z2-class trams during 2015-16 put a major strain on tram availability and this would not be sustainable in future years, Keilos said.

“It is predicted that Keolis Downer will only reach the minimum fleet size to run the current timetable by December 2017 … this minimum number of trams will be insufficient to meet the demands of an expanded MTT [Master Timetable].”

The lack of available trams has made it difficult to keep up with the maintenance task, risking “increasing breakdowns and service disruptions”, the company warned.

“The overall fleet performance due to a lack of investment has started to drop … the solution is adding to the fleet and reducing the number of trams out of service due to maintenance”.

The government set aside $1.48 billion in last year’s budget for the new ‘Next Generation Trams’, planned to roll out from 2025, which will enable the retirement of older high-floor trams. The tram designs and detail about how and where the trams would be built have not yet been released.

Keilos warned in 2017 of a host of challenges facing the tram network over the next decade, including the risk to network disruptions caused by major public transport projects, industrial relation tensions and an upward trend in passenger falls.

The 89-page document – in which the company’s expected maintenance and operational costs have been redacted – warned the network was already struggling with long turn-around times for collision repairs, poor wash services and an inconsistent rollout of new rolling stock.

An ageing workforce posed major challenges, Keilos warned, with nearly 30 per cent of engineers and officers with specific knowledge about the tram network expected to retire over the next 10 years, the documents show.

Plans for 18 new apprentices to join the company may not adequately make up for the “drain on skills”, the company said.

In a bid to secure the multibillion-dollar works with the government, Keilos pledged to roll out a beefed-up maintenance scheme, promising a 16-hour, seven-day maintenance model that would see two rapid-response crews based at strategic CBD locations and Malvern and Preston depots to immediately respond to problems, the documents show.

A Yarra Trams spokesman said since the 2017 rolling stock strategy was developed it had made significant improvements. “The A and Z-class life extension project is also under way, with an initial investment from the state government of $26 million to make major upgrades to the longest serving trams on the network.”

But Rail, Tram and Bus Union branch secretary Luba Grigorovitch said there has been a “steady increase” in the number of trams pulled out of service for maintenance over the past decade, making it difficult to run all timetabled services.

“In extreme or inclement weather, reliability of older trams is diminished with more trams out of service. While this often puts more pressure on maintenance crews, drivers are also pushed to meet unattainable KPIs,” Ms Grigorovitch said.

The current tram franchise agreement started on November 30, 2017 and winds up in 2024, with the option of a three-year extension. It marked a 63 per cent increase in funding to Keilos compared with the previous contract.

The government said it imposed higher standards on infrastructure maintenance, and took up the right to conduct ‘spot audits’ to ensure the public assets were being properly managed.

A government spokeswoman said the Keilos document was “historical” and argued the government was making “Victoria’s biggest ever investment in new tram rolling stock”.

“These modern, accessible trams will progressively replace our older, high-floor trams when they are rolled out in 2025 and support almost 1900 jobs in local manufacturing, the associated supply chain and wider economy,” she said.

These trams would have modern heating and cooling, improved accessibility with easy access for passengers with wheelchairs or mobility aids, and a more efficient design with on-board energy storage to limit current draw at peak times and reduce power use, the spokeswoman said. A manufacturer would be chosen through a procurement process.

Since 2015, the Andrews government has invested more than $700 million in 50 new E-Class trams, with a total of 100 trams set to be operational by the end of the year.

The Age’s request to release the internal document in late 2018 was rejected by the government after the company deemed it “highly sensitive”. The Office of the Victorian Commissioner advised that it be made public following a review late last year.

Previous ‘One hour at a time’: Experts optimistic but Premier won’t rule out extending lockdown
Next ‘On the cusp of a boom’: Double-digit house price rise tipped as banks continue rate cuts