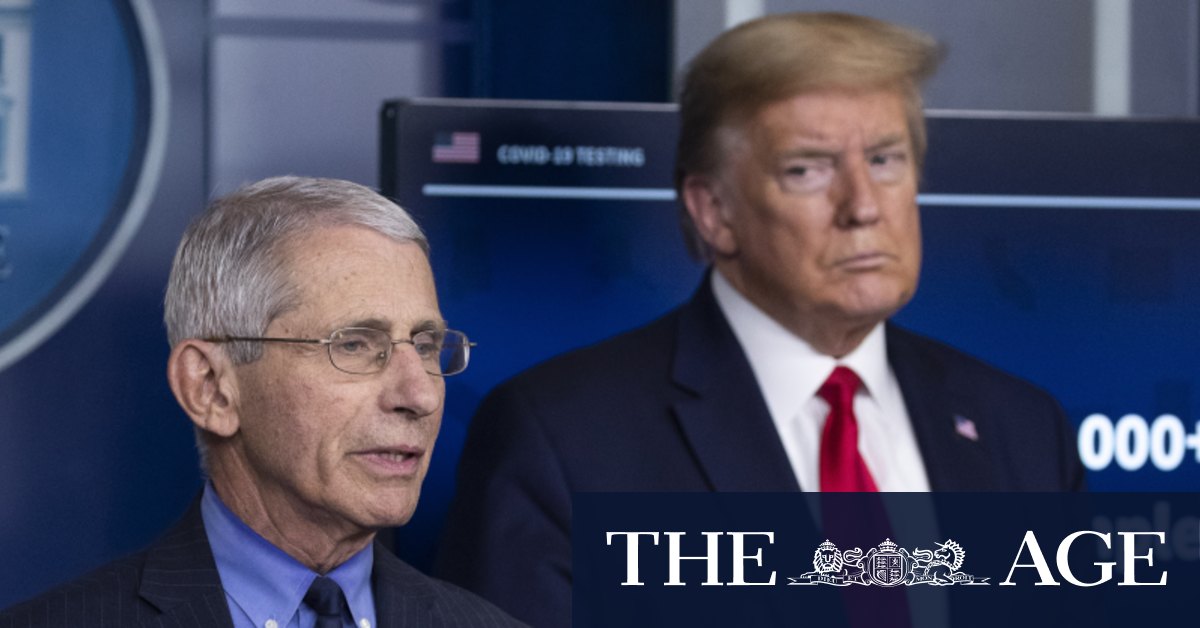 In recent interviews, Fauci has acknowledged that it was difficult at times to work for Trump, who repeatedly played down the severity of the pandemic, dismissed the need for mask-wearing and often touted unproven scientific remedies, including injecting disinfectant.

Trump resented Fauci’s flattering press coverage and revelled in calls to “Fire Fauci!” at some of his rallies. But Fauci outlasted Trump, who lost the November election.

“It was very clear that there were things that were said, be it regarding things like hydroxychloroquine and other things, that really was uncomfortable because they were not based in scientific fact,” Fauci said at a recent White House briefing. He added that he took “no pleasure” in having to contradict the president.

The Dan David Prize, established in 2000, gives $US1 million awards in three categories each year for contributions addressing the past, present and future.

Fauci won the prize for achievement in the “present,” in the field of public health, the foundation said.

Foundation Director Ariel David, son of the prize founder, said this year’s laureates “have probed how humanity has dealt with sickness and pandemics throughout history; they have provided relief, guidance and leadership in dealing with current outbreaks … and they are at the forefront of discovering new treatments that give us hope for the future in the ongoing battle against cancer and other diseases.”

Previous Seoul offered free COVID-19 tests for pets and soon found its first case in a lethargic, vomiting cat
Next WHO approves Oxford-AstraZeneca COVID-19 vaccine for emergency use

‘I don’t believe in cancel culture’: Bryanboy and the art of influence

Still, when you’re on a first-name basis with Fendi’s newly-appointed womenswear designer Kim Jones (who …