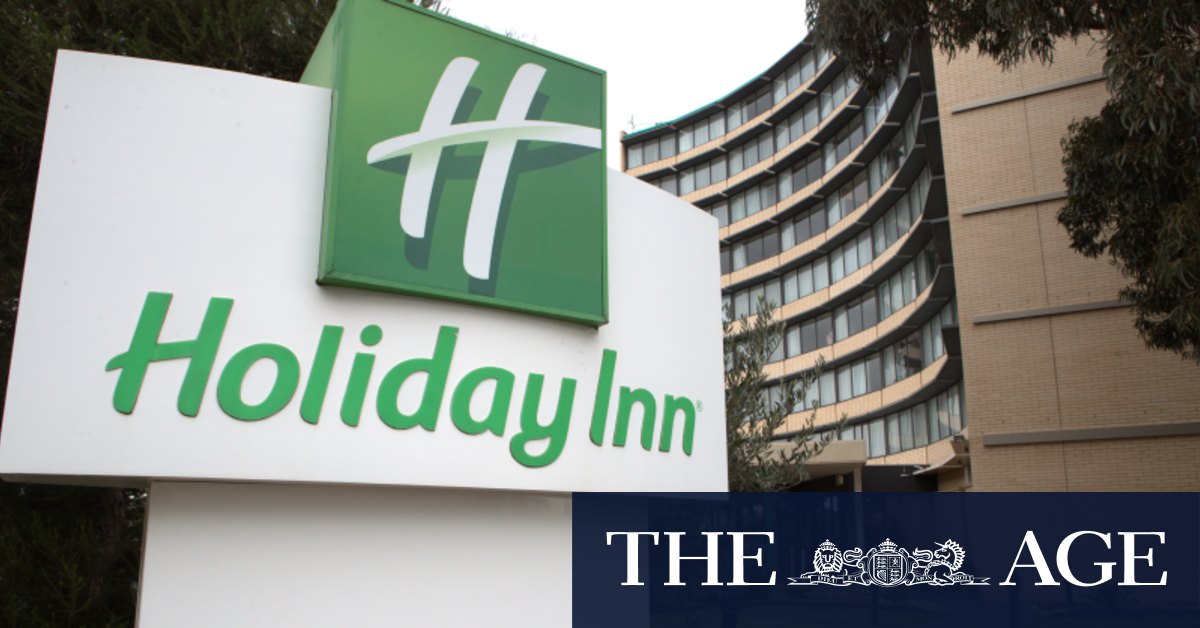 Experts including Professor Grayson and the Australian Medical Association are calling for national quarantine standards to be established.

Professor Grayson’s call came as Premier Daniel Andrews flagged a major shift in approach to Victoria’s hotel quarantine program, revealing that vacant land near Avalon and Melbourne airports was being considered as the possible site for cabin-style COVID-19 quarantine accommodation. “It’s more than just scoping it, we are going to get on and build a facility,” he said.

Mr Andrews said Victoria was well placed to emerge from its stage four “circuit-breaker” lockdown just before midnight on Wednesday, although a final decision has not yet been made. “I’m not in a position to definitively commit to that,” he said. “Because these next 24 hours will, of course, will be crucial.”

Thirty one guests at the Holiday Inn in Flinders Lane – one of two “hot” hotels which house returned travellers with confirmed cases of coronavirus – were being relocated on Tuesday after a water leak damaged four floors of the building.

Some were seen wearing garbage bags over their heads to protect their privacy as they were escorted onto a bus before being taken to the Pullman Hotel in Albert Park.

Victoria recorded two more locally acquired cases of coronavirus on Tuesday, both linked to the Melbourne Airport Holiday Inn cluster, which has grown to 19 people. The new infections are close household contacts of a previously known case.

COVID-19 Quarantine Victoria Commissioner Emma Cassar said on Tuesday that an incident review was being undertaken into how a returned traveller used a nebuliser in his room at the Holiday Inn, which is suspected to be the source of that cluster.

There are now more than 40 public and private exposure sites linked with the Holiday Inn cluster. At the Queen Victoria Market, the Health Department has identified more than 100 primary close contacts, including 34 stall holders and about 70 people from a primary school in Ballarat who were at the market on an excursion. They are being tested.

All of Victoria’s three recent outbreaks have stemmed from three “cold” non-health hotels – the Grand Hyatt, the Park Royal and the airport Holiday Inn.

Professor Grayson said it was “unacceptable” that lesser standards had been applied to those facilities compared with the two health hotels.

“The whole purpose of a quarantine program is that you treat everyone as though they’re positive until they’re proven to be negative, so the concept of ‘cold’ and ‘hot’ hotels is irrelevant” he said.

Victorian health staff are required to wear a N95 respirator and face shield when working with confirmed and suspected coronavirus patients. But before the outbreak at the Holiday Inn, government officials said the “vast majority” of hotel quarantine workers not dealing with confirmed positive cases were instead wearing surgical masks with their face shields.

Meanwhile, ventilation audits were only conducted at the “hot” health hotels, despite the Australian Medical Association in Victoria claiming that the state government’s healthcare worker infection prevention taskforce recommended in October that assessments be done at all facilities.

Questioned on the two different standards applied to the health hotels and other quarantine hotels, Ms Cassar said there were only a small number of people returning to Melbourne with coronavirus and “it wasn’t deemed necessary at the time”.

Mr Andrews said protocols at Melbourne’s quarantine hotels had been strengthened since the recent outbreak.

“We may have to move to N95 masks across the board … and in fact we’re making that change,” he said.

“We’ve met all the standards, we’ve played a part in a national program but it may not be fast enough for a virus that’s actually changing … and that means you always have to open to doing more.”

However, he suggested it would be too much of a strain on The Alfred hospital, which oversees the health hotels, to expand their work to the other hotel quarantine facilities.

Victoria’s hotel quarantine inquiry was called by the state government to examine failings in the first iteration of the scheme, after people working in the system became infected and spread the virus into the community. The infections sparked a second wave of coronavirus that killed hundreds of people and led to months of lockdowns that saw businesses shuttered and residents confined to their homes.

Australian Medical Association president Omar Khorshid backed calls for a national standard for quarantine, but said it was unreasonable to immediately shut Victoria’s hotel quarantine system and expect other states to take on more returned travellers.

“We have to recognise that there’s Australians overseas that need to come back,” he said. “We need a solution to allow some small numbers of people to come back to Australia and it’s not reasonable to expect NSW to take on the majority of the burden.”

“It does make you wonder whether they have the capacity to get this right. If the government can’t do this job then they need to find somebody who can, because it’s not rocket science. It really shouldn’t be that hard to apply all the lessons we have learnt around the world on how to protect people from this virus.”

Adrian Esterman, chair of biostatistics and epidemiology at the University of South Australia, said it was unrealistic to cease Victoria’s hotel quarantine system without another immediate solution for returned travellers.

“These facilities can’t be built overnight so the Victorian hotel quarantine program can’t be shut down immediately,” he said. “But I totally agree that We need to be moving quarantine away from the cities and away from high-rise hotels. Hotels are not designed to look after sick people, they are designed for well travellers.”

There remains uncertainty about the future of Victoria’s hotel quarantine program. Returned international flights to Melbourne are currently suspended and Mr Andrews said they would not automatically resume on Thursday, when the state’s lockdown is due to end. An announcement is expected on the issue later in the week.

AMA Victoria president Julian Rait said in a perfect world all returned travellers could be accommodated in health hotels, though he warned hospitals were already facing resource problems.

The federal government would not comment on calls to develop national standards for hotel quarantine on Tuesday, providing a written statement noting “national cabinet has agreed that hotel quarantine will be the primary model used to quarantine returning Australians”.