Water reform report’s big smile hides its big teeth: much more to do

admin 2 weeks ago Business Comments Off on Water reform report’s big smile hides its big teeth: much more to do 8 Views 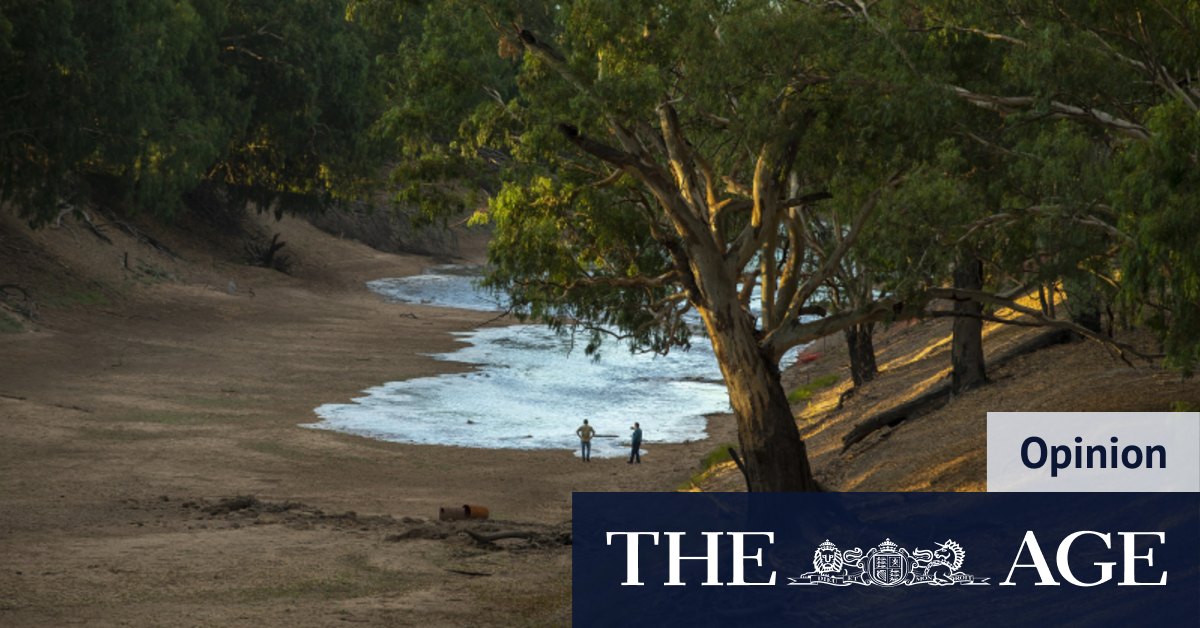 I remember that the Howard government spent billions of city slickers’ money helping individual farmers make their irrigation systems more resistant to evaporation and seepage when all the benefits went to the farmer and none to the river system.

I remember all the infighting between government water agencies, and the mass fish kills during the recent drought in NSW and Queensland, for which the managers of the system accepted no responsibility.

Fortunately, reporters are adept at ignoring all the happy flannel up the front of government reports and finding the carefully hidden bad bits. And fortunately, we have the assistance of long-standing water experts, including the economist Professor Quentin Grafton, of the Australian National University, whose summary of the report on The Conversation website is headed: “Our national water policy is outdated, unfair and not fit for climate challenges.”

“The report’s findings matter to all Australians, whether you live in a city or a drought-ravaged town. If governments don’t manage water better, on our behalf, then entire communities may disappear. Agriculture will suffer and nature will continue to degrade,” he says.

Last year the Morrison government announced a further $2 billion for its Building 21st Century Water Infrastructure project. Such megaprojects, he says, perpetuate the simplistic myths of the early 20th century that Australia – the driest inhabited continent on Earth – can be “drought-proofed”.

When governments signed the original initiative in 2004, they agreed to ensure investments in infrastructure would be both economically viable and ecologically sustainable. But many projects appear to be neither.

The report notes, for example, that the construction of Dungowan Dam in NSW means “any infrastructure that improves reliability for one user will affect water availability for others”. The “prospect of ‘new’ water is illusory”.

The report warns that projects that aren’t economically viable or ecologically sustainable can “burden taxpayers with ongoing costs, discourage efficient water use and result in long-lived impacts on communities and the environment”.

Equally disturbing is that billions of dollars for water infrastructure are presently targeted primarily at the agriculture and mining industries, while communities in desperate need of drinking water that meets water quality guidelines miss out, Grafton says.

Fortunately, the report isn’t so house trained as to avoid mentioning the gorilla the Morrison government prefers not to notice. There’s a lot about the consequences of climate change. It says droughts will likely become more intense and frequent and, in many places, water will become scarce.

In Grafton’s summary, the report says planning provisions were inadequate to deal with both the millennium drought and the recent drought in Eastern Australia. The 2012 Murray-Darling Basin Plan, for instance, took no account of climate change when determining how much water to take from rivers and streams.

The present federal government actually dismantled the National Water Commission in 2015, meaning we no longer have a resourced, well-informed agency to “mark the homework” and make sure the reforms were being implemented as agreed, Grafton says.

In 2007, the worst year of the millennium drought – and the year John Howard feared he’d lose the election if he didn’t match Labor’s promise to introduce an emissions trading scheme – Howard remarked that “in a protracted drought, and with the prospect of long-term climate change, we need radical and permanent change”.

Grafton says we’re still waiting for that change. “If Australia is to be prosperous and liveable into the future, governments must urgently implement water reform.”

Previous In a world awash with toxic chemicals, Sydney is the perfect place to start the clean-up
Next Minister in second clash with Indigenous Land and Sea board