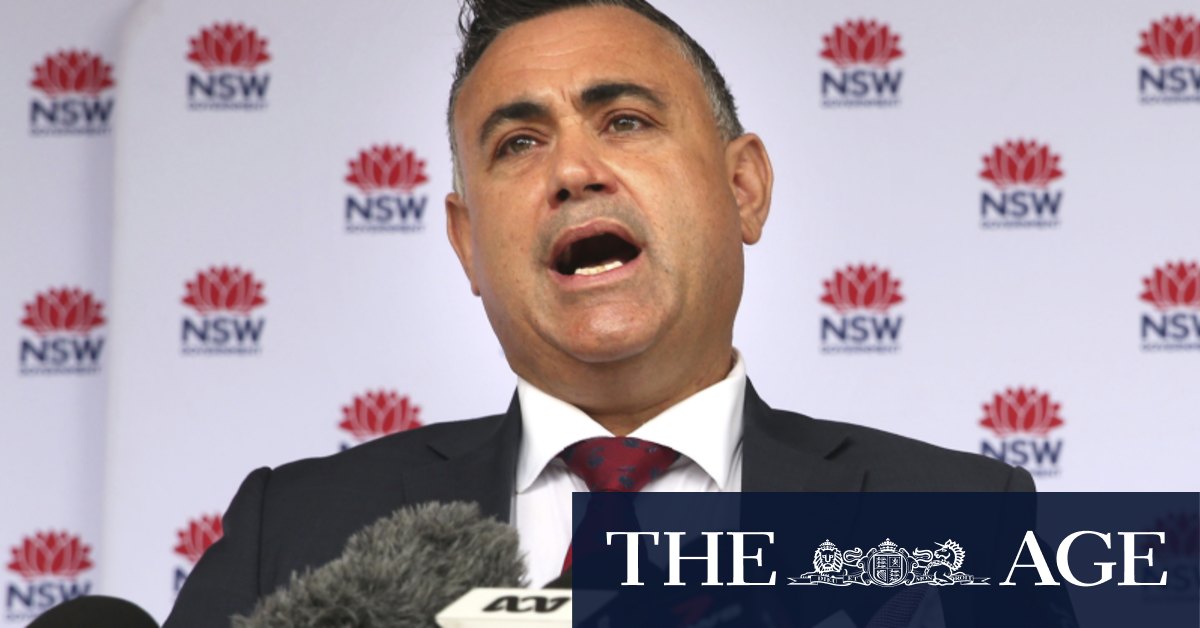 A petition opposing the project led by local group Save Our Coast gained 60,000 signatures and was presented to Federal Parliament last year by Warringah MP Zali Steggall.

The final determination will be made by federal Resources Minister Keith Pitt, who has advocated for expansion of production to deliver a “gas fired recovery” from the coronavirus economic downturn.

Mr Pitt is considering the PEP-11 renewal application, which he said would be informed by advice from the Commonwealth’s National Offshore Petroleum Titles Administrator.

“I will give this proposal and the recommendation from Minister Barilaro the full and detailed consideration they deserve, making a decision in the national interest,” he said.

The ASX-listed Advent Energy entered a trading halt on Wednesday after Mr Barilaro confirmed his opposition.

It provided a statement to the market last week outlining the benefits of gas extraction from PEP-11, following remarks from Mr Barilaro that he didn’t support further gas exploration in NSW.

Increased gas supply could be used as back up power to support greater renewable energy in the grid, Advent said, adding that it was exploring its offshore leases for carbon capture and storage sites – which would enable greenhouse gas emissions to be sequestered underground.

Ms Steggall said Mr Barilaro’s opposition was “a win for the people”.

“This shows that community pressure and advocacy works. I have met with Minister Keith Pitt to discuss the damage this project would have. It is a threat to our pristine waters and the local northern beaches community and it is time the minister listened to the community.”

“It follows many representations to John, and a private member’s bill in Parliament by me seconded by Dave Sharma and supported by Trent Zimmerman,” Mr Falinski said. “I hope that Keith Pitt listens to our communities up and down the coast, and does the right thing.”

State member for Manly James Griffin said he could not make sense of an oil drilling project in such proximity to communities like Manly and the Central Coast.

“A huge element of those economies is driven by eco-tourism and the marine environment. I have always questioned the need for this licence to be approved,” he said.

NSW Environment Minister Matt Kean said he supported the Deputy Premier’s recommendation. “Not renewing this licence will provide the best outcome for the environment and is also in line with the majority of community views.“