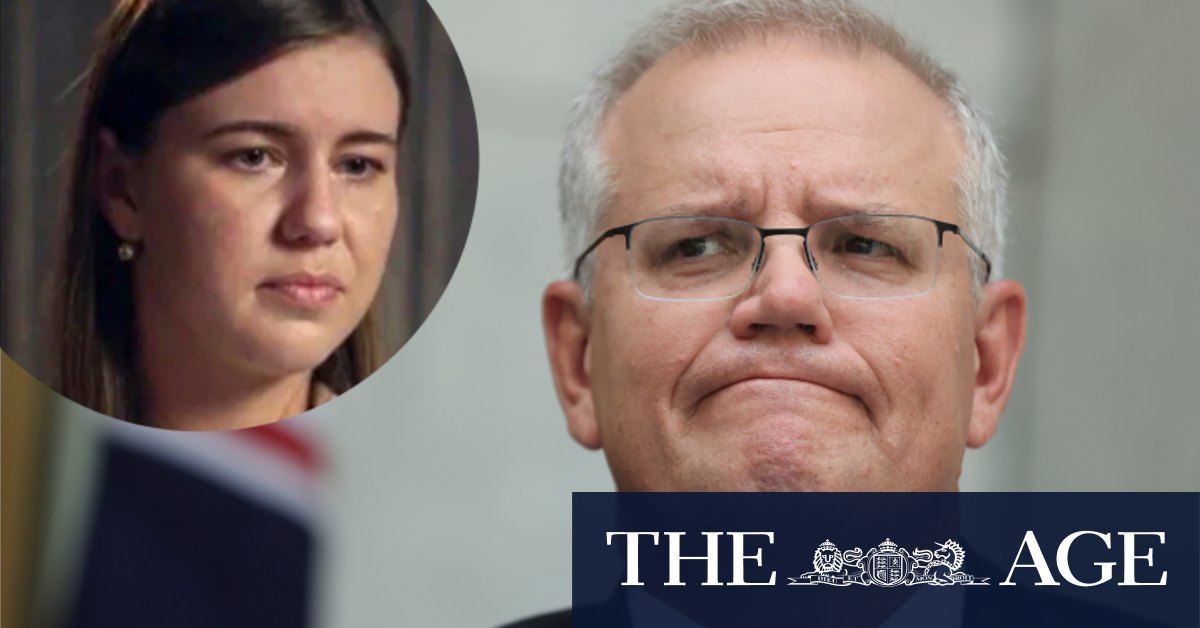 The letter maps out an additional process to the twin reviews by public servant Stephanie Foster into the structure for hearing harassment complaints and by Liberal MP Celia Hammond into the culture of federal politics.

Mr Morrison named Finance Minister Simon Birmingham as the key figure in co-ordinating views from Labor, the minor parties and independents to make sure the review was independent and reached a “consensus” on change.

Ms Higgins accused Mr Morrison of using “victim-blaming” language in the political debate over his response to allegations of rape as ministers tried to shut down questions over their conduct.

Ms Higgins called on the government to explain its actions after her former employer, Defence Minister Linda Reynolds, cited privacy concerns and a police investigation as reasons for not answering questions over when she knew of the allegation of rape in her office.

Ms Higgins rejected that argument on the grounds she was not aware of an active police investigation at this stage.

The former adviser, who resigned earlier this month, says she was raped by a colleague in Senator Reynolds’ ministerial office, where they both worked, in the early hours of Saturday, March 23, 2019.

“The continued victim-blaming rhetoric by the Prime Minister is personally very distressing to me and countless other survivors,” she said in a statement on Wednesday.

“I have only been made aware of key elements of my own sexual assault as a result of coming forward publicly with my story.

“A current senior staffer to the Prime Minister and my former chief-of-staff refused to provide me with access to the CCTV footage from that evening and continually made me feel as if my ongoing employment would be jeopardised if I proceeded any further with the matter.

“The government has questions to answer for their own conduct.”

With Labor challenging Mr Morrison in question time over when and what his office knew about the incident, the Prime Minister repeated his claim that he had only learned of the alleged rape on Monday.

“I still stand ready to assist Brittany in any way I can and this begins and ends by allowing Brittany to guide this process – respecting her privacy and respecting the integrity of what is now a police investigation,” Senator Reynolds said.

“She has indicated that she intends to pursue her complaint with the Australian Federal Police and all of these matters go to the heart of that inquiry.”

The Senate stand-off meant Senator Reynolds did not elaborate on when she first heard the incident involved an allegation of rape.

Government sources, who spoke on condition they not be named because they are not authorised to speak publicly on the issue, said the incident occurred in the early hours of the Saturday but was treated as a security matter until the subsequent Thursday, when Ms Higgins told her chief of staff that she had woken up with the colleague on top of her.

Employment Minister Michaelia Cash, who hired Ms Higgins in June 2019, said she had known of an incident involving Ms Higgins when a journalist made a media inquiry in October 2019.

“When Brittany discussed this matter with my chief of staff and I, she made it very clear that the matter had been dealt with at the time, seven months previously,” Senator Cash told the Senate.

Senator Cash said she had only known of the rape allegation on February 5 this year, when Ms Higgins told her she wanted to resign.

“I told her I wanted her to stay in her role and I told her I would do anything to assist her, including relocating her position to Queensland if she wished,” Senator Cash said.

“I offered to go directly to the AFP with her so she could provide them with a statement. I said I would sit with her while she did this. She advised me she did not want to pursue it.

“I also offered to go to the Prime Minister’s office with her to raise the issue directly with them. She said no. She advised me that at all times she wanted her privacy respected.”

Ms Higgins said on Monday that Mr Morrison’s principal private secretary, Yaron Finkelstein, called her at the time of an ABC Four Corners report on the treatment of women in Parliament, which aired last November.

This was before Mr Morrison and his office knew of the rape allegation, according to the Prime Minister’s statements to Parliament.

However, the government says Mr Finkelstein had known since March 2019 that Ms Higgins was involved in a security breach in a ministerial office with a male colleague, whose job had been terminated.

Asked on Tuesday about the claim of a phone call, Mr Morrison appeared to reflect on the former adviser’s memory.

“That is not the recollection or the records of my staff on that matter. It’s just not, so I can’t really speak more to it than that.” he said.

“I understand that over time, particularly in situations like this, that information can become confused over time about who makes contact and things like that. I accept that. So I make no judgments about that.”

Asked again in Parliament on Wednesday, Mr Morrison stood by the earlier response but also said he had asked the head of his department to “verify that advice” with another check of records.

Pru Goward, a former Liberal NSW government minister and federal sex discrimination commissioner, said Ms Higgins was “absolutely” entitled to her view because there had been so much victim-blaming in history.

“She hasn’t given an example, so I really am not confident in saying whether or not I would agree, but that’s not the issue – the issue is that’s how she feels,” Ms Goward told ABC News.

“Throughout this week, he has sought to support Brittany, listen to her concerns and take the action required to ensure that staff working at Parliament House never have to endure what Brittany went through,” Senator Henderson said.

“Brittany has been so courageous in speaking out about what happened to her. It is concerning she has not been provided with all relevant information.

“Everyone is entitled to feel safe and supported in their workplace and I welcome the Prime Minister’s announcement of a review into workplace safety at Parliament House.”

With questions hanging over the government and the Parliament about who knew what and when, Labor is likely to use Senate estimates hearings from March 22 to question department officials about the events.

Senators are divided, however, on whether the Finance and Public Accounts committee should intensify its probe into the department that runs Parliament House, the Department of Parliamentary Services.

The committee launched its inquiry last year and received private submissions that drew attention to a March 2019 incident in a ministerial suite in which a woman was in a distressed state.

The submissions were not released because the inquiry was looking into confidential security matters, but they did not name individuals. It is not clear whether Senators knew this involved an alleged rape.

The committee chair, Tasmanian Liberal Senator Claire Chandler, declined to comment, as did the deputy chair, NSW Labor Senator Tim Ayres. The committee meets on Thursday to discuss whether to use the inquiry to ask officials about the events.