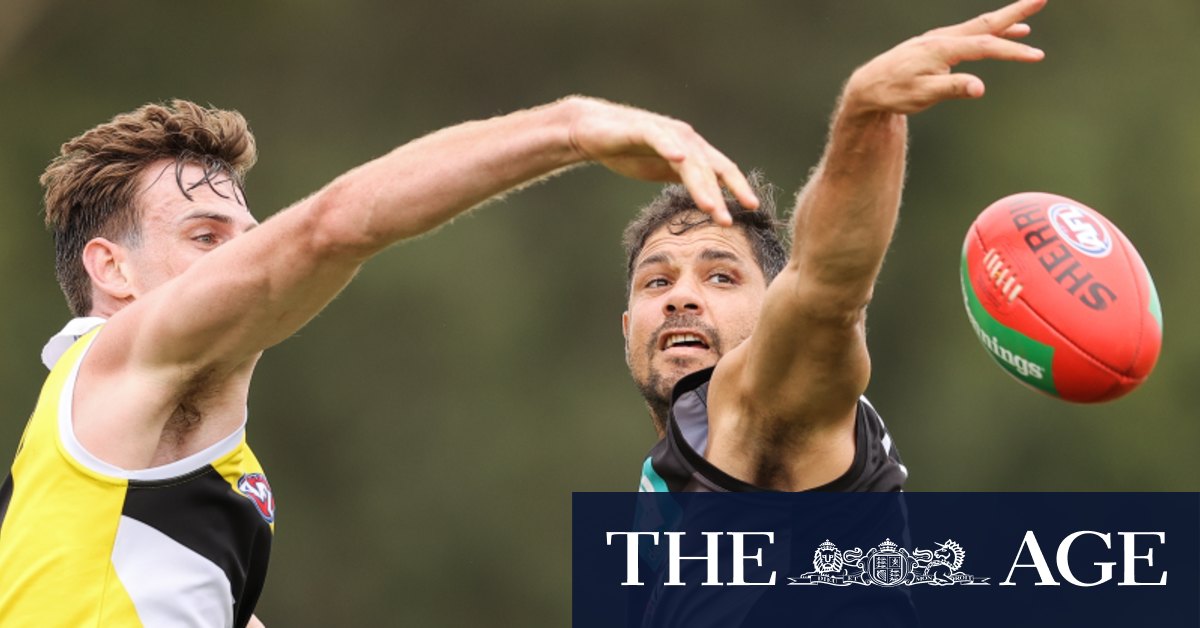 The 25-year-old Marshall will be “off-legs” for the next four weeks then gradually return to training after scans confirmed a stress problem in his foot.

“To have this happen right before the season is obviously disappointing given Rowan is such an important player in our squad,” Saints Chief Operating Officer Simon Lethlean said.

“Fortunately, we identified the injury very early, Rowan is not in any pain and there’s no fracture to the bone which is a good result.

“These types of injuries are ones that you just need to monitor and take your time with, so we’ll work closely with Rowan to make sure it continues improve so that he can return as soon as possible early in the season.”

The Saints are set to play Greater Western Sydney in round one with the club also revealing on Wednesday their ruckman Braydon Preuss had suffered a shoulder injury at training on Monday and will miss four to five months as he has surgery to repair his dislocated left shoulder.

The Saints are not alone in having injury concerns with clubs suspecting the rapid escalation of training intensity because of the short lead in to the season may be causing problems for some players.

At Geelong recruit Jeremy Cameron has returned to full training after a hamstring injury however midfielder Mitch Duncan’s recurring calf injury will see the Cats proceed cautiously while pressure forward Luke Dahlhaus is still troubled by a groin complaint.

The Cats will meet the Magpies in a practice match next Friday night with Collingwood midfielder Taylor Adams recovering from a minor hamstring strain and Jordan De Goey building up from an abdominal injury.

At Richmond Bachar Houli is still yet to join full training as he continues to be troubled by the calf injury suffered in the grand final. He is being monitored as he steps up training and remains a chance to be fit for round one although the club is being conservative with him.

Gun West Coast midfielder Elliot Yeo is also unlikely to play in round one after the Eagles pulled him back when he reported pain as he ramped up his rehabilitation from a groin injury a fortnight ago. West Coast are in no rush with sources conceding he may not play until round three as they look to send him into the season pain free.

Other big names in doubt for round one include Essendon’s Michael Hurley who was released from hospital on Wednesday as he recovers from an infection incurred after a routine procedure on his hip. The Bombers have not put a timeline on his return.

The Demons had already invited Majak Daw to train after injuries to Ben Brown and Sam Weideman with the 29-year-old taking to the track at Casey Fields for the first time on Wednesday.

Daw, who showed his best form in the ruck and in defence at North Melbourne, has been slated to play forward at the Demons if he wins a spot on the club’s list via the pre-season supplemental selection period which closes on March 9.