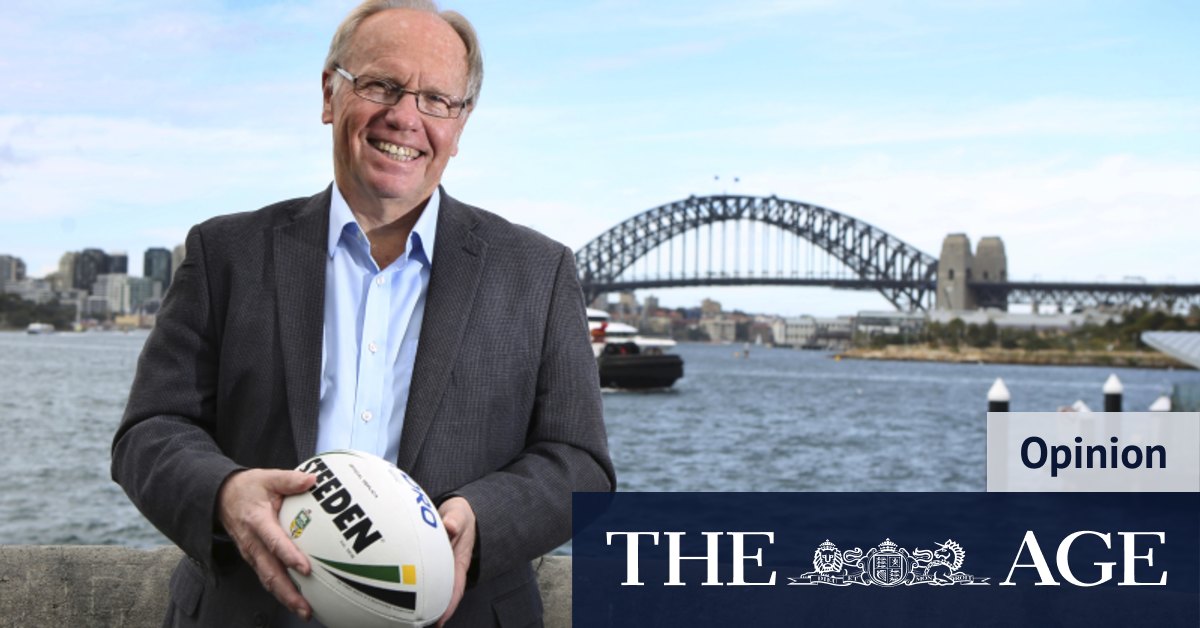 “I was very relieved to hear it,” Beattie told me on Wednesday, “and pleased for everyone that had supported us to get this through, and now make it stick.”

With that last legal hurdle overcome it really does mean that from now on league players who badly misbehave know that if they are charged with a crime so serious it could bring 11 years in prison they will be automatically stood down, no questions asked, and no fault attributed. The ruling confirms that the NRL’s right to protect its own reputation as a business, trumps the players’ right to be employed irrespective of whether they have behaved in a manner that has trashed that business’ name.

“League is not just sport. It is a complicated business, and one crucial thing needed for it to prosper is that everyone feels welcome.”

The significance is so huge – as it is a policy that will now likely be replicated in other sports – it is worth documenting something of the background.

For you see when Beattie took over as ARLC chairman in February 2018, the off-field behaviour of players had been a serious issue without resolution for decades. Despite all kinds of warnings, education programs, commitments to do better, the appalling behaviour of players, particularly towards women, had become nothing less than a tragic cliche. And it was never worse than the infamous “off-season from hell” of 2018-2019. As Beattie watched appalled, the atrocities mounted up, including: Canterbury players dancing nude during Mad Monday celebrations; a Manly player recording an intimate image of a woman without her consent; the Jarryd Hayne and Jack de Belin sexual assault charges (both have pleaded not guilty and remain before the courts); domestic violence allegations concerning well-known players; nightclub brawls; common assaults; lewd videos of an NRL player with a young woman circulating on the internet jockeying for space with a league player seeming to be snorting a white powder; the Ben Barba incident at Townsville Casino; and yet one more Penrith sex tape.

“It was terrible,” Beattie recalled ruefully. “And beyond the primary moral need to get our house in order, there was the commercial reason that this kind of behaviour diminished our fan base, particularly the women who are the lifeblood, and drove sponsors away. Blind Freddie could see something had to be done.”

The problem with standing down badly behaving players automatically was that it looked as if the NRL was prejudging them, which might be prejudicial to their subsequent court cases. But in consultation with his fellow commissioners, a possible solution emerged. What if you called a stand-down provision “no fault”? What if, by so calling it, you were specifically saying: “We are NOT presuming guilt, but we are standing this player down to protect our own reputation, while he sorts through his legal woes?”

“We talked it over and over in the commission,” Beattie recalled, “and taking that step got a lot of support. Peter V’landys, particularly, backed me all the way. But it wasn’t universal support throughout league.”

They did it anyway, with the first player so stood down being Jack de Belin of St George Illawarra, in February of 2019. There was an outcry, most particularly from Dragons supporters who were denied the services of the club’s star players, but Beattie and the ARLC never blinked. Things could not go on as they had been. A line in the sand had to be drawn.

“League,” Beattie noted, “is not just sport. It is a complicated business, and one crucial thing needed for it to prosper is that everyone feels welcome. We had to put that rule to put out a very clear message, we value women, and without legally prejudging, players who are accused of bad behaviour towards women and doing other things that badly damage the game, must be held accountable to protect the game.”

Beattie further makes the point, while the players’ association has fought against it on the grounds of breaching individual rights, the fact that the policy has been to the overall good of rugby league’s reputation – with appalling behaviour in clear decline since the rule was brought in – means it is to the collective good of rugby league players overall.

“Sponsors come back, viewers and crowds come back, and those crowds include women,” Beattie said. “There is more money in the pot for the players. Rugby league is the winner.”

I know. The oldest line in the book. But, seriously, who can doubt it? This was a wise and long overdue measure, and all those who pioneered it and supported it are to be congratulated, starting with Beattie for whom the rule remains his major legacy from his time in charge.