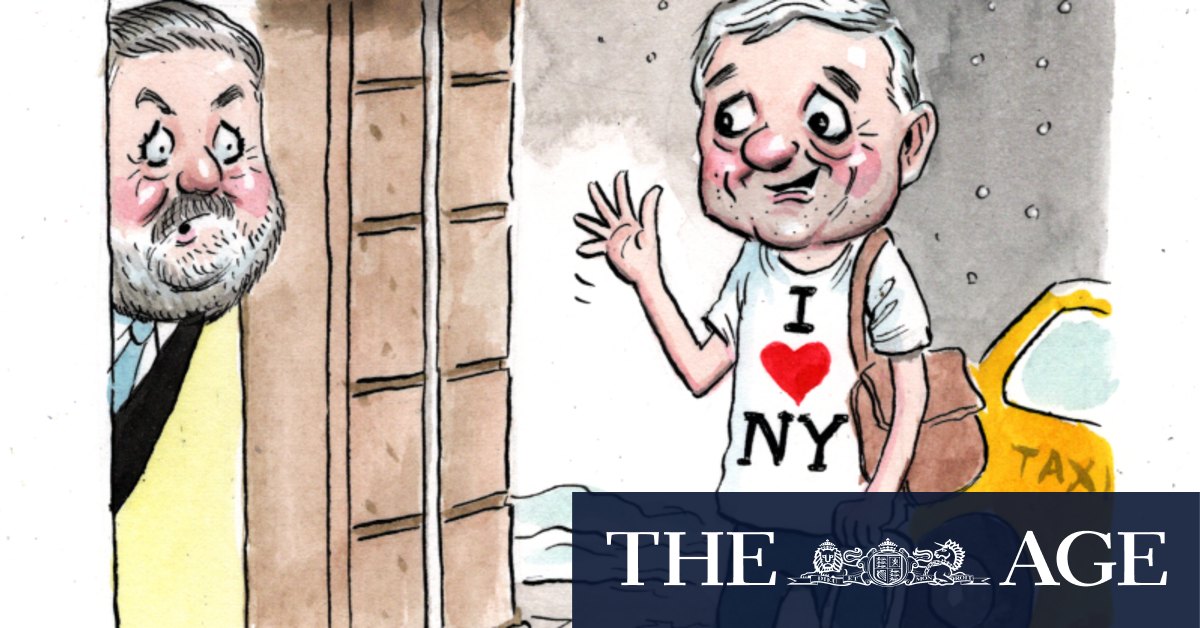 Ryan Both is a man on a mission and a man with the right aviation stuff. We know this thanks to a somewhat breathless report when the London Business School and Harvard educated aviation high-flyer was appointed to run Cobham Aviation Services three years ago aged 37. But there’s a bigger challenge ahead for young Both – he has just joined Victorian Premier Dan Andrews′ quarantine team, COVID-19 Quarantine Victoria. Yup, he’s joining the hot zone.

Last week he began as deputy director, operations, tasked with looking after Victoria’s quarantining of international arrivals. Which, at the moment, is zilch.

The job was advertised, but reports vary as to whether Both was sounded out. He reports to the State Controller Emma Cassar. The salary range wasn’t disclosed, but keep in mind that the Victorian Department of Health is advertising for a chief communications officer and will pay between $250,000 and $360,000.

“Ryan has previously held a range of executive positions, including as CEO of Australia’s largest aviation contracts group, and has a proven executive track-record leading teams and businesses of up to 1300 people in 14 different locations nationwide,” a spokeswoman said.

“In each of his previous leadership roles, Ryan has brought a strategic, customer-centric and efficiency-focused perspective and we welcome his appointment and contribution to Victoria’s quarantine program.”

With a track record like that, sorting out the air-con at the Holiday Inn should be a cinch.

It was a packed day in Crown’s offices, metres away from the silent gaming floor in Sydney, as the embattled casino operator presented half-year results a week after being denied a licence to operate at Barangaroo. Newly installed executive chairman Helen Coonan did her best to sound upbeat as she handed down the company’s results in a week marked by the resignation of three directors and one chief executive.

Coonan, for her part, has been looking and acting the executive chairman’s part for some time. She installed herself in a palatial corner office inside Crown Sydney in December. The former Howard-era communications minister appeared at home enjoying Crown’s decidedly upscale in-house catering and butler service at a directors’ meeting on Wednesday. Then again, the Crown gig has always been attractive for the frills which come in addition to big salaries, such as Coonan’s $2.5 million base pay.

During former chief executive Ken Barton and former executive chairman John Alexander’s time in their positions, non-monetary benefits including privileges at Crown properties in Melbourne and Perth, transport, as well as accommodation and travel added close to $100,000 a year to salaries. In 2017, Alexander took home some $76,000 in extra benefits. Barton’s benefits got as high as $83,000 in 2019, while then Australian resorts boss Barry Felstead took home an additional $145,000 in benefits.

By Thursday morning, Coonan had already demonstrated she was worth the position, when NSW gaming and liquor regulator Philip Crawford declared he “needed” her in the role. “I need her to stick around,” the former lawyer told 2GB’s Ben Fordham. “Crown’s in crisis management and I’m delighted I’ve got someone to talk to, if she was gone I just don’t know who we would have to talk to… ”

Meanwhile, long-time media boss Karl Bitar, who served as Labor’s national secretary until 2012, is moving to a new role heading “transformation” at the casino operator. There’s no word yet on his replacement. Then again, considering Crown has Bespoke Approach’s veteran spinner Ian Smith helping out on a retainer mooted to be as high as $75,000 a month, that base might be well covered.

What are friends for?

It’s well known government relations expert David Gazzard is one of Prime Minister Scott Morrison’s closest mates. But the guy charged with handling Facebook’s relationship with the federal government had the hard-basket task of the week in Canberra as the tech giant took kamikaze action in a regulatory fight over paid media by punting all news links – oh, and more than a handful of charity, weather and vital health information pages – from its site. Despite being spotted walking the halls of Parliament this week, Facebook gave the government almost no notice about the change. No wonder Health Minister Greg Hunt and Treasurer Josh Frydenberg went nitro at the social network on Thursday. The PM, for his part, blasted the tech giant’s “bullying”.

“We simply won’t be intimidated,” he said. Which could make knock-off drinks with his mate Gazz this week a bit awks.

Also in Canberra? Seven’s government affairs boss Clare Gill who was seen loitering in Aussies Cafe ahead of Senate inquiry into media diversity on Friday. On Wednesday night, Tabcorp’s ebullient media and government affairs boss Tom Callachor was seen at a Nationals fundraiser held at the swish Ottoman restaurant in Barton. The upmarket Turkish eatery was a break from the time-honoured Nats tradition of meat and three veg at the National Press Club. Absolutely no one was complaining.

Previous ‘Australian first’ umpire could expel Victorian MPs for bullying staffers
Next How do I deal with political correctness in the office?