Metro Trains fails to deliver on promise after scoring $6.3b contract

admin 2 weeks ago Victoria News Comments Off on Metro Trains fails to deliver on promise after scoring $6.3b contract 5 Views 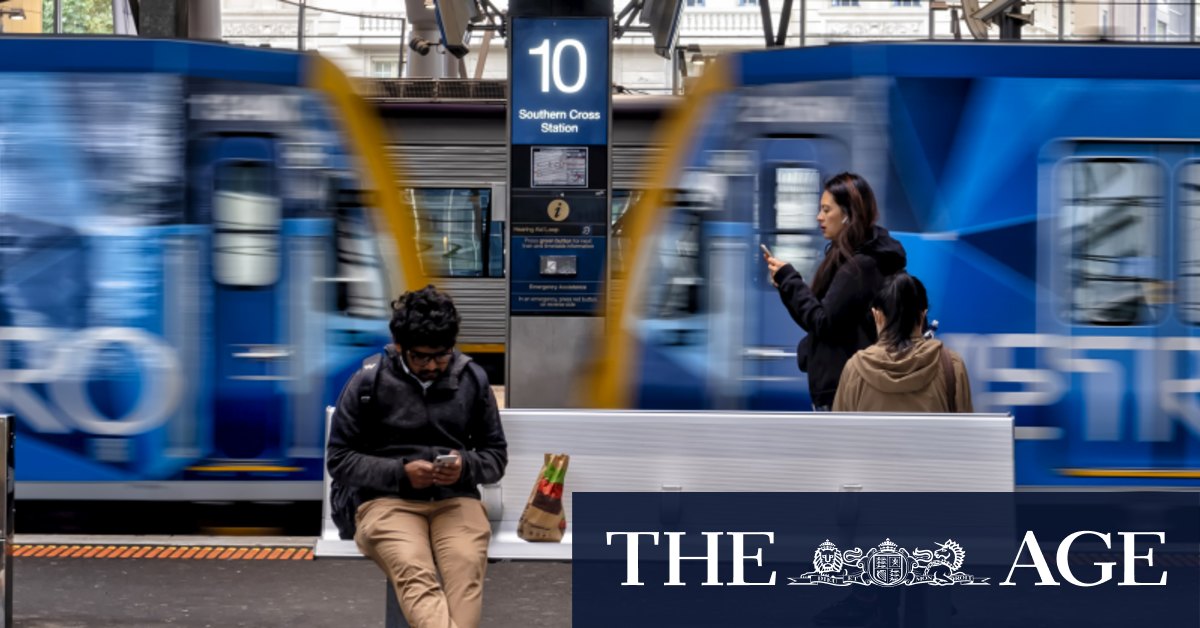 But a yearly breakdown of Metro’s performance shows cancellations did not improve under the new deal, and even peaked at 1.3 per cent of all train services in 2019 – the worst year for cancellations since 2012.

Despite a 90 per cent drop in patronage last year at the height of the COVID-19 pandemic, 0.9 per cent of the city’s services – or more than 670,000 train journeys – were still cancelled.

A Metro spokesman said the spike in cancellations was caused by factors beyond Metro’s control, such as inclement weather, police operations, trespassing, vandalism and power shortages. There were fewer cancellations caused by infrastructure faults and train faults, he said.

A weekly $12 million state government injection into Metro’s maintenance and renewal program coupled with the roll out of additional X’Trapolis trains were crucial to the operator’s ability to meet its targets, a spokesman said.

“The investment in public transport infrastructure has meant that we are able to run more trains than ever before and keep people moving comfortably and reliably,” he said.

Metro is paid $786 million a year under the current MR4 contract, marking a 20 per cent increase – or $164 million extra per year – compared with its previous deal.

Metro’s Hong Kong parent company, MTR Corporation, celebrated the signing of the new franchise agreement in 2018, describing it as a key revenue driver.

However, the company had largely failed to meet these standards before COVID-19 prompted passengers to vacate the network en masse.

In the months between inking the deal with government and the COVID-19 outbreak, the company missed its targets about 50 per cent of the time. Metro fell short of the beefed up punctuality standard for the entire 2019 year.

But since COVID-19 restrictions began being imposed in March 2020, Metro has met these targets every single month, signalling that the company had been struggling to cope with the growing demand for rail services.

The Metro documents released to The Age further reveal that faults were occurring more regularly on trains between 2013 and 2017 under the previous contract than would be allowed under the new MR4 deal.

Under the new contract, 94 per cent of trains must be available for passenger services during peak periods, but Metro was averaging 93 per cent in 2015-2016, dipping to a low of 91 per cent one month.

Metro states it is now meeting the new standards under the contract, citing a 7 per cent improvement on the average distance travelled by trains before a fault arises.

A state government spokeswoman said the tougher performance targets are used as a baseline for quarterly contractual penalty calculations, which could see Metro fined up to $1.25 million per month.

A record $80 billion investment across 165 infrastructure projects, including the Metro Tunnel, the removal of 75 level crossings and the duplication of the Cranbourne and Hurstbridge lines, would reduce travel times and deliver more frequent and reliable services, she said.

“We are constantly improving performance across the metropolitan train network to get Victorians where they need to go as quickly and reliably as possible, and Metro Trains has the toughest ever punctuality and reliability targets that it must meet each month or be liable for compensation.”