Why youngsters are dominating the veterans in AFLW 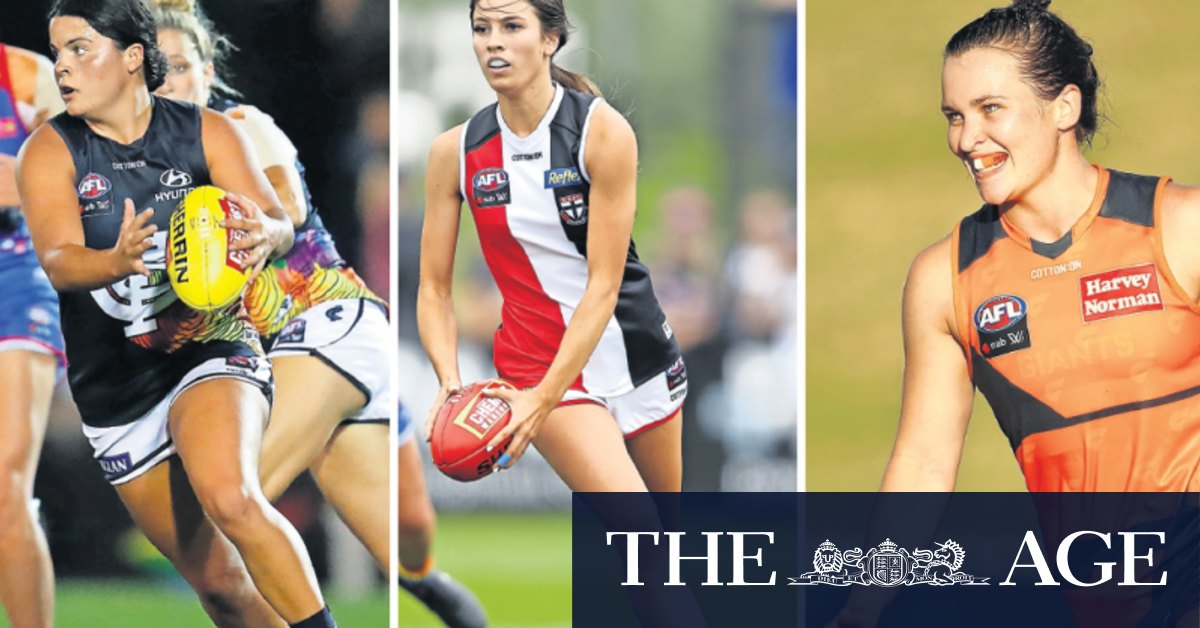 She says there is a key difference between her footy upbringing and the experience of the previous crop of stars.

Patrikios was in just her third AFLW game when the Demons decided to tag her. “Having those NAB league pathways has really set us up, as opposed to some of the girls that came through earlier, they didn’t have the learning opportunities that people like myself and Maddy [Prespakis] have,” she said.

Having gone through Calder Cannons with Patrikios, Prespakis won the AFLW best and fairest in
2020 and is an established star for Carlton. Parker, who plays for the Giants, is the standout ball-winner in the league this season, averaging 26 touches per game.

At first, AFLW recruited heavily from other sports to help kick-start the league. But the new generation of players have grown up as footballers first. Among the cross-coders who were foundation players are St Kilda was co-captain Cat Phillips, of Ultimate Frisbee fame.

Instead of intimate game knowledge, Phillips brought elite professionalism and experience to a new
league that needed just that. Much like former Australian Diamonds captain Sharni Norder (nee Layton), who is in her third season and affirms being successful in AFLW is about more than having the best stats.

“It was really hard swapping over from netball, there was almost no correlation, but because I’m an
older athlete, I had the ability to take on a game plan so I knew what they were trying to achieve,” she said.

“If I didn’t have that there is no way I could have played because at the start my skills just weren’t up to standard.

“I love that the young guns are coming in and challenging the older girls, even for Maddy to win the
B&F last year was incredible and just shows us that we really do have to push ourselves to keep up,
they’re pushing the standard to a whole new level.

“I think AFLW is pretty much the only sport where the youngest are really dominating because
they’ve played the whole way through, whereas in any other sport, it’s a hierarchy of age and
experience.”

Western Bulldogs AFLW midfield coach Natalie Wood says young players have grown up with better facilities for women than their predecessors, and felt more included. “Our list at the Bulldogs is a very young group, almost half are under the age of 21. So perhaps it’s getting harder for those older athletes because they are competing against those who have had the opportunity to build the fundamentals for a number of years before stepping into the AFLW system,” she said.

Nicole Livingstone, general manager of women’s football, is excited about the arrival of generation next.

“The talent on field continues to go from strength to strength – 57 women were drafted in the
recent NAB AFL Women’s Draft held in October – and they have immediately impacted the
competition,” she said.

“They are the first generation to have been able to watch AFLW on the television as 12-13-year-old’s
and have AFLW players as their idols.”