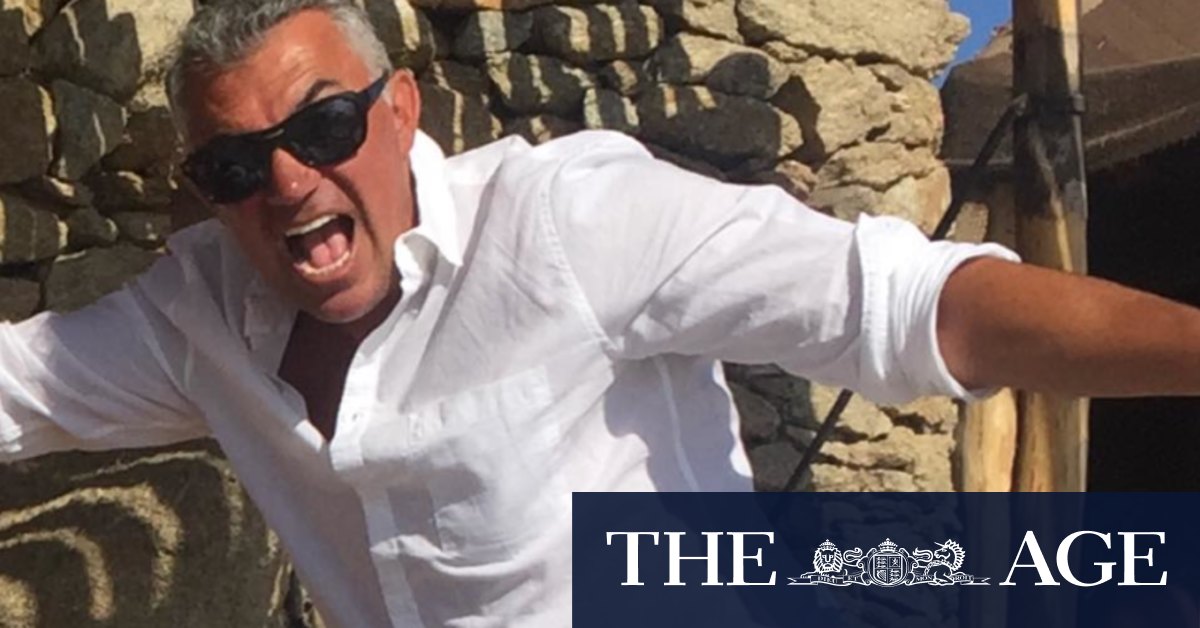 He was also drowning in more than $6 million in debt, owing everyone from the tax office, friends and development financiers charging more than 20 per cent interest on short-term loans.

Despite his recent ordeal and poor future prospects, a senior corrections officer told the inquest in November that Mavris said he felt “pretty good” about getting bail following a legal visit.

The corrections officer in charge on May 25, Dean Yarnton, had himself been through a traumatic ordeal. Three years earlier, his wife of 23 years and fellow prison officer Sharon Yarnton had tried to murder him by blowing him up in his car. She was eventually found guilty in June last year, following an earlier aborted trial.

Mr Yarnton, who has 30 years’ experience, told the inquest he did not think Mavris was a suicide risk, and that he “seemed fine”.

But his conduct and that of other corrections officers became a major issue in the inquest after it was revealed officers were watching TV, only glancing occasionally at the cell monitors, and had failed to conduct physical checks despite CCTV of such poor quality that guards could barely make out what was going on in the cells they were supposed to be monitoring.

Other guards said it was common practice at the Surry Hills cell complex to be watching the news and football, depending on the officer in charge, and Mr Yarnton admitted to allowing it despite knowing it was against policy.

He also admitted he thought a newly created role for an officer to solely scan the cell CCTV monitors was “100 per cent” overkill and a “pure waste” of money.

There’s “no need for constant supervision, just glazing over”, he said, and he only expected officers “glance” at the screens every 10 or 15 minutes.

The inquest heard that as early as 12pm on the day of his death, CCTV from inside his cell showed Mavris attempting to make preparations for his death. Footage also revealed Mavris was choked by his cellmate, who told the inquest Mavris asked him to do so.

The cellmate, who cannot be named for legal reasons, told the inquest he stopped because he didn’t want to be charged with murder. However, he didn’t notify guards of Mavris’ intentions until it was too late.

The cellmate’s role in Mavris’ death was a central question for the inquest, but Callan O’Neill, counsel representing Mavris’ family, suggested that expecting inmates to report self-harm by their cellmate “is an unsafe notion”.

Deputy State Coroner Derek Lee did not make any formal findings in regard to the cellmate’s conduct on Friday. Mavris died “as a result of actions taken by him with the intention of ending his life,” he told the inquest.

However, Magistrate Lee did make several recommendations to the Commissioner of Corrective Services NSW, including possible disciplinary actions against Mr Yarnton and training of officers on the impermissibility of watching TV.

He also recommended an urgent review of the complex’s CCTV cameras to ensure their quality is sufficient.

A spokeswoman for Corrective Services NSW said the agency is “thoroughly reviewing the Coroner’s findings and will look at amending our policies in line with the recommendations”.

“We continually seek to improve security, access to health services, inmate management and the design of correctional facilities to prevent deaths in custody,” she said.

Jenny Noyes is a journalist at the Sydney Morning Herald.