Breaking News
Home / Federal Politics / Facebook is my friend. I mean that sincerely, but I need to find some others

Facebook is my friend. I mean that sincerely, but I need to find some others

admin 6 days ago Federal Politics Comments Off on Facebook is my friend. I mean that sincerely, but I need to find some others 4 Views 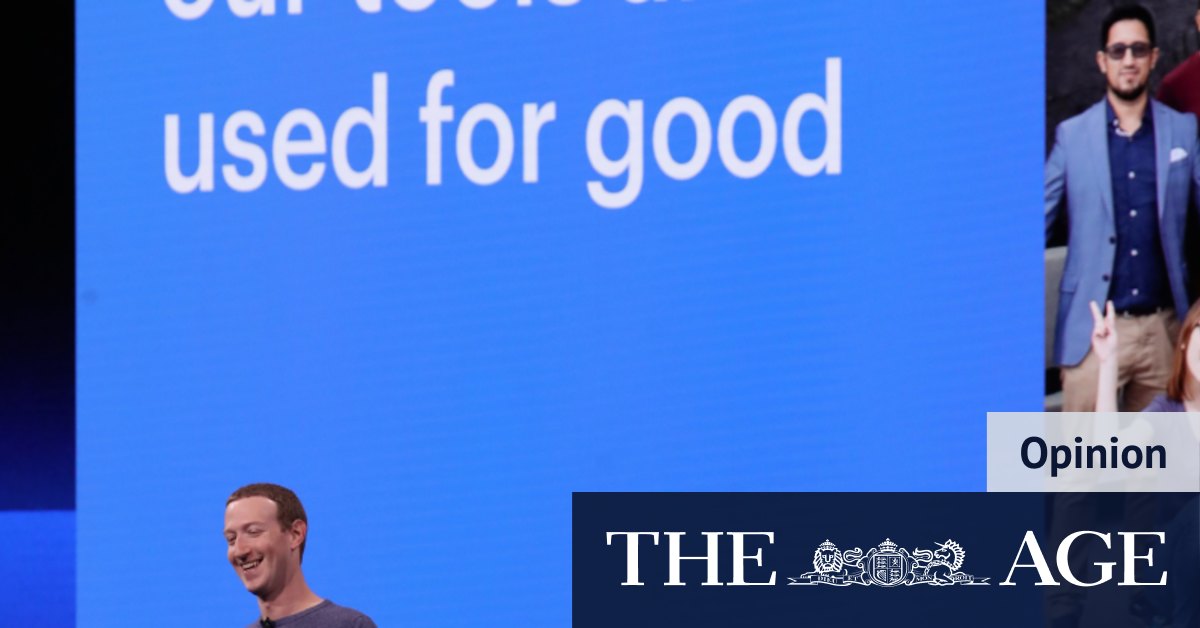 “Social platforms have extraordinarily well researched the psychology of how we live our lives,” says businessman Mark Bouris. “And they’ve got it to become compulsory. They’ve actually tapped into narcissism in a big way. ‘Like me, follow me.’ They are promoting narcissism on a grand scale, but on an individual level.”

And while we think the purpose of Facebook is to connect with family and friends – and it started that way – it’s actual purpose is to sell advertising. Because it knows so much about us, it can sell corporations detailed user profiles to target consumers in a way news outlets cannot hope to match.

This enabled Facebook to rake in $674 million from local advertisers in 2019, yet its global structure allowed it to minimise its profits in Australia to $22.7 million. Thus its income tax bill was less than $17 million.

Google made $4.3 billion from advertising in Australia, of which it paid 1.4 per cent in tax. In marked contrast to Facebook, though, Google has been signing deals with media companies this week, ensuring it will hand them money in response to the government’s News Media Bargaining Code.

The tech giants had argued the code unfairly singled them out. But, hey, they’ve been singled out all through their history. They pay little tax. They don’t get sued for defamation. They are not subject to media regulations that govern TV, radio and newspapers. In Australia they are monopolies over the digital advertising market. (For every $100 spent on advertising in 2019, $53 went to Google, $28 to Facebook and just $19 to all other websites and ad tech.)

It’s fair to say I’m not the only one who loves Facebook. Advertisers love it. Perhaps our governments have given it a bit too much love – until now.

Facebook Australia and New Zealand managing director Will Easton points out that last year FB generated about 5.1 billion free referrals to Australian publishers worth an estimated $407 million. He also says news accounts for less than 4 per cent of the content that people see on their Facebook news feeds. But then he goes on to say the bargaining code “seeks to penalise Facebook for content it didn’t take or ask for”.

Well, yes. Sort of. Traditionally, content was for Facebook’s users to determine. The company didn’t get a look-in. Facebook was not in the business of making editorial choices but instead reaped the rewards while just about everyone – businesses, governments, even my old apartment complex – moved their information onto pages hosted by Facebook. That has made Facebook more and more indispensable, and news companies, like everyone, were compelled by Facebook’s huge audiences (17 million of Australia’s 25 million people).

But this week Facebook behaved as might a publisher and made a sweeping editorial judgment: to black out all Australian news from its site. This tantrum was tactical. It was its bargaining chip in its dispute with Prime Minister Scott Morrison and Treasurer Josh Frydenberg over the bargaining code. But then, as Morrison put it, social media sites may have changed the world, but they don’t run it.

More global regulation for Facebook, in the many problematic areas mentioned above, is inevitable. Ultimately, Facebook has made a bet, and that bet is about you. It’s betting you won’t like the news ban but you’ll still be addicted to the communities you’ve built, so you won’t significantly alter your behaviour.

Well, let’s see. It’s over to you. Remember, there was a time before Facebook. There was a time when we got our news by ranging across the internet to find it, not by scrolling our Facebook news feeds. It might be time to stop scrolling and start living again.