admin 2 weeks ago Sport Comments Off on ‘I’m the challenger:’ Medvedev excited by chance to blemish Djokovic’s record 8 Views 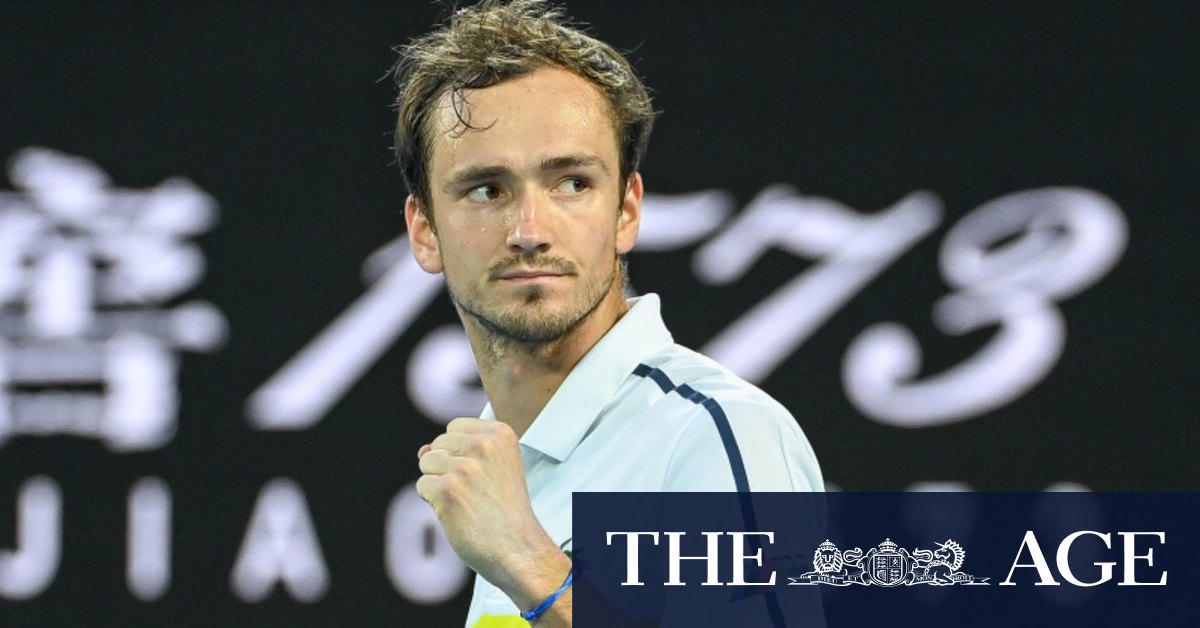 “We have, since the first one when I was ranked [about] 60, we had always tough matches physically, mentally. And he’s one of the greatest tennis players in the history of tennis,” said the world No.4.

“So playing final against him is superb. I’m really happy about it. Let’s see what happens on Sunday.

“When I say no pressure, for sure when we get out there we both feel pressure. I want to win my first one. He wants to win number 18.

“I think if we talk in general, well, I have nothing to lose, to be honest.”

Medvedev is unbeaten since November, winning the ATP Finals in London and taking Russia to the ATP Cup teams title. In that period, he has beaten every other member of the world’s top 10, bar Roger Federer, who missed the Australian Open.

“It’s great to hear this. I mean, happy about myself, because I remember one moment when I was already playing quite good I actually was struggling with the top 10 guys when I was maybe around top 20 or top 30.

“It’s great to hear this and I’m really happy about it.”

Medvedev was again in scintillating form against Tsitsipas, winning 6-4, 6-2, 7-5, but he said his best match this tournament had been against countryman Andrey Rublev in the quarter-finals.

Once Tsitsipas was down a break after also losing the opening set, Medvedev applied relentless pressure on his younger Greek opponent.

World No.6 Tsitsipas did rally momentarily in the final set but his challenge was soon snuffed out.

With the Greek serving at 5-5, 15-40, Medevev pulled out a ridiculous backhand winner to secure another break of serve, giving him the chance to serve for the match.

The Russian signalled triumphantly to the crowd, which had bit by bit been getting behind Tsitsipas hoping he would somehow repeat his come-from-behind victory over Rafael Nadal in the quarter-finals.

Medevev then held serve easily to close out the win.

“They were mostly for him, and that was, you know, the moment that I won the match, we should say. Of course you have to serve after, but that was important moment,” said Medvedev, smiling.

“I wanted them to recognise me, I would say, because the shot was unbelievable, I think one of my best shots in my career.

“Actually, my legs were facing the other way of the court because I didn’t have time, so I have no idea how I made this.”

Previous Monstrous act exposes the cold inhumanity at the heart of the Morrison government
Next ‘Our own worst enemy’: Force no match for Brumbies