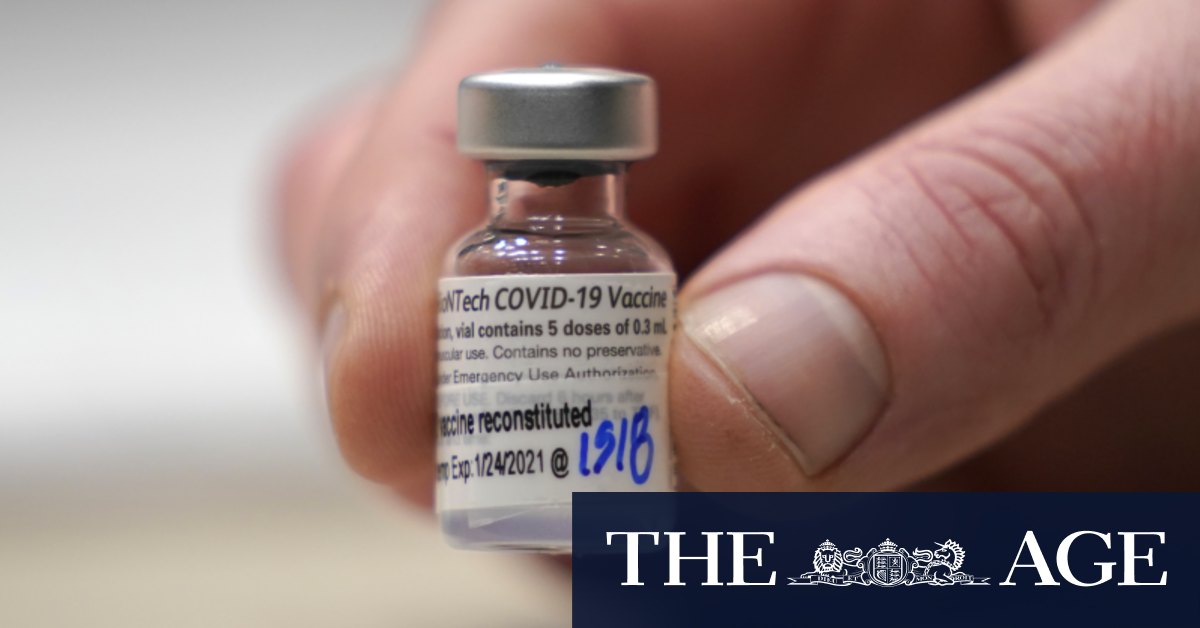 Published in The Lancet on Thursday and drawing from a group of 9100 Israeli health care workers, the study showed that Pfizer’s vaccine was 85 per cent effective 15 to 28 days after receiving the first dose. Pfizer and BioNTech’s late-stage clinical trials, which enrolled 44,000 people, showed that the vaccine was 95 per cent effective if two doses were given three weeks apart.

(A flurry of recent studies have also suggested that people who have recovered from COVID-19 may not need more than one dose of a vaccine.)

Pfizer and BioNTech also announced on Friday that their vaccine can be stored at standard freezer temperatures for up to two weeks, potentially expanding the number of smaller pharmacies and doctors’ offices that could administer the vaccine, which now must be stored at ultracold temperatures.

Distribution of the Pfizer-BioNTech vaccine has been complicated by the requirement that it be stored in freezers that keep the vaccines between minus 80 degrees and minus 24 degrees.

The vaccines are shipped in a specially designed container that can be used as temporary storage for up to 30 days, if it is refilled with dry ice every five days. The vaccine can also be refrigerated for up to five days in a regular refrigerator, if it has not yet been diluted for use in patients.

A similar vaccine from Moderna, by contrast, can be stored in standard freezers and then in a refrigerator for up to 30 days, which has allowed it to be used more readily at smaller vaccination sites.

Previous Two women in Florida ‘dressed up as grannies’ to get vaccinated, health official says
Next PM stops advertising on Facebook as MPs call for more regulation