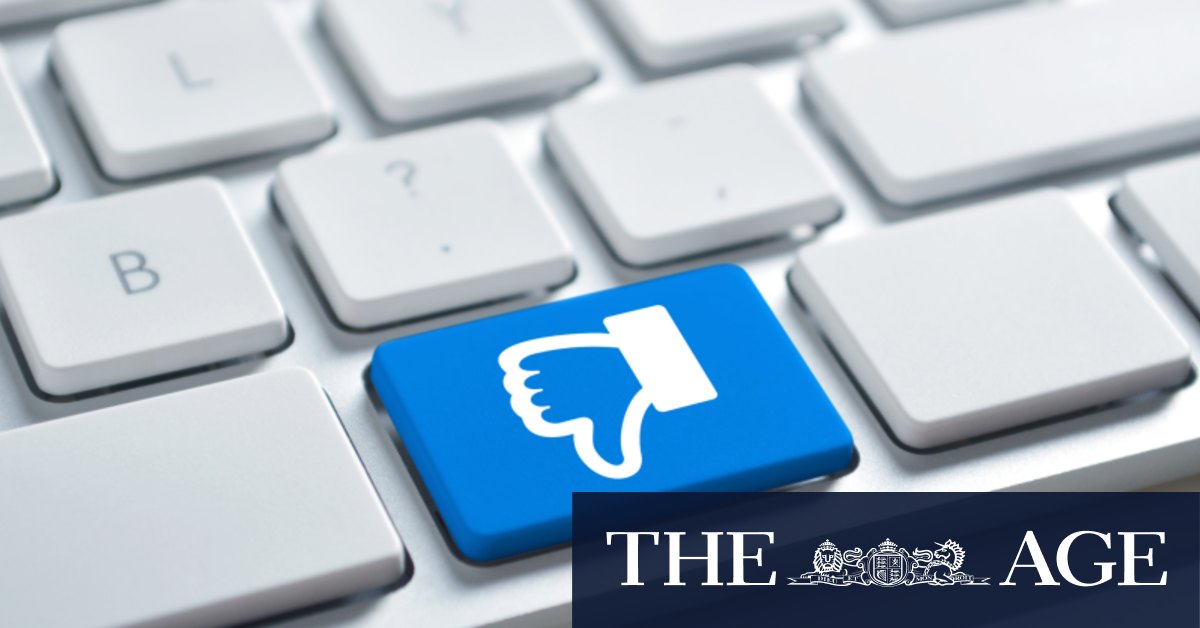 “They’re not actually taking on the Australian government — they’re taking on Australian people and hurting those who need access to information.

“So I thought I should not be paying for ads to support that company.”

Mr Wood, the member for La Trobe in the eastern suburbs of Melbourne, posted a link to The Age and The Sydney Morning Herald on Friday to encourage people to read a report on the government response to the social media giant, but he found the company would not let him “boost” the post to increase its audience.

He compared the company to the Communist Party of China in the way it controlled information.

Prime Minister Scott Morrison has halted advertising on Facebook, in a decision matched by most ministers, and declared on Friday he would not give in to the company’s demands to changes to Australian law.

Energy Minister Angus Taylor decided on Thursday to suspend advertising on Facebook, describing the company as “arrogant” in its treatment of customers.

The proposed law, which mandates a bargaining code to force Google and Facebook to pay media companies for using their content, is being watched by other countries and the European Union as a precedent in regulating social media.

While Mr Morrison has not threatened regulation on top of this law, Liberal MPs said there was a growing case for more oversight of Facebook in the light of its actions.

“Many individuals have been defamed, bullied or harassed on Facebook and have had little recourse because they have claimed it is too difficult to police their platform,” said Julian Simmonds, the Liberal member for Ryan in Queensland.

“Yesterday’s wholesale shut-down proves the point I’ve made previously that Facebook are publishers — they pick and choose what to host on their platform.

“They should be held to account under Australian law as the publishers they are and Australians should have the right to sue Facebook for hosting comments about them that are defamatory or amount to harassment.

Liberal MP Fiona Martin, a psychologist who worked in private practice before entering Parliament, said the federal e-Safety Commission could need stronger powers over Facebook and others.

“Some of these issues, particularly with misinformation and abuse, would fall within the scope of the e-safety commissioner and there’s an argument that oversight can be strengthened,” she said.

Liberal NSW Senator Andrew Bragg said Facebook had proven the argument that big tech companies were both utilities and publishers.

“They are utilities like banks, telcos and power companies because they supply essential consumer services and are omnipresent,” Senator Bragg said.

“But they have again proven their status as publishers: they censor their platforms and remove users at all.

“Most troubling of all, they seem unwilling to remove incitement and defamatory material from their platforms.”

Liberals and some Nationals have argued against heavy regulation in the past but appear to be shifting on the issue because of concerns over Facebook’s market power.

“When Facebook removed real news, they became a haven for fake news. Ultimately we should not resile from stepping into this regulatory space,” Senator Bragg said.

“It has always been a feature of Australian liberalism to bolster markets but with a preparedness to regulate in the public interest or where there is market failure.”

Liberal MP Julian Leeser said the company needed to be subject to a wider look at regulation.

“I think we need to look more holistically at the regulation of social media companies,” he said.

“Whether an ombudsman is the right thing or not, I don’t know, but we do need to look at it more closely.

“Just because you operate across jurisdictions does not mean you are above our laws.”