Breaking News
Home / Victoria News / Why The Age is, and will continue to be, editorially independent

Why The Age is, and will continue to be, editorially independent

admin 1 week ago Victoria News Comments Off on Why The Age is, and will continue to be, editorially independent 6 Views 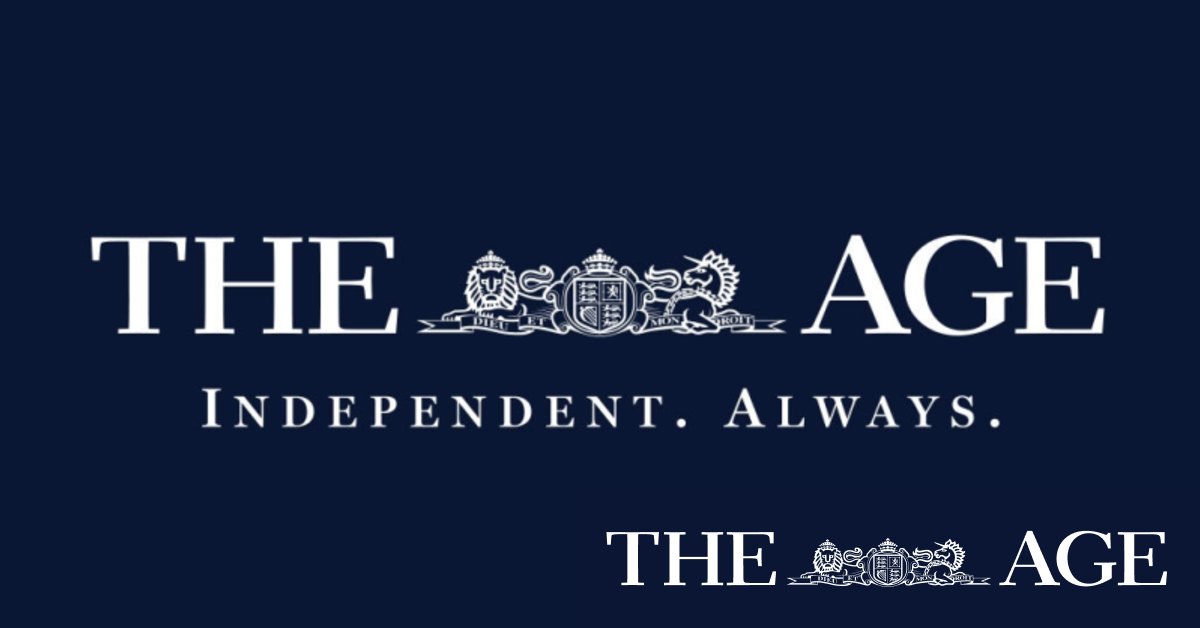 These were legitimate questions and I see them in your correspondence today. Some of you write that while you haven’t seen independence wobbling at The Age, you are worried that it might in the future. You are wary of it. One person wrote to me recently about the “blatant favouritism” of Nine’s political donations last financial year – it gave twice as much to the Liberal Party ($62,906) as Labor ($27,500) – more on that later. Some of you have asked about The Age’s charter of editorial independence and whether it remains in place – it does.

I don’t expect you to blindly trust my word, but I do ask that you judge The Age on our journalism. You may not realise it but you, our subscribers, have enormous power. To give some background, when I left The Age in 2012, we were scrambling for online “hits” as classified advertising disappeared from the newspaper.

The Age was not alone in this – traditional media globally were trying to work out where the revenue would come from in the digital era. The hope was that online traffic would attract advertising. I remember being in one meeting where it was suggested that we should scrap our books pages because they didn’t get many ads. That pressure was resisted.

In my latest incarnation at The Age, there is no longer a chase for web traffic. Advertising is still important for The Age, but more vital are our subscribers – you. Our editorial and commercial success – for me as an editorial person, the need for revenue so we can sustain high-quality journalism – depends on serving our subscribers well and earning their trust.

We know – from the research we do but also from common sense – that people who pay for The Age want independent, fair, fact-based journalism and intelligent opinion pieces that offer a diversity of views. You will quickly tell us if we stray from that purpose and start spruiking one political party or another, or avoid tough stories about advertisers, for instance.

Have the fears of the Nine takeover been realised? The evidence suggests otherwise. Our investigative journalism has not diminished. It has strengthened, with occasional co-productions with 60 Minutes expanding the reach of our investigations. Through the economic pain of COVID-19, Nine did not announce mass redundancies, as some other media companies did. Indeed, our newsroom has grown over the past two years. Nine recognises, I believe, that our point of difference is quality journalism.

My brief experience has been positive. Nine is a well run company – not the case in some previous incarnations of Fairfax! – and has a sophisticated understanding that The Age, 3AW and Nine News are different and need to serve their own audiences and work together where it makes sense.

Some of you may not know about The Age Independence Committee but it has a long and proud history. It is the guardian of the Charter of Editorial Independence, conceived in 1988 as part of a campaign to prevent British press tycoon Robert Maxwell from taking over the newspaper. The charter ensures the newsroom can do its job free from the involvement of the corporate owner.

At the time, the charter was the first of its kind in Australia and later expanded to include the Sydney Morning Herald and the Australian Financial Review. I am a former member of that committee. One of its key paragraphs is that “the proprietor(s) acknowledge that journalists, artists and photographers must record the affairs of the city, state, nation and the world fairly, fully and regardless of any commercial, political or personal interests, including those of any proprietors, shareholders or board member”. The Nine board has endorsed the charter.

The independence committee wrote to Nine’s CEO Hugh Marks about the donations and he replied that the discrepancy between the parties was inadvertent and that Nine would no longer make any political donations. It would fulfil a commitment to participate in standard business forums for both major parties for another year, but end that, too. That was a good and welcome response.

You are unlikely to agree with everything published in The Age and that’s to be expected. But I can assure you that the stories we pursue and how we pursue them will be decisions made by journalists and editors and nobody else. Don’t trust my word on that. Judge us by our work. And keep your correspondence coming! There are many voices in my ear, but it is the views of our subscribers that matter most.

Gay Alcorn is the Editor of The Age