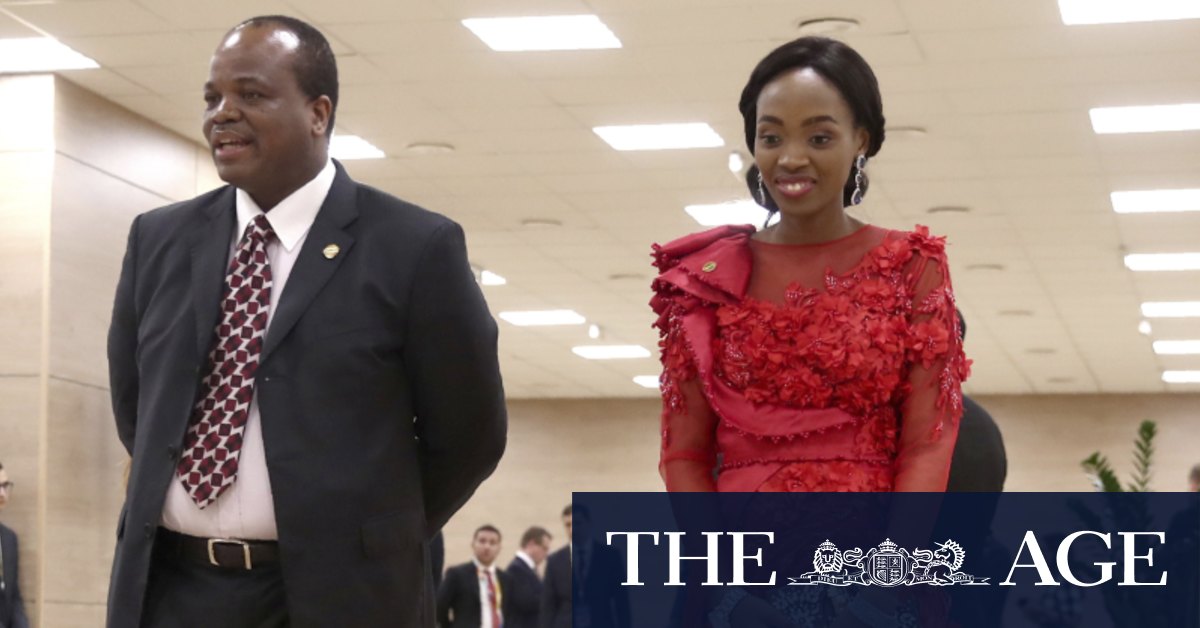 “I am grateful to the President of the Republic of China on Taiwan for sending through this medication to treat me,” he said in the speech posted on the eSwatini government’s official Twitter account.

“I do believe that my testing positive was to bring to light the discovery of this treatment. I did not announce it then but when I intended to mention it, I discovered that I was now negative.”

The king could have been referring to Gilead Sciences’s antiviral drug remdesivir, which was conditionally approved in Europe in July for treating COVID-19 in adults and adolescents with pneumonia requiring oxygen support.

Using the slogan “Taiwan can help”, the government has been keen to showcase its assistance to other countries during the pandemic, donating face masks and other supplies.

China claims Taiwan as its own territory with no right to state-to-state ties. Only 14 countries now officially recognise the island’s government.

eSwatini has recorded almost 17,000 infections of the coronavirus and 644 COVID-19 deaths.

Meanwhile, Taiwan’s air force scrambled on Friday after eight Chinese fighter aircraft flew into the southwestern part of its air defence zone in another display of stepped-up military activity around the democratic island.

The Taiwanese Defence Ministry said four Chinese J-16s and four JH-7s as well as an electronic warfare aircraft flew near the Taiwan-controlled Pratas Islands in the top part of the South China Sea.

Chinese aircraft fly in the south-western corner of the zone on an almost daily basis, though the last such large-scale incursion was on January 24 when 12 Chinese fighters were involved.

Previous ‘Wrong’: MI6 top spy apologises for discrimination against gays
Next ‘The foundation of life’: why Annelie Holden made a bushland bequest