Decision to push ahead with Australian Open vindicated, says Tiley

admin 1 week ago Sport Comments Off on Decision to push ahead with Australian Open vindicated, says Tiley 5 Views 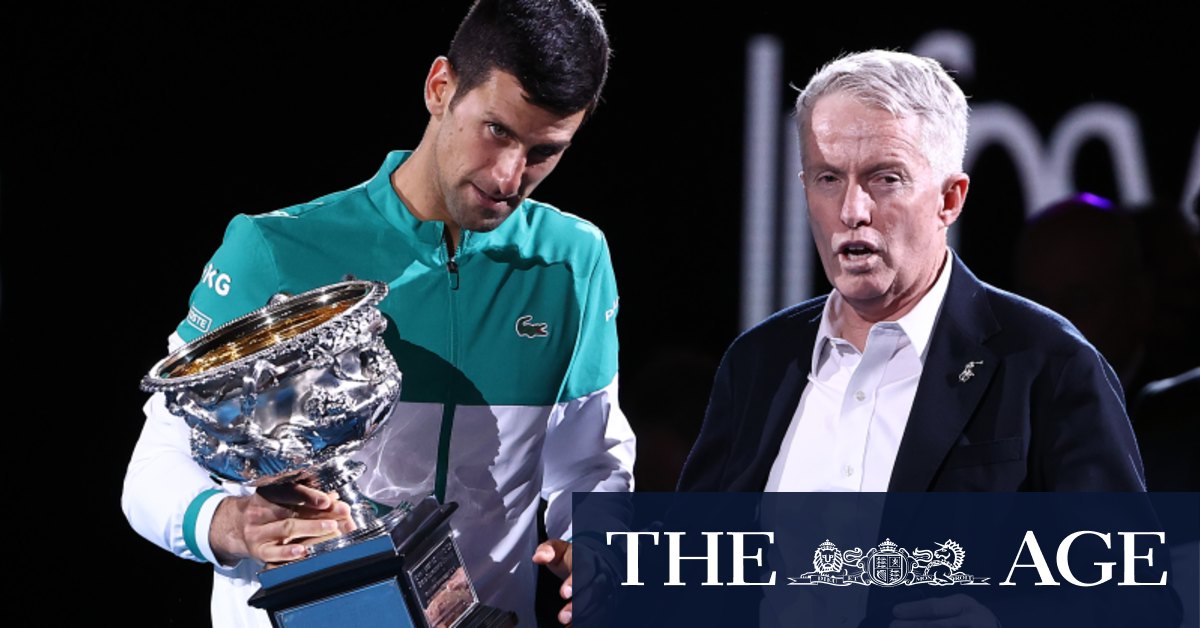 “I’d make this decision 100 times over,” said Tiley. “Hard. Difficult. Stressful for many. My tank is low. Everyone’s tank is low.

“The feedback I’m getting from people all around the world, mainly business leaders … comments and texts saying how unbelievable this actually is, that this has been achieved – it’s all on Melbourne and on Australia.

“Time will tell how critical the decision was to do it, and why it was the right thing to do, even though it was as hard as it was.

“Sport in Australia is critical to our livelihood and our wellbeing, and that’s the easiest thing to go in a pandemic. And so we’ve got to fight to keep it, and fight to keep events because that keeps the relevance for the sport and the community.

“And the government has realised it, and that’s why they backed it.”

The Open took a revenue hit of more than $20 million because of the five-day block without spectators, forced by the Victorian lockdown that covered the middle weekend, and TA also had to foot the $40 million quarantine bill. Organisers had to contend with complaints from some players about quarantine conditions and from some in the community for allowing players to fly in while thousands of Australians were stranded overseas.

Tiley said the threat from other cities and events seeking grand slam status was genuine, with Shanghai, Madrid and Indian Wells in California ready to pounce.

“How you lose it is through the inability to bring in the sponsors, the broadcast partners and, most importantly, the players,” he said.

Asked which city represented the biggest threat, Tiley said: “All of them.

“That’s what we have to do, and we can take nothing for granted.

“If it’s absolutely impossible … you cannot have it because government regulations say no … well then you can’t, and you live with it.”

Tennis Australia will establish bases in Europe and the United States to help players tour through the COVID-19 pandemic.

”We’re setting up a European base, and an American base. We’re finalising those details now – a place that our players can go and train, they can stay, have an Aussie house, feel comfortable, have coaches, until we manage a quarantine program [when they return to Australia],” said Tiley

Australia’s world No.1 Ashleigh Barty, who will play a WTA 500 event in Adelaide this week, is poised to hit the road again after opting against overseas travel in 2020.

Next month the Queenslander is set to play events in the Middle East and then the Miami Open, where she is the defending champion.

Asked last week whether she was nervous about travel, Barty said: “Yeah, it’s a tricky one because I think the health of my team and myself will always be the priority, no matter what.

Previous Novak’s Nine: Djokovic wins yet another Australian Open, beating Daniil Medvedev
Next The Naomi slam: Osaka wants to win on all surfaces