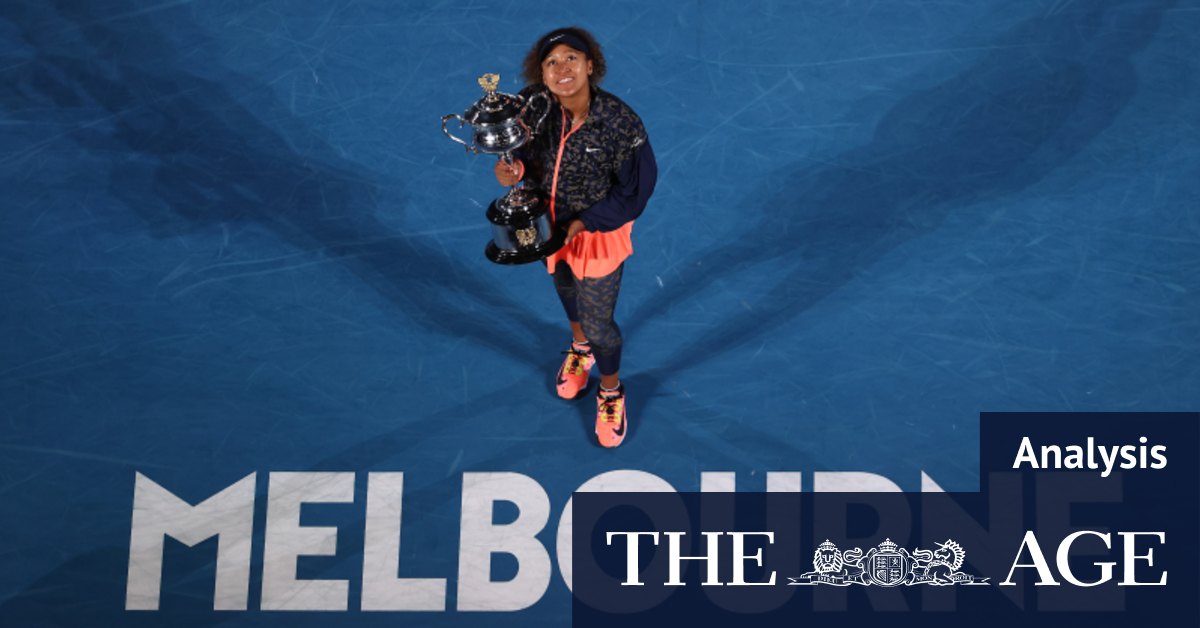 Adding to the impression of a changing of the guard was Williams’ tearful exit in the semi-finals, when she was too emotional to say whether this would be her last Australian Open. If she does make it back to Melbourne Park next year, Williams will be 40.

Tournament organisers dodged a bullet when the time for spectators to leave John Cain Arena – 11.30pm on a Friday night, due to the imminent start of Victoria’s five-day lockdown – happened after Nick Kyrgios lost a five-setter to Dominic Thiem. Otherwise, there could have been a riot. Asking the fans on ‘the people’s court’ to get up and leave with the match unfinished would have been tough. This year’s Australian Open was another reminder of the 25-year-old’s extraordinary pulling power. There are lingering questions about how much Kyrgios needs tennis – but make no mistake, tennis needs NK.

His 2021 tournament had his staple fare: ’tweeners, stacks of underarm serves, a fighting five-set win and then, in the next round, giving up a two-set lead to lose in five – on the night that punters, even with reduced crowd capacity, were glued to their seats as Thiem took advantage to defeat the Canberran. One thing stood out – Kyrgios holding his own in long matches.

There were more instalments in his spat with Novak Djokovic, too. When Djokovic made a list of demands for quarantined players, Kyrgios called him a tool. The world No.1 couldn’t help himself when he was asked to return serve. “My respect goes to him for the tennis he’s playing. I think he’s very talented guy. He’s got a big game. He has proven that he has a quality to beat any player really in the world in the past,” Djokovic began. And then the smash: “Off the court, I don’t have much respect for him, to be honest.″⁣

Give credit where it’s due. Tennis Australia’s staff deserve hearty congratulations for pulling this whole thing off – a major event held with the undeniable risk that comes from flying in hundreds of players and their entourages from countries where the number of positive COVID-19 cases is out of control. Only TA will know the sleepless nights, the crazy curve balls, the unusual player requests from lockdown, the logistics of running qualifying events tens of thousands of kilometres from Melbourne.

The decision to go ahead with the Australian Open drew sharp criticism after the sacrifices made by Victorians during the state’s deadly second wave. But the sight of thousands of fans again enjoying the Melbourne Park surrounds on a beautiful summer’s day after the lockdown ended showed wonderfully how this event matters to Melbourne and its people.

The salient lesson for sport over the past 12 months has been the reminder, if we ever really needed one, of the close ties between fans and sport. Sure, events can can go ahead with broadcast-only models, and plenty have, but the spectacle of the tennis suffered more than most when Melbourne Park was bereft of fans for five days because of Victoria’s snap lockdown. The first day without crowds felt particularly surreal for television viewers at home, with the sound of ball on racquet echoing around empty courts, but Channel Nine moved quickly to pipe canned crowd noise to its audiences which helped. From courtside, though, watching Rafael Nadal slog out his third-round match on a Saturday night in front of a couple of hundred people – officials in the “tennis bubble” – was a truly strange experience. The players voiced their appreciation when crowds returned at about 50 per cent capacity.

It’s tempting to put too much stock in the medical time-out shenanigans that preceded the swift shift in momentum during Ashleigh Barty’s quarter-final loss to Karolina Muchova. One thing’s certain, however, Barty herself wasn’t looking for blame. The legitimacy of Muchova’s medical treatment – when Barty was up a set and a break – will continue to be debated, but world No.1 Barty summed it up pretty well: the players don’t make the rules, they simply abide by them. The brutal reality is that the Queenslander’s game dropped off considerably. Just six unforced errors in the first set turned into 19 in the second and then 12 in the deciding set. It’s 43 years since an Australian won their home grand slam, and the long wait continues.

Still, Barty reached a major quarter-final – a week after winning a lead-up tournament – after not playing an official match in 11 months. Glass half full, and all that.

Tennis players are accused of living in a bubble at the best of times. Their reputation for being entitled and distanced from reality was not helped when a minority of players complained about the strict quarantine rules, which were stricter still for the 72 players who had the misfortune of travelling to Australia on charter planes carrying passengers who subsequently tested positive for COVID-19. Among those who complained were Spaniard Roberto Bautista Agut, who said being confined to his hotel room was like prison with Wi-Fi, and Yulia Putintseva who tweeted footage of a mouse in her hotel room. Others made the best of the situation, hitting up against upturned mattresses to stay in touch.

Some gripes had merit, but TA bent over backwards to ensure the players’ stays were comfortable as possible and even arranged an extra WTA warm-up event for the female players in hard lockdown. In the end, American Jennifer Brady disproved the theory that it would be impossible for the 72 players to reach the pointy end of the Open, beating hard lockdown to make the final.