Breaking News
Home / Federal Politics / ‘It was our economy, now we are dirt poor’: First Nations people dispossessed of water

‘It was our economy, now we are dirt poor’: First Nations people dispossessed of water

admin 1 week ago Federal Politics Comments Off on ‘It was our economy, now we are dirt poor’: First Nations people dispossessed of water 9 Views 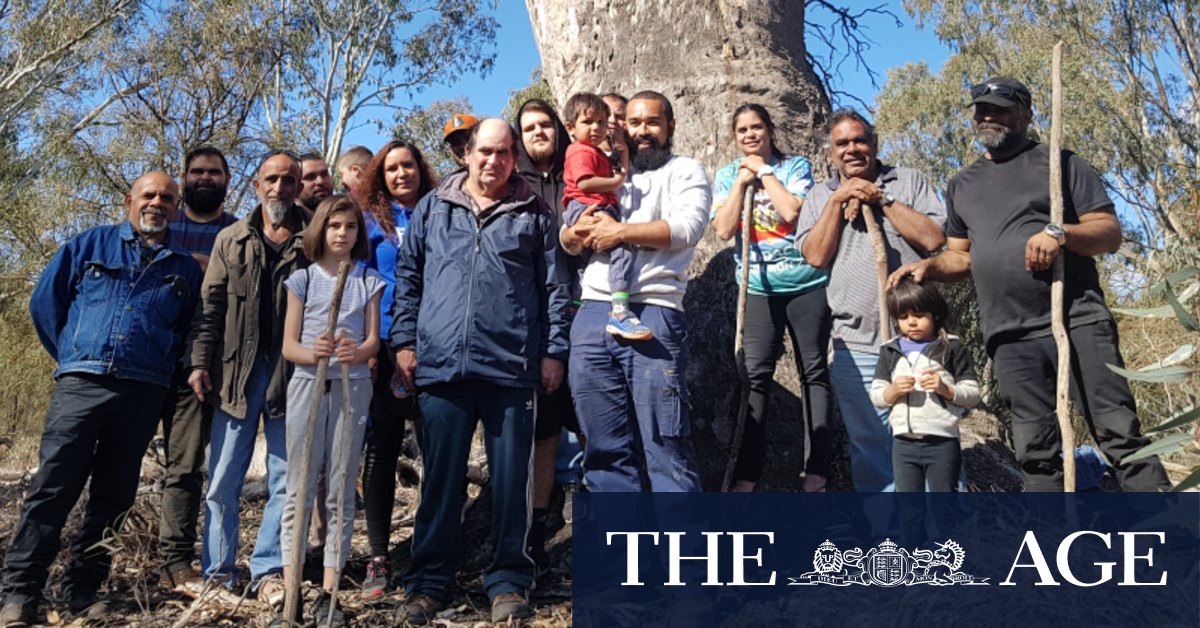 “Prior to invasion our people owned and managed 100 per cent of the water in the basin. Now, we have just a tiny amount of ownership,” Mr Kennedy said.

“We shared and managed the water for the animals and plants. It was our economy. But it was taken away from us. We were rich people and now we are dirt poor, sick and depleted.”

Water rights are required to extract water from the river for any purpose such as irrigation cropping or environmental watering for a wetland. These entitlements are granted by state governments and owned by farmers and environmental agencies alike.

Mr Kennedy, who is a delegate in the Murray Lower Darling Rivers Indigenous Nations confederation says the sliver of ownership “is an absolute disgrace”.

“It’s not just the past dispossession, it’s happening now.”

Dr Lana Hartwig from the Australian Rivers Institute said there had been three waves of dispossession of water rights for First Nations peoples.

“I expected the ownership figures would be low, but to put a number on it was still shocking,” she said.

The first wave of dispossession, as Dr Hartwig calls it, occurred initially when colonial pastoralists claimed land next to the river and were granted permission to extract water. This arrangement was formalised 100 years ago, she said. “If you held land you applied to the state government to take water.”

“But 100 years ago Aboriginal people couldn’t own land unless it was a reserve and even then the Crown held the title to that reserve, which meant that First Nations couldn’t hold land, so they couldn’t hold water.”

The second wave followed when states started to grant some land rights to First Nations people, which Dr Hartwig said gave access only to poorer quality land which did not come with any water rights attached.

“The third wave of dispossession is now, where water became a commodity from 2004,” Dr Hartwig said.

Those with pre-existing rights accrued significant value when their non-tradeable water rights were transferred to the open market. But because the Murray Darling water market is fully allocated, the only way to access rights is to buy in at significant cost.

The Indigenous population of the Murray-Darling Basin is growing and forecast to rise from 5.3 per cent of the region’s total population in 2016 to 16 per cent by 2030, placing greater pressure on access to water rights.

The federal government set aside $40 million, representing 0.2 per cent of the Murray-Darling water market’s value, to purchase rights for Aboriginal peoples across the basin two-and-a-half years ago, but is yet to invest any of the money.

Since then, the Closing the Gap agreement in March 2019 between Australian governments and Aboriginal and Torres Strait Islander groups also set a goal to form a target for First Nations water ownership.

Murray Darling Basin Authority chief executive Phillip Glyde said water was crucial for First Nations people and it was one of six priority areas identified in the 2020 Basin Plan Evaluation which he said required ongoing focus by state and federal governments.