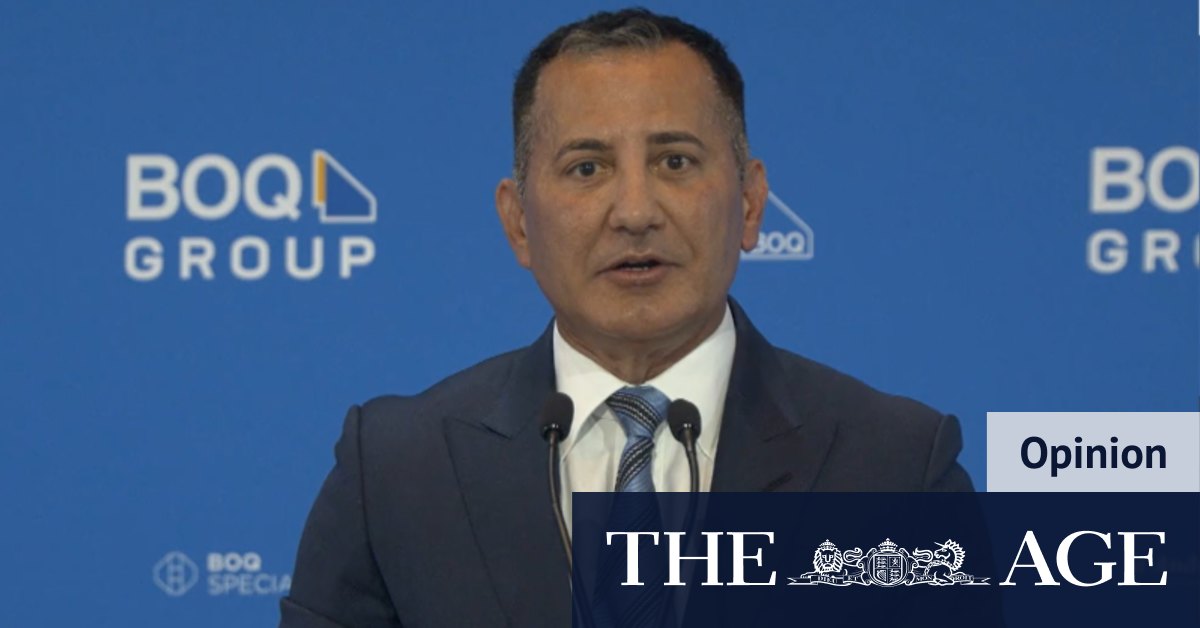 Over the past 18 months he has engineered an impressive performance turnaround at BoQ – a feat that has earned him the licence to undertake this stage two transformation.

Thus this deal begins the next chapter of Frazis’ career as an empire builder.

The combination of BoQ and ME Bank doesn’t come close to catapulting the merged organisation into the big four bank league, rather it creates a decent-sized challenger.

Smaller banks have long been the poor country cousins to the big national brands because they operate at a disadvantage in terms of costs of funds. The near doubling of the retail bank produced by the merger should improve BoQ’s funding costs.

How successful Frazis’ customer acquisition plans will be depends on ensuring the ME Bank customer attrition is minimised.

His answer is retaining the multi-brand strategy. From a customer perspective this means they keep the experience of dealing with their existing brand at the shopfront level.

But behind the brand facades – at mid-office and back office level – BoQ’s three brands (one of which is Virgin Money which BoQ bought seven years ago) are integrated.

The banks are also billed as having cultural alignment – which seems to be another way of saying that both are generally popular with their customers. This is a feature true of most smaller banks.

The merger benefits are turbocharged by cutting $70 million to $80 million in costs, which BoQ says should be achievable in three years.

Historically multi-brand bank models have been unpopular with analysts who have regarded them as cost duplicative. In theory at least, technology should have rectified these issues at BoQ, and ME Bank doesn’t have a branch network.

The risk of merging technology systems according to Frazis is mitigated by the fact that BoQ and ME are serviced by the same core technology provider so have similar architecture – although BoQ operates the newer cloud based version.

BoQ has highlighted two other risk defraying elements to this deal. The first is it boosts the size of the retail proportion of the business relative to small to medium size business lending.

While lending for home loans is lower risk and requires less bank capital to be set aside, it is lower margin and highly competitive, the newest battleground among lenders is the SME market where the likes of the Commonwealth Bank are pushing hard.

The deal will roughly double retail loans to about $57 billion.

BoQ has billed increased geographic diversification as another plus – however its Queensland-centric operations shouldn’t be characterised as a particular negative.

While this $1.3 billion deal is not risk-free, it is easy to see why Frazis jumped at the opportunity to grab ME when its owners – a bunch of industry funds – decided that it wasn’t producing dividends for them but had at times required capital top-ups.

Frazis has a well-documented history of extracting returns from retail banking and the lure of upsizing BoQ assets and profits would have been difficult to resist.

Previous Noble looks to other sports for inspiration ahead of new season
Next Truckie failed to give way before crash that killed mum and her son, court told

COVID hasn’t changed the way we use our time, but one group of women put a high price on theirs

The early evidence shows our time use, on average, has not changed much because of …